Important: Chrome will be removing support for Chrome Apps on all platforms. Chrome browser and the Chrome Web Store will continue to support extensions. Read the announcement and learn more about migrating your app.

The toolchain for running Chrome Apps on mobile is in early developer preview. Feel free to give us your feedback using the Github issue tracker, our Chrome Apps developer forum, on Stack Overflow, or our G+ Developers page. 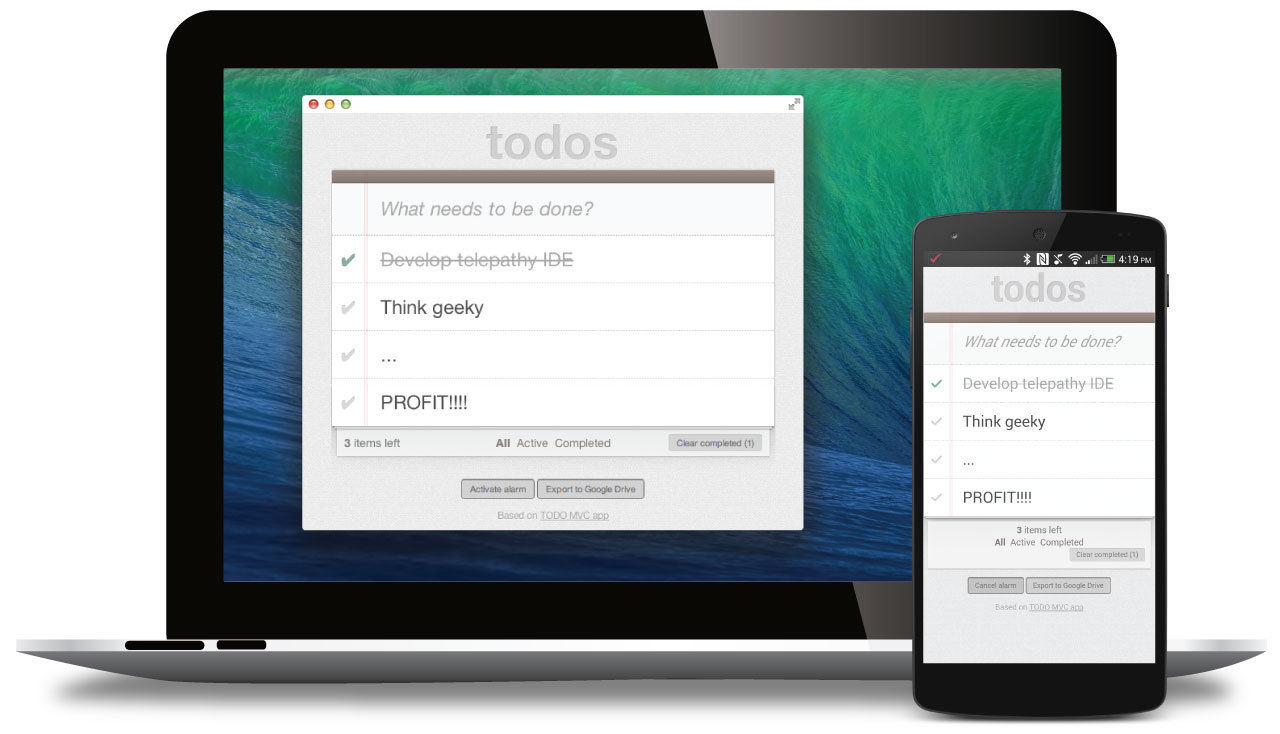 You can run your Chrome Apps on Android and iOS via a toolchain based on Apache Cordova, an open source mobile development framework for building mobile apps with native capabilities using HTML, CSS and JavaScript.

Apache Cordova wraps your application's web code with a native application shell and allows you to distribute your hybrid web app via Google Play and/or the Apple App Store. To use Apache Cordova with an existing Chrome App, you use the cca (c ordova c hrome a pp) command-line tool.

The Chrome Apps for mobile toolchain can target iOS 6+ and Android 4.x+.

# Development dependencies for all platforms

When developing an application for Android, you will also need to install:

Please note that iOS development can only be done on OS X. In addition, you will need to install:

Confirm that everything is installed correctly by running this command from the command line:

You will see the version number of cca outputted and confirmation about your Android or iOS SDK installation.

If you have already built a Chrome App and wish to port it to a mobile platform, you can use the --link-to flag to create a symlink to it:

If you instead wish to copy your existing Chrome App files, you can use the --copy-from flag:

Don't have your own Chrome App yet? Try one of the many sample Chrome Apps with mobile support.

You can build and run your application in two ways:

# Option A: Develop and build using the command line

From the root of your cca-generated project folder:

# Option B: Develop and build using an IDE

Your HTML, CSS, and JavaScript files live within the www directory of your cca project folder.

You can debug your Chrome App on mobile the same way that you debug Cordova applications.

Now that you have a working mobile Chrome App, there are lots of ways to improve the experience on mobile devices.

There are certain Chrome App settings that only apply to mobile platforms. We have created a www/manifest.mobile.json file to contain these, and the specific values are referenced throughout the plugin documentation and this guide.

You should adjust the values here accordingly.

For Android, these sizes are needed:

For iOS apps, the required sizes differ depending on whether you support iOS 6 vs iOS 7. The minimum number of icons required are:

The icons will be copied to the appropriate places for each platform every time you run cca prepare.

Apps on iOS show a brief splash screen as the app is loading. A set of default Cordova splash screens are included in platforms/ios/[AppName]/Resources/splash.

The sizes needed are:

Splash screen images are not currently modified by cca.

In your project's platforms directory, you have two complete native projects: one for Android, and one for iOS. You can build release versions of these projects and publish them to Google Play or to the iOS App Store.

# Publish to the Play Store

To publish your Android application to the Play Store:

# Publish to the iOS App Store

If you're new to Chrome Apps, the biggest gotcha is that some web features are disabled. However, several of these do currently work within Cordova.

A Chrome App may not work out of the box on mobile. Some common problems with porting to mobile:

We've made many of the core Chrome APIs available to Chrome Apps for Mobile, including:

You can track progress from our API Status page.

The Chrome Apps Developer Tool (ADT) for Android is a standalone Android app that allows you to download and run a Chrome App without setting up the development toolchain as described above. Use the Chrome ADT when you want to quickly preview an existing Chrome App (already packaged as a .crx) on your Android device.

The Chrome ADT for Android is currently in a pre-alpha release. To try it out, view the ChromeADT.apk release notes for installation and usage instructions.