What are Chrome release channels?

Learn how Chrome uses the Canary, Dev, Beta, and Stable release channels to test new features, and roll out updates.

There are four varieties of Chrome available at any one time, on mobile and desktop platforms: Canary, Dev, Beta and Stable. These are called release channels.

Within each channel, Chrome deploys a series of versions which indicate the order of release and degree of change from previous versions.

This channel is like the proverbial canary in the coalmine. This is the most experimental Chrome channel, including new and experimental features. Chrome Canary helps us try out changes with real users and developers, to test for glitches before they become a problem.

We add changes and new features to the Canary channel with minimal testing. Canary can (and does) break. Occasionally, a Canary build may even have a bug that makes the browser crash or be completely unusable on some sites. The good thing about releasing Canary every day is that updates and bug fixes can be shipped quickly too. By default, Canary reports crashes and usage statistics to Google (you can deactivate this feature).

Canary is very useful for developers and enterprise users who need to test new features as soon as they're implemented. Remember that some features may never make it beyond Canary—that's what makes it useful! It's much better that a feature is tested (and potentially rejected, or reworked) in Canary with a small number of users, before the feature is implemented for general availability in Chrome Stable.

Chrome Dev is released once or twice a week.

Chrome Dev shows what the Chrome team is working on right now. This release channel is still pretty fresh—we test it more than Canary, but you're still likely to find bugs and other glitches.

Chrome Beta is updated about once a week, with major updates every four weeks.

This browser is much more polished, carefully checked and tested. With Chrome Beta, you have access to improvements and new features more than a month before the Stable channel gets them, with a level of reliability close to Chrome Stable. You can preview features still under development, and provide feedback to improve Chrome.

Chrome Stable is updated every two to three weeks with minor updates and every four weeks for major releases.

This release is known by most people simply as 'Chrome'. Changes and updates only make it into Stable after we perform rigorous automated testing and manual checks.

This is the Chrome channel you should consider as default and current—the channel installed by the vast majority of users.

A series of versions of Chrome is deployed within each release channel, as updates, improvements, and bug fixes are incorporated during testing. For each channel, the version keeps the same major version number throughout one release cycle. For example, when this article was drafted, Chrome Stable was on version 101, Chrome Beta was 102, Chrome Dev and Chrome Canary were different versions of 103. You'll sometimes see these major numbers referred to as milestones: for example, M101 or M102.

If you're curious about the version you're using, take a look at the chrome://version page. You can observe how the version number changes over time for each channel. You can check the latest versions for each Chrome release channel and platform at omahaproxy.appspot.com. This site also provides tools to view code differences between versions.

MAJOR must be updated for any backwards incompatible change.

# Why does Chrome need release channels?

Chrome has thousands of contributors, millions of lines of code, and billions of users. Widely-used, complex software needs robust processes and strict testing mechanisms to ensure that new features and changes to code avoid adding bugs and causing unexpected side effects. Chrome engineers continue to test after Stable release, when real people start using the browser at scale.

Web browsers don't work in isolation! They need to cope with the quirks of millions of websites, changing constantly, and all kinds of user behavior—expected and unexpected.

We could release a new version of Chrome with hundreds of changes and updates, to billions of users in dozens of languages across multiple operating systems for thousands of different devices, all at once,—and cross our fingers and hope for the best. Of course, we don't do that. Instead, we begin by experimenting with a change or a new feature in Chrome Canary. In other words, we update part of the application code. Some changes never make it any further—but if all goes well, we update Chrome Dev with the change, then Chrome Beta, with more and more testing and more checks, until finally the changed code makes its way into Chrome Stable. Chrome Stable is the Chrome release that just about everyone uses—most people just call it 'Chrome'.

# What other mechanisms does Chrome use to test and deploy new features?

Chrome is designed so that some new features can be enabled or disabled with field trial flags. The Chrome application, running on your device, periodically checks Chrome's backend servers to see if there are any changes to field trial flags. Depending on the flag seed file returned by the server and a locally stored randomization seed, features can be turned off or turned on by Chrome running on your device.

For Chrome, field trials are also known as Chrome Variations or by the Google internal codename Finch. Microsoft has a similar system for the Edge browser called ECS. The Chrome Variations mechanism allows new features to be enabled for some Chrome users and not others (or turned off if necessary). You can find out more from our article and video: What are Chrome Variations?.

If the setting to help improve Chrome's features and performance is enabled (chrome://settings/syncSetup?search=improve) then Chrome can automatically monitor and send anonymous metrics to the Chrome backend—such as memory usage, page load times, or the usage of a browser feature.

Chrome uses metrics to check performance, stability, and for unexpected behavior. This mechanism can also be used with field trials to compare metrics for users who have a new feature activated, and the control group of those who don't. That way, if a problem occurs, Chrome engineers can turn off the new feature while they're working on a fix.

For some functionality, Chrome takes a modular approach: some pieces of the browser are deployed as Chrome Components using the Component Updater.

Components can be updated without requiring a new version of Chrome to be installed. This allows updates to be deployed more quickly, outside of release channel schedules, without needing the browser to be relaunched. That's particularly important for security features and can reduce the size of the Chrome installer for new versions.

For example, Chrome has a module to enable playback of copyrighted video, called Widevine. You can see the full list of Components at chrome://components.

Chromium is the open source browser project on which Chrome and other browsers are based, including Edge, Samsung Internet, and Brave. Browsers have become so complex to build and maintain that basing the code on an open source project has become a common pattern. (The Safari browser uses WebKit.) Chrome adds extra features to Chromium, such as additional video codecs, support for copyright content, and automatic updates.

You can install Chromium, which frequently has new versions available, but may be missing key features you rely on in other browsers (such as automatic updates, and licensed media codecs required to stream video). Chromium is best used by browser developers building browser features, rather than an average web consumer.

Blink is the rendering engine used to transform web page code and resources into the pages you see and interact with.

V8 is the open-source JavaScript and WebAssembly engine developed by the Chromium project for Chrome, Node.js, and other applications and environments.

# How does Chrome roll out new versions?

Chrome doesn't just release a new version to all users and hope for the best. Instead, Chrome uses staged rollouts.

This means that initially, only a small number of users for each release channel get an update—maybe only 1–5% to start, gradually building up to 100%. As a feature rolls out, Chrome engineers use metrics and user feedback to check for unexpected problems. If something goes wrong, the rollout is paused while the Chrome team works out how to fix the problem. The solution may be turning off an experimental feature, updating a component, or shipping a code update called a respin.

# How do I install different release channels?

Chrome Release Channels provides downloads for every Chrome channel on desktop or mobile, for multiple platforms. You can install them all if you want! You can also install Chromium, the open source browser that Chrome is built on.

Chrome Canary, Dev or Beta have undergone less testing than Chrome Stable. And remember that features in non-Stable channels may stop working or be removed without notice.

# How do Chrome updates work?

Chrome downloads updates in the background. To update Chrome, you only need to relaunch the browser. You might see an Update button in Chrome, or notice the ⋮ menu change color, if there's an update available and you haven't restarted for a while. Update Google Chrome explains how to install automatic updates. 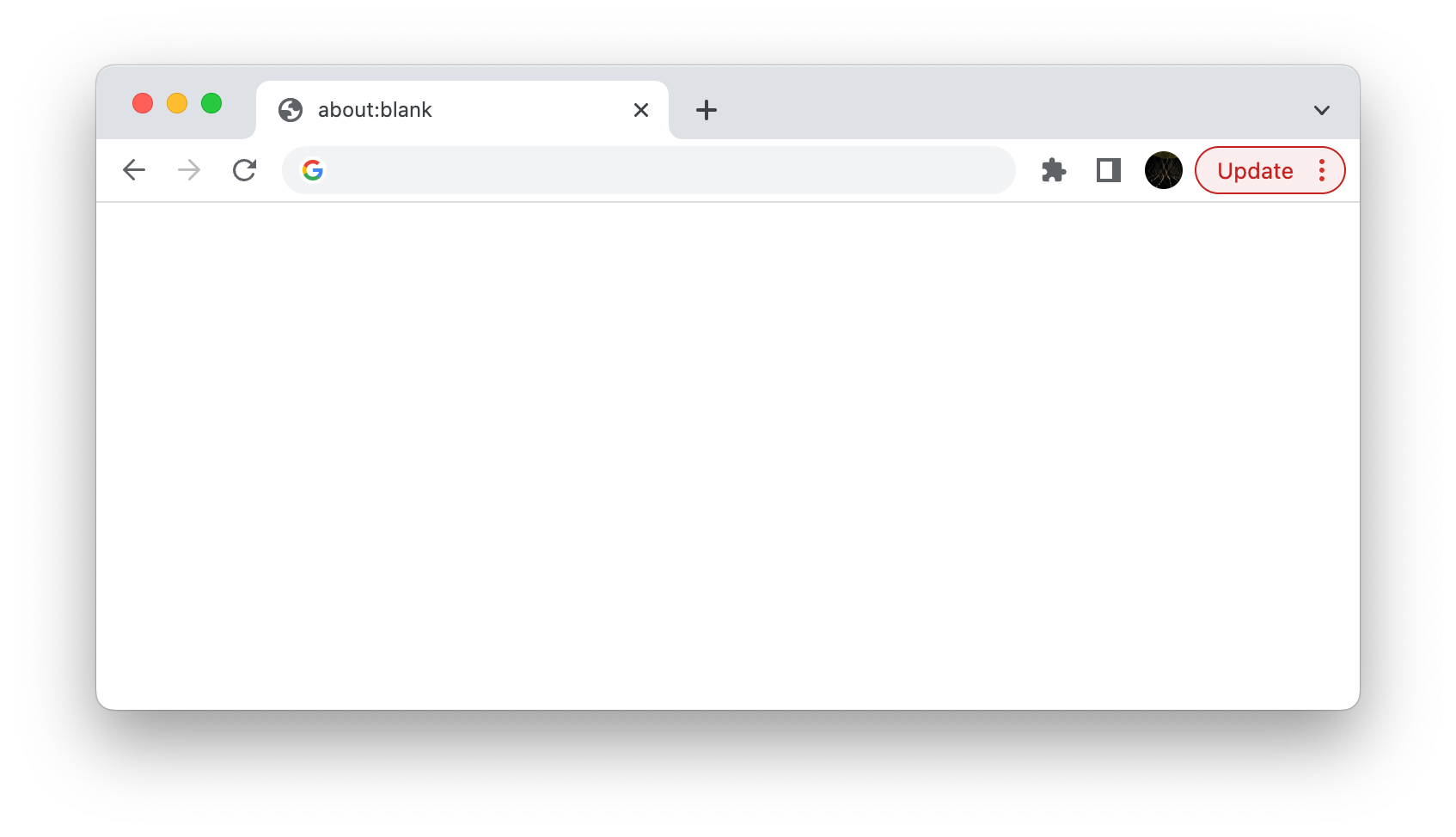 Enterprise customers can try out new versions of Chrome Canary, Beta or Dev, and maintain control over software roll-out to their staff.

The operating system used by Chromebooks, Chrome OS, works the same way. If you're feeling adventurous or you want to try out new features early on, you can switch your Chromebook to a different Chrome OS channel.