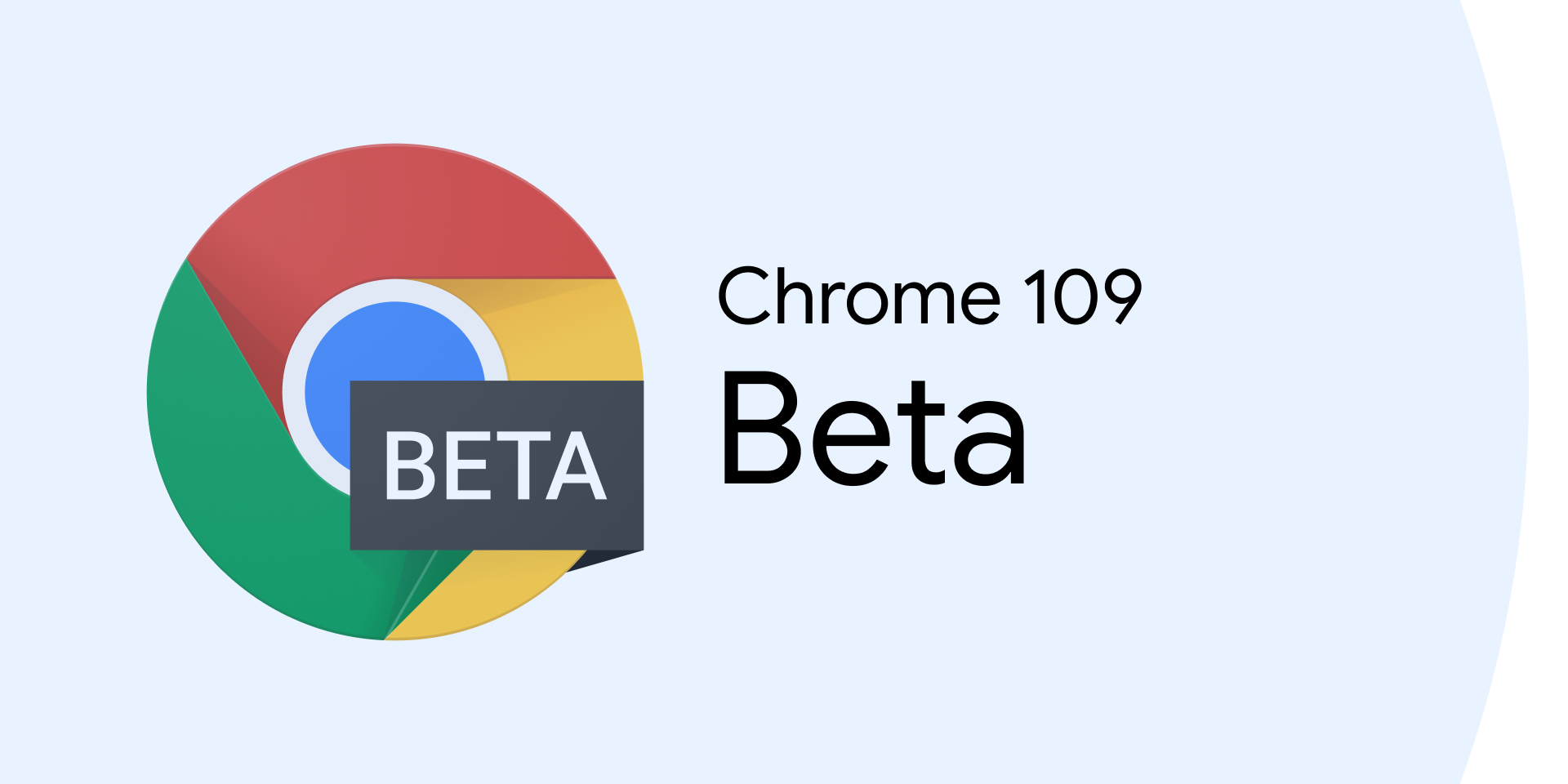 Unless otherwise noted, changes described below apply to the newest Chrome beta channel release for Android, ChromeOS, Linux, macOS, and Windows. Learn more about the features listed here through the provided links or from the list on ChromeStatus.com. Chrome 109 is beta as of December 1, 2022. You can download the latest on Google.com for desktop or on Google Play Store on Android.

Variable fonts provide users the opportunity to choose how heavy or slanted or wide the typeface should be, using the font-weight, font-style, and font-stretch' descriptors inside the @font-face rule. The CSS Working Group added a new value of auto for these descriptors, which is now the initial value. This value is implemented in 109 to match the new specification.

The lh CSS <length> unit is equivalent to the computed value of the line-height property on the element on which it is used. This allows a <textarea> to be given a height equivalent to the number of lines of text expected.

Currently Blink snaps the border widths at paint time. This can cause a visible 1px gap between a parent element's border and a child's background when the border is rounded down during paint. This happens because the snapping floors the value, but the layout rounds it up to calculate the child’s position (for example, border-width is set to 10.75 pixels, rounded to 10px at paint time, but 11 at layout time). By making this change Blink will behave like Gecko and WebKit, improving interoperability.

Chrome 109 supports MathML Core, a language for describing mathematical notation embeddable in HTML and SVG. MathML is rendered in a CSS-compatible way with OpenType MATH and exposed via platform accessibility APIs. MathML styling is enabled by CSS features including those dedicated to math layout:

The MathMLElement interface provides a convenient way to manipulate MathML in scripts.

Chrome 109 on Android supports Secure Payment Confirmation (SPC), which is a proposed web standard that allows customers to authenticate with a credit card issuer, bank, or other payment service provider using a platform authenticator—typically activated with a device's screen unlock feature such as a fingerprint sensor. This usually happens during a payments authentication protocol such as EMV 3-D Secure or Open Banking. EMV 3-D Secure, for example, has support for SPC in its v2.3 spec release. We previously announced that SPC was launched for Google Chrome on macOS and Windows and provided developer guides for both registration and authentication.

Conditional Focus extends getDisplayMedia() by adding a CaptureController object which can be passed in as a parameter. This object exposes a setFocusBehavior() method. By calling this method, an app can control whether the captured tab or window is focused when capture starts, or whether the capturing page should retain focus.

It is common for colleagues to gather in a room so that one of them can present from their laptop to an in-room conferencing solution with a dedicated monitor and speakers. The presenter will typically mute their own laptop, and use the external speakers which are often louder; this also ensures audio is in sync with video. The suppressLocalAudioPlayback audio constraint saves time here. When set to true, it indicates that the browser should stop relaying audio to the local speakers when capture starts.

Adds a field to PerfomanceResourceTiming to indicate the HTTP response status when the resource was fetched. This provides a straightforward way to tell if a resource failed loading for developers using the Resource Timing API.

Previously Chrome launched same-origin prerendering triggered by the speculation rules API. Chrome 109 expands coverage to also allow triggering same-site cross-origin pages. This prerendering will be done with credentials and storage access, but such prerender targets will need to opt in by using the Supports-Loading-Mode: credentialed-prerender header.

In Chrome 109 you can opt into the following new origin trials.

The NotRestoredReason API will report the list of reasons why a page is not served from BFcache in a frame tree structure, via the PerformanceNavigationTiming API.

The feature sends a CORS preflight request ahead of any private network requests for subresources, asking for explicit permission from the target server. A private network request is any request from a public website to a private IP address or localhost, or from a private website (for example, an intranet) to localhost. Sending a preflight request mitigates the risk of cross-site request forgery attacks against private network devices such as routers, which are often not prepared to defend against this threat.

There are no new deprecations in this version of Chrome.

This release of Chrome removes one feature.

Event.path is a non-standard API that returns the event's path, which is an array of the objects on which listeners will be invoked. Only Blink supports this, causing web compatibility issues. Web developers should switch to the equivalent standard API Event.composedPath(), which returns the same result.