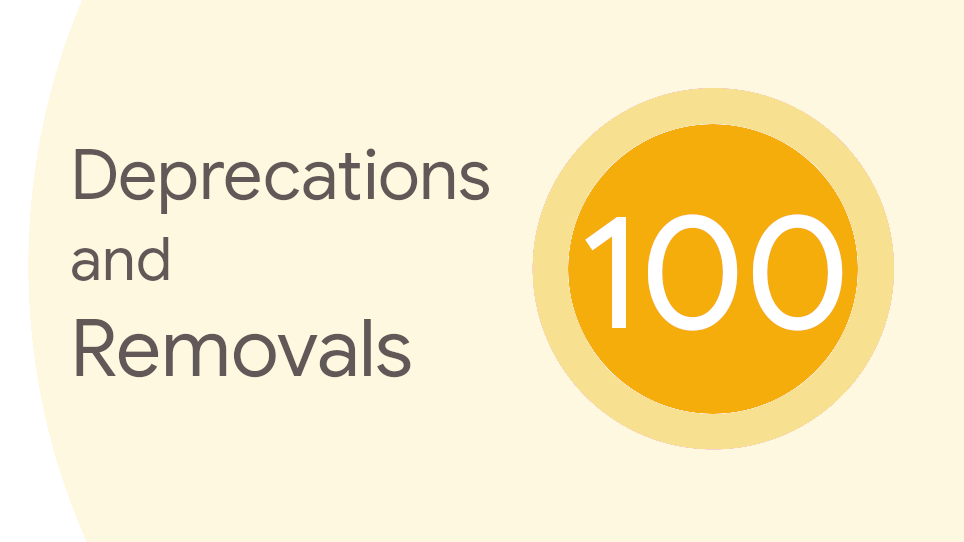 Deprecations and removals in Chrome 100