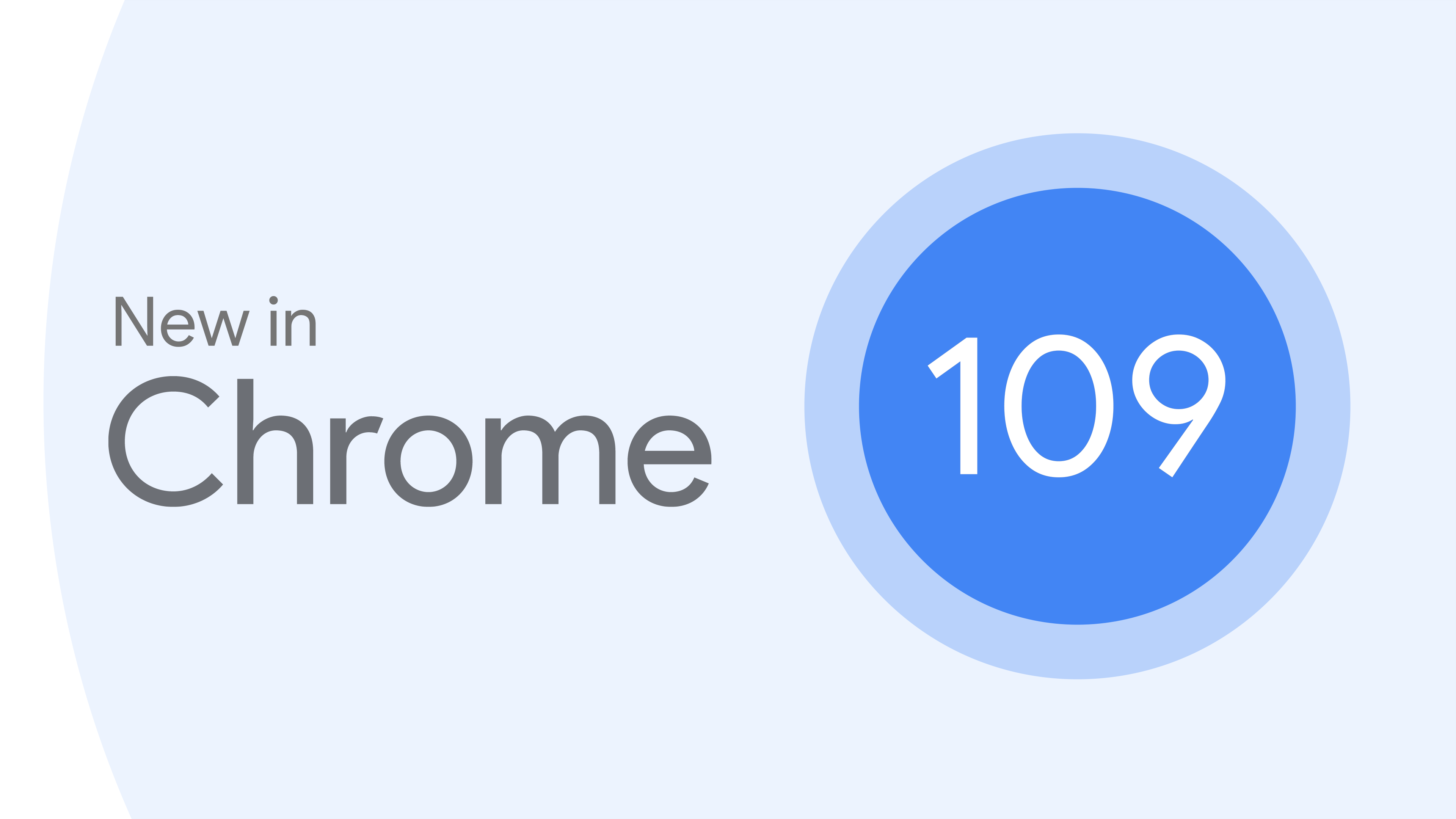 Adriana is a developer relations engineer

The Origin Private File System (OPFS) is part of the File System Access API, it is a storage endpoint private to the origin of the page.

It was launched on desktop on Chrome 102, Chrome 109 increases its compatibility by making it available on Android.

With a couple of exceptions, it includes all of the File System Access API surfaces, to seamlessly manage files directly from the local file system. The show*Picker() methods and the Drag-and-Drop API integration are not available yet.

With the File System Access API on OPFS, sites can access their per-origin, private file system and are able to perform file operations via FileSystemSyncAccessHandle which provides improved performance.

Check out this article to learn how to implement smooth file system access across platforms.

The lh CSS unit is equal to the computed value of the line-height property on the element on which it is used. This allows a textarea to be given a height that is the same as the number of lines of expected text.

Also the CSS Working Group added a new value of auto for the descriptors: font-weight, font-style, and font-stretch inside the @font-face rule. auto is now the initial value. These descriptors in variable fonts provide users the ability to choose how heavy or slanted or wide the typeface should be.

To provide better control over web typography, the hyphenate-limit-chars property specifies the minimum number of characters in a hyphenated word.

If you ever tried to add math formulas to your web page in a styleable and accessible way you’ll be happy to hear that MathML Core is now supported in Chrome.

MathML is a language for describing mathematical notation in a way that can be included in HTML and SVG. It is rendered in a CSS-compatible way with OpenType MATH and exposed via platform accessibility APIs.

MathML styling is enabled by CSS features including those dedicated to math layout. Some examples are the math-depth, math-shift and math-style properties, and the math value for the display property and more.

Check out the documentation for details and examples to up your mathematical notation game!

This covers only some key highlights. Check the links below for additional changes in Chrome 109.

I’m Adriana Jara, and as soon as Chrome 110 is released, I'll be right here to tell you what's new in Chrome!