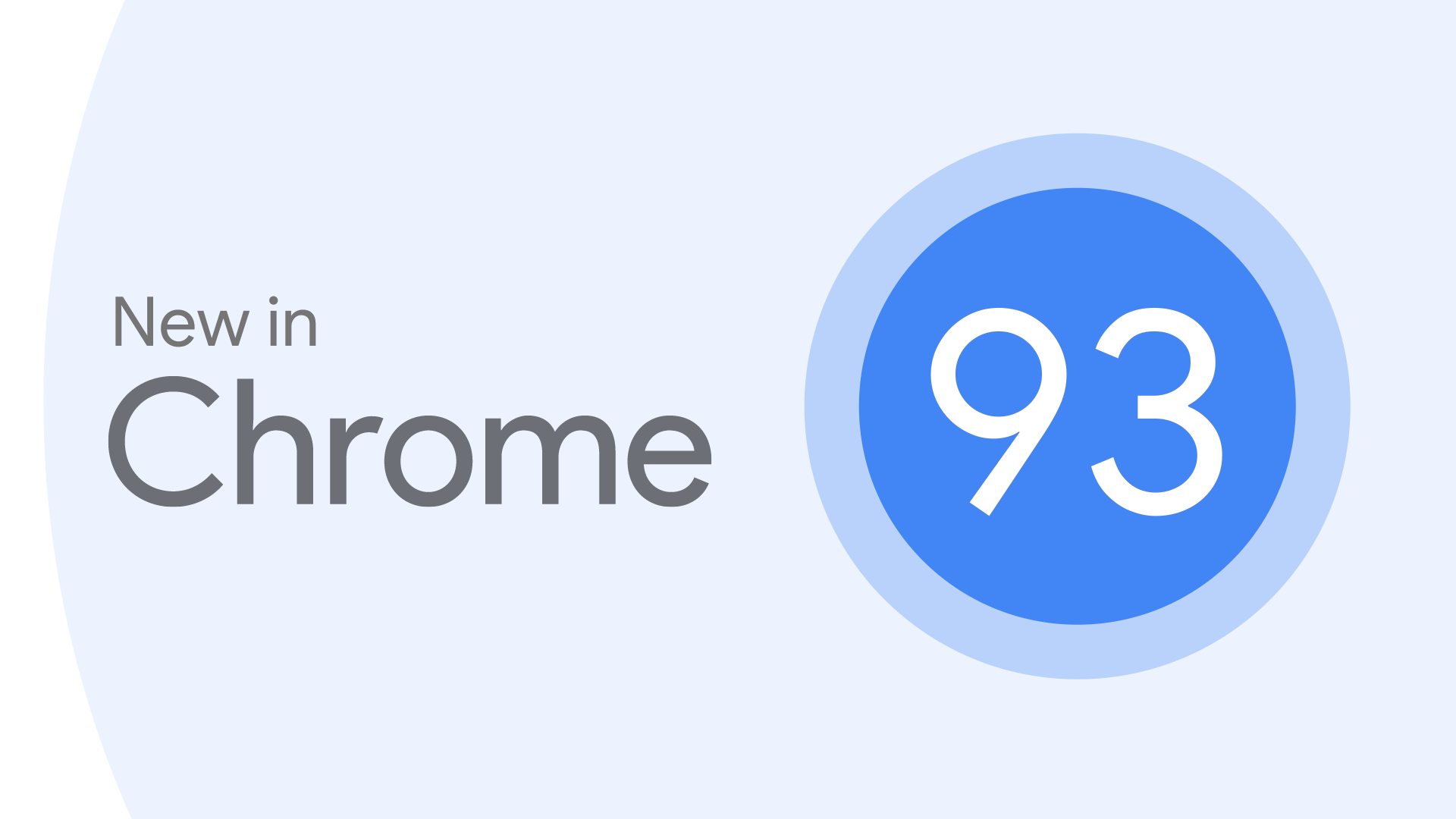 I'm Pete LePage, working, and shooting from home, let's dive in and see what's new for developers in Chrome 93.

You can now load CSS style sheets with import statements, just like JavaScript modules. The style sheets can then be applied to the document or shadow roots in the same manner as constructable stylesheets.

The new CSS Module Scripts feature is great for custom elements. And unlike other ways of applying CSS from JavaScript, there is no need to create elements, or mess with JavaScript strings of CSS text.

To use it, import the style sheet with assert {type: 'css'}, then apply it to the document or shadowRoot by calling adoptedStyleSheets.

But beware, if you leave off the assert - the file will be treated as JavaScript, and won't work!

For some apps, opening new windows and putting them in specific places or specific displays is an important feature. For example, when using Slides to present, I want the slides to appear full screen on the primary display, and my speaker notes to appear on the other display.

The Multi-Screen Window Placement API makes it possible to enumerate the displays connected to the users machine, and place windows on specific screens. This is its second origin trial, and we've made a number of changes based on your feedback.

You can quickly check if there's more than one screen connected to the device:

But, the key functionality is in window.getScreens(), which provides all the details about the attached displays.

For example, you can determine the primary screen, then use requestFullscreen() to display an element on that screen.

And it provides a way to listen for changes, for example if a new display is plugged in, or removed.

Check out Tom's article Managing several displays with the Multi-Screen Window Placement API on web.dev for a deeper dive.

In March, we announced our plans to shorten the release cycle and ship a new version of Chrome every four weeks.

That time has arrived, and we'll ship Chrome 94 on September 21st. You can find planned release dates for each version on the Chrome Calendar.

If you're building a Progressive Web App, there are two new origin trials worth checking out.

This actually launched as an origin trial in Chrome 92, but I'm covering it now since I haven't covered it previously.

If you have a PWA installed, and you click on a link to that PWA, you probably want it to open in the PWA, not a browser tab.

By specifying url_handlers in your web app manifest, and adding a web-app-origin-association file to your .well-known/ directory, you can tell the browser that if a user clicks a link to your PWA, it should open within the installed PWA.

Example url_handlers in the manifest.json file:

And with a little extra verification, you can even have your PWA handle links from other origins you own.

All the details about the origin trial are in PWAs as URL Handlers on web.dev.

Window controls overlay extends the client area to cover the entire window, including the title bar, and the window control buttons, like the close, maximize, and minimize buttons.

You can use this feature to make your installed PWA look more like other installed apps.

For more information about the origin trial, check out Customize the window controls overlay of your PWA's title bar.

The PWA Summit is coming up in October. It's a a free, online conference focused on helping everyone succeed with Progressive Web Apps. The PWA Summit is a collaboration between folks from a handful of different companies involved in the creation of PWA technologies: Google, Intel, Microsoft, and Samsung.

There are a ton of great talks and content. You can learn more and register at PWASummit.org.

This covers only some of the key highlights. Check the links below for additional changes in Chrome 93.

I'm Pete LePage, and as soon as Chrome 94 is released, I'll be right here to tell you what's new in Chrome!