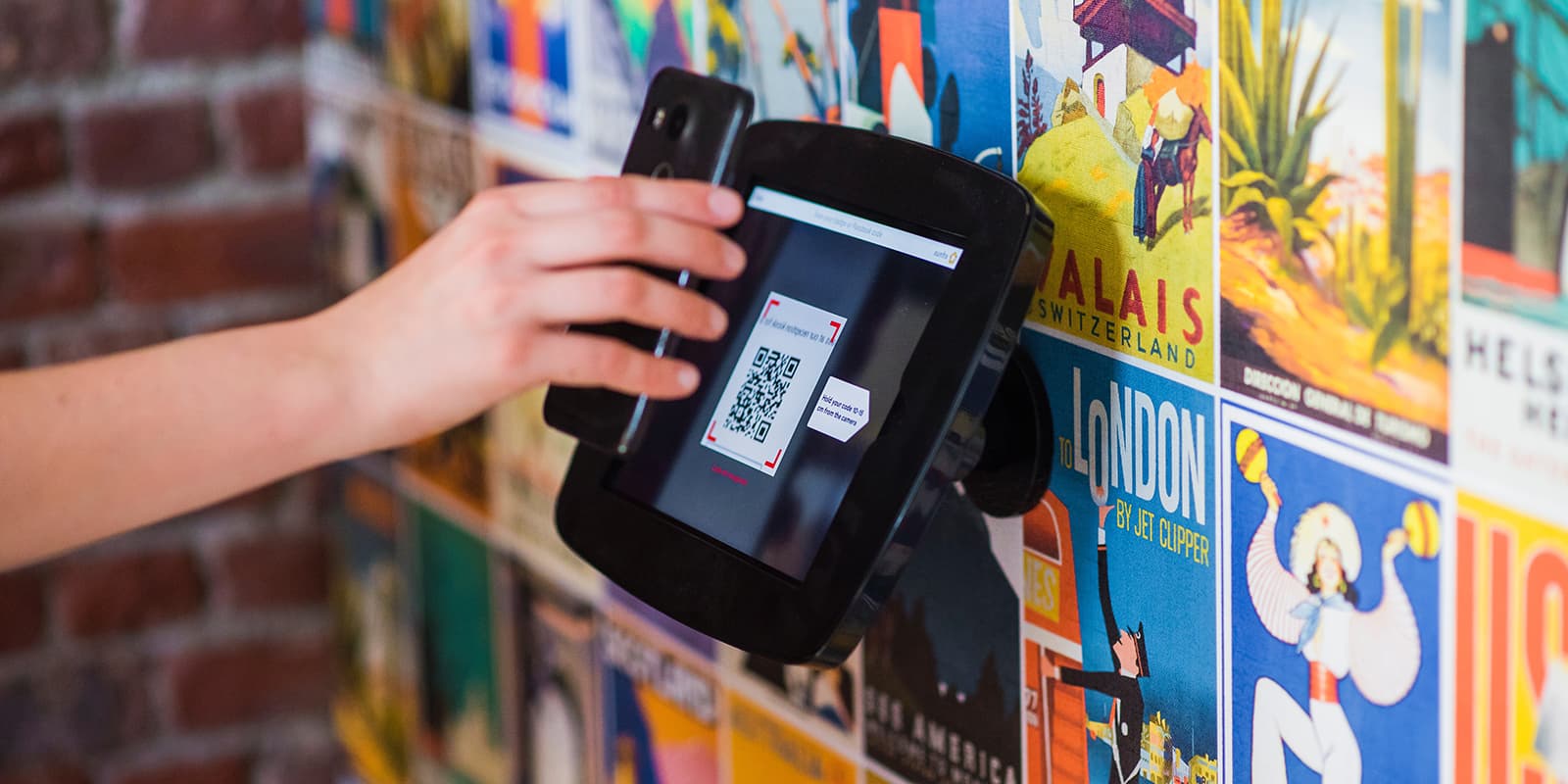 The Shape Detection API: a picture is worth a thousand words, faces, and barcodes

This API is part of the new capabilities project. Barcode detection has launched in Chrome 83. Face and text detection are available behind a flag. This post will be updated as the Shape Detection API evolves.

# What is the Shape Detection API?

With APIs like navigator.mediaDevices.getUserMedia and the Chrome for Android photo picker, it has become fairly easy to capture images or live video data from device cameras, or to upload local images. So far, this dynamic image data—as well as static images on a page—has not been accessible by code, even though images may actually contain a lot of interesting features such as faces, barcodes, and text.

For example, in the past, if developers wanted to extract such features on the client to build a QR code reader, they had to rely on external JavaScript libraries. This could be expensive from a performance point of view and increase the overall page weight. On the other hand, operating systems including Android, iOS, and macOS, but also hardware chips found in camera modules, typically already have performant and highly optimized feature detectors such as the Android FaceDetector or the iOS generic feature detector, CIDetector.

Text detection, despite being an interesting field, is not considered stable enough across either computing platforms or character sets to be standardized at the moment, which is why text detection has been moved to a separate informative specification.

As outlined above, the Shape Detection API currently supports the detection of faces, barcodes, and text. The following bullet list contains examples of use cases for all three features.

# How to use the Shape Detection API

So far only barcode detection is available by default, starting in Chrome 83, but face and text detection are available behind a flag. You can always use the Shape Detection API for local experiments by enabling the #enable-experimental-web-platform-features flag.

If you want to experiment with the Shape Detection API locally, enable the #enable-experimental-web-platform-features flag in about://flags.

The interfaces of all three detectors, FaceDetector, BarcodeDetector, and TextDetector, are similar. They all provide a single asynchronous method called detect() that takes an ImageBitmapSource as an input (that is, either a CanvasImageSource, a Blob, or ImageData).

For FaceDetector and BarcodeDetector, optional parameters can be passed to the detector's constructor that allow for providing hints to the underlying detectors.

Please carefully check the support matrix in the explainer for an overview of the different platforms.

# Working with the BarcodeDetector

The BarcodeDetector returns the barcode raw values it finds in the ImageBitmapSource and the bounding boxes, as well as other information like the formats of the detected barcodes.

# Working with the FaceDetector

The FaceDetector always returns the bounding boxes of faces it detects in the ImageBitmapSource. Depending on the platform, more information regarding face landmarks like eyes, nose, or mouth may be available. It is important to note that this API only detects faces. It does not identify who a face belongs to.

The TextDetector always returns the bounding boxes of the detected texts, and on some platforms the recognized characters.

Text recognition is not universally available.

Purely checking for the existence of the constructors to feature detect the Shape Detection API doesn't suffice. The presence of an interface doesn't tell you whether the underlying platform supports the feature. This is working as intended. It's why we recommend a defensive programming approach by doing feature detection like this:

The BarcodeDetector interface has been updated to include a getSupportedFormats() method and similar interfaces have been proposed for FaceDetector and for TextDetector.

This allows you to detect the specific feature you need, for example, QR code scanning:

This is better than hiding the interfaces because even across platforms, capabilities may vary and so developers should be encouraged to check for precisely the capability (such as a particular barcode format or facial landmark) they require.

Barcode detection is available on macOS, ChromeOS, and Android. Google Play Services are required on Android.

All detectors work asynchronously, that is, they do not block the main thread. So don't rely on realtime detection, but rather allow for some time for the detector to do its work.

If you are a fan of Web Workers, you'll be happy to know that detectors are exposed there as well. Detection results are serializable and can thus be passed from the worker to the main app via postMessage(). The demo shows this in action.

Not all platform implementations support all features, so be sure to check the support situation carefully and use the API as a progressive enhancement. For example, some platforms might support face detection per se, but not face landmark detection (eyes, nose, mouth, etc.); or the existence and the location of text may be recognized, but not text contents.

This API is an optimization and not something guaranteed to be available from the platform for every user. Developers are expected to combine this with their own image recognition code and take advantage of the platform optimization when it is available.

The Chrome team and the web standards community want to hear about your experiences with the Shape Detection API.

Is there something about the API that doesn't work like you expected? Or are there missing methods or properties that you need to implement your idea? Have a question or comment on the security model?

# Planning to use the API?

Planning to use the Shape Detection API on your site? Your public support helps us to prioritize features, and shows other browser vendors how critical it is to support them.