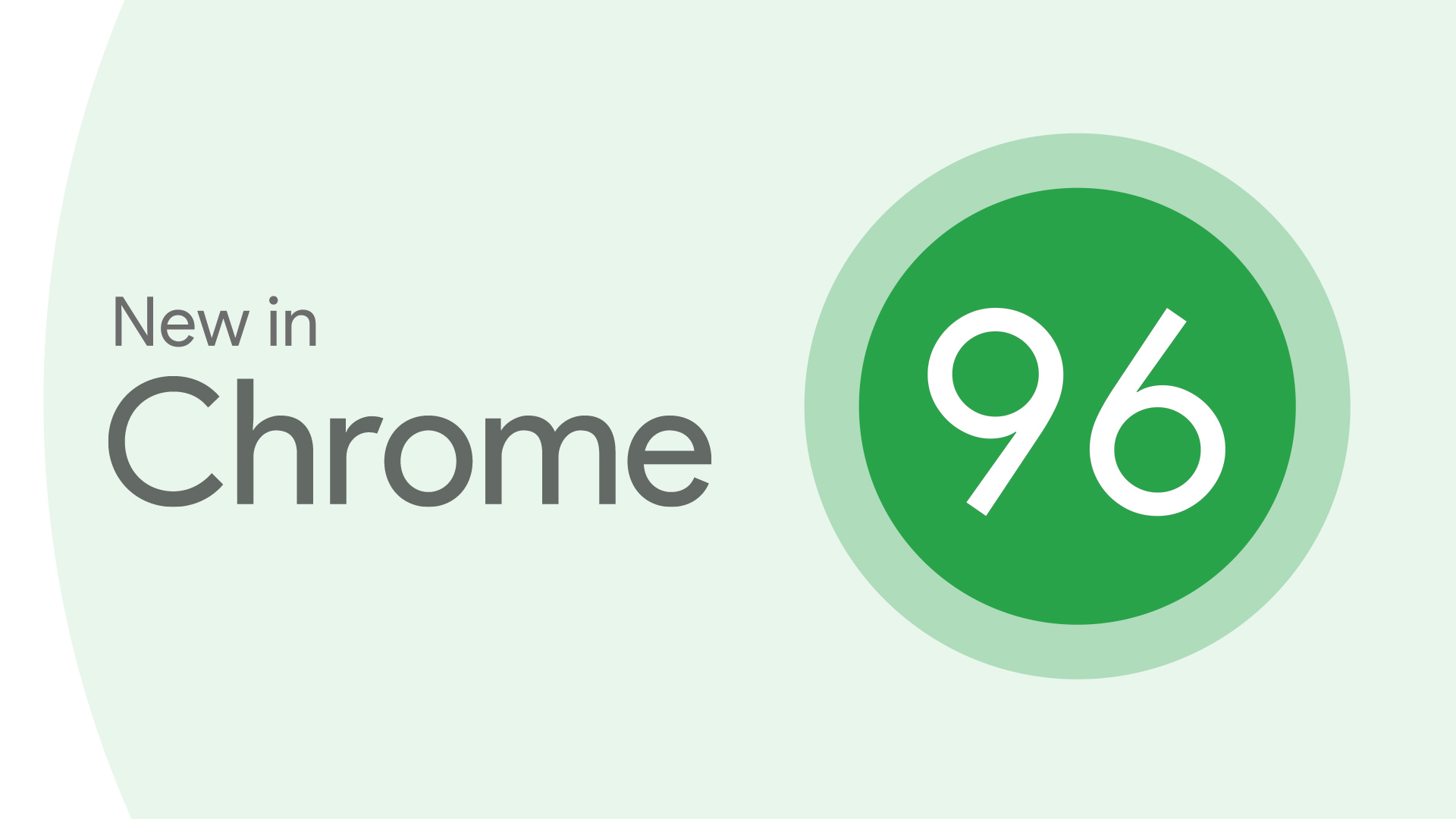 I'm Pete LePage, finally shooting in the studio, let's dive in and see what's new for developers in Chrome 96.

When a user installs a PWA, the browser needs a way to uniquely identify it. But, until recently, the web app manifest spec didn't specify how to identify a PWA, leaving browsers to decide, and leading to different implementations. In some browsers, the start_url is used, while in others, the path to the manifest file is used.

That makes it impossible to change either of those fields without breaking the install experience. Now, there's a new optional id property, that allows you to explicitly define the identifier used for your PWA.

Adding the id property to the manifest removes the dependency on the start_url or the location of the manifest, and makes it possible for those fields to be updated.

Support for the id property lands in desktop Chromium-based browsers starting in Chrome 96. Support for mobile, which currently uses the manifest url as the unique ID, should land in the first half of 2022. 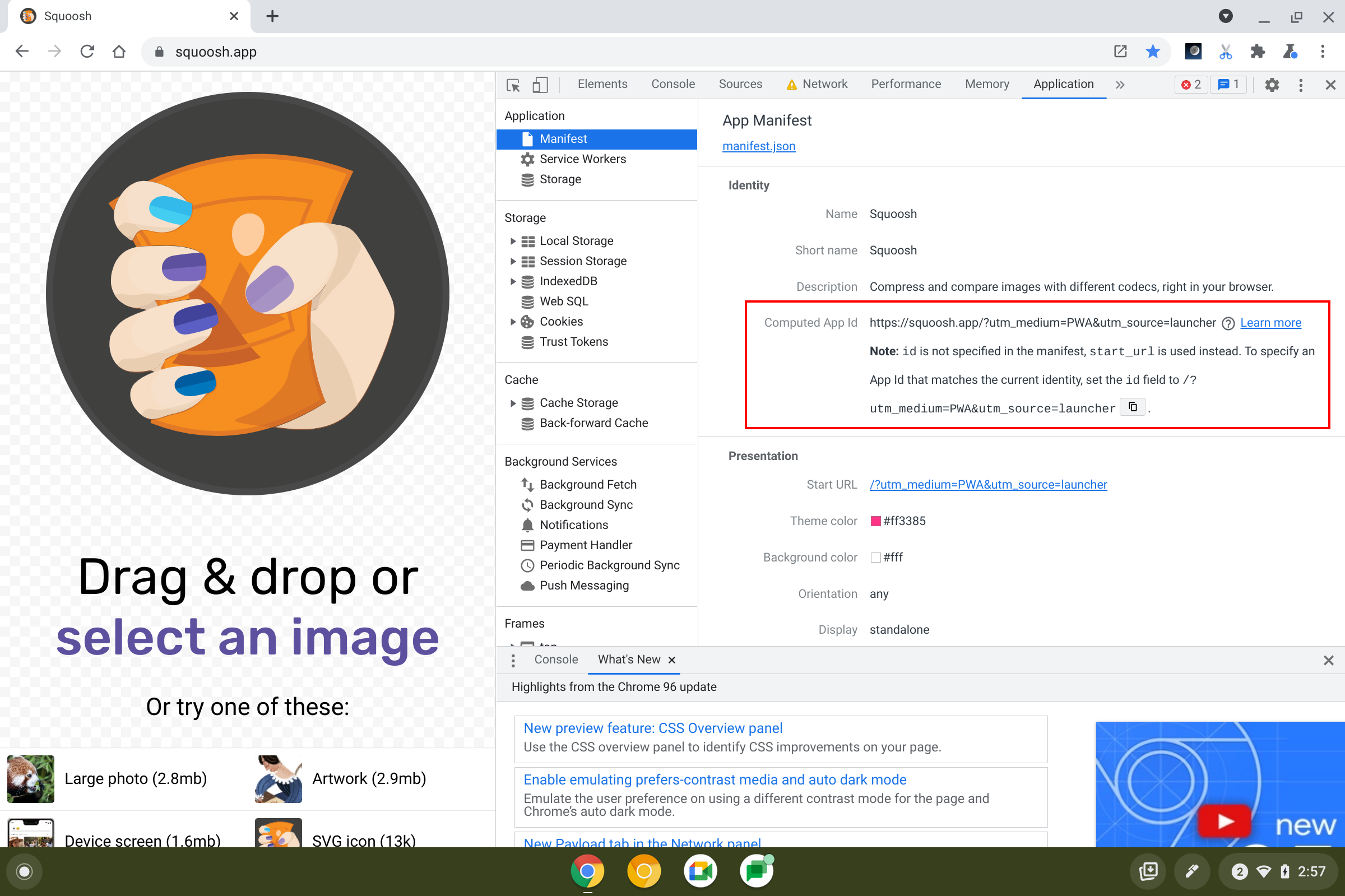 If you already have a PWA in production and want to add an id to your manifest, you'll need to use the ID that was assigned by the browser. You can find the id in the Manifest pane of the Application panel in Dev Tools.

For a brand new PWA, you can set the id to any string value you like, but remember, you won't be able to change it in the future, so choose wisely.

Web apps can use navigator.registerProtocolHandler() to register as a protocol handler. For example, Gmail can register the mailto protocol. Then when a user clicks on a link with the mailto: prefix, Gmail will open, making it easy for the user to send an email.

Starting in Chrome 96, a PWA can register as a protocol handler as part of its installation. To do that for your PWA, add a protocol_handlers property to your web app manifest, specify the protocol you want to handle, and the url that should be opened when clicked.

There are some restrictions here, and you can't just register any protocol, so check out URL protocol handler registration for PWAs for complete details, and how you can use the web+ syntax to create your own protocols!

When a browser parses a web page and begins to discover and download resources such as images, scripts, or CSS, it assigns them a fetch priority to try to optimize the page load. Browsers are pretty good at assigning priorities, but may not be optimal in all cases.

Priority Hints are an experimental feature, available as an origin trial starting in Chrome 96, and can help optimize the Core Web Vitals. The importance attribute allows you to specify the priority for resource types such as CSS, fonts, scripts, images, and iframes.

For example, here's the Google Flights page. That background image is the largest contentful paint (LCP). 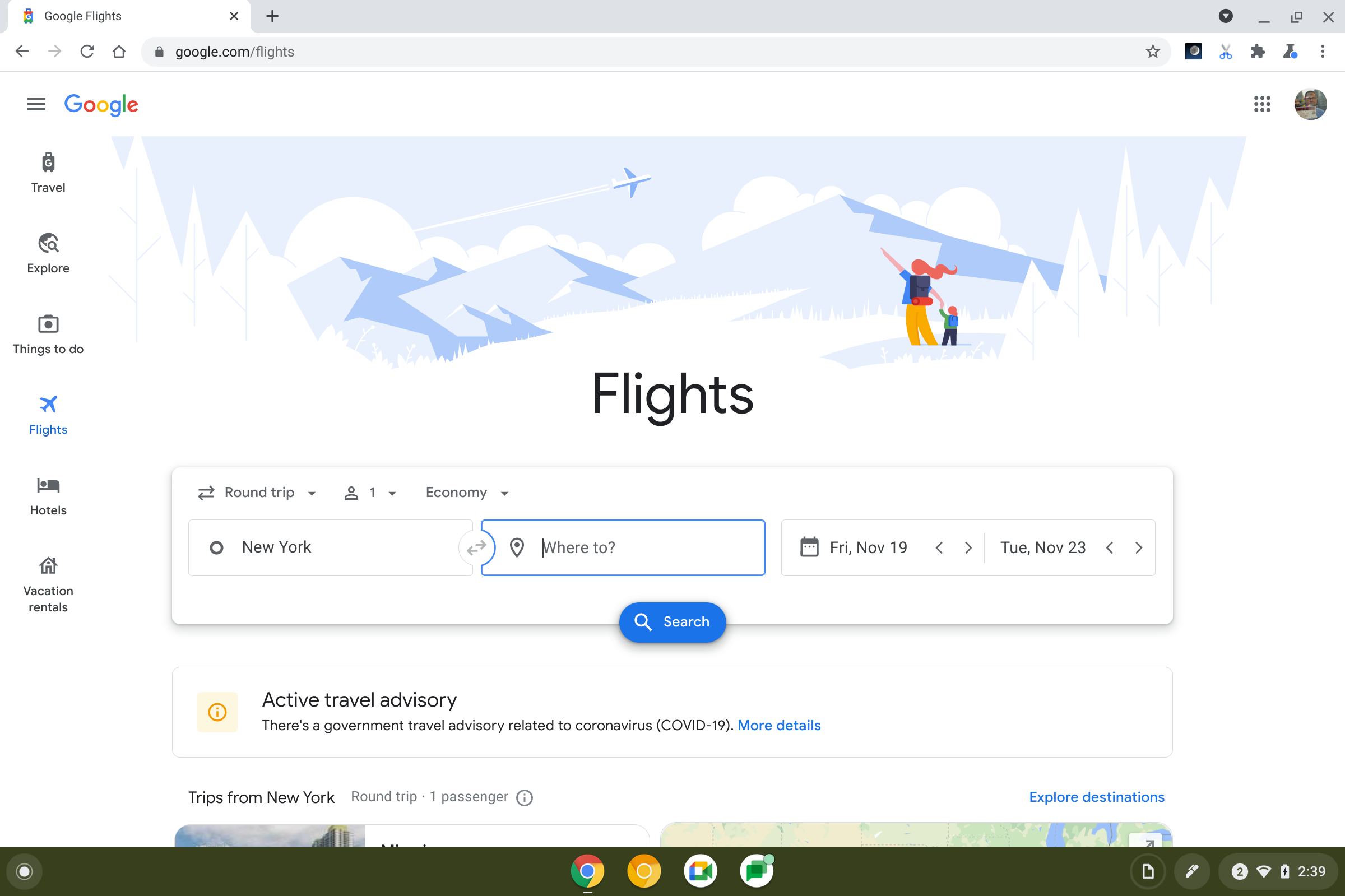 Let's see it loaded with, and without priority hints. With the priority set to high on the background image, the LCP drops from 2.6 seconds to 1.9 seconds.

Check out Optimizing resource loading with Priority Hints for all the details, how to register for the origin trial, and some great examples of how it can help to improve your rendering performance.

# Emulate Chrome 100 in the UA string

Starting in Chrome 96, there's a new flag #force-major-version-to-100 that will change the current version number to 100, so you can make sure everything works as expected. 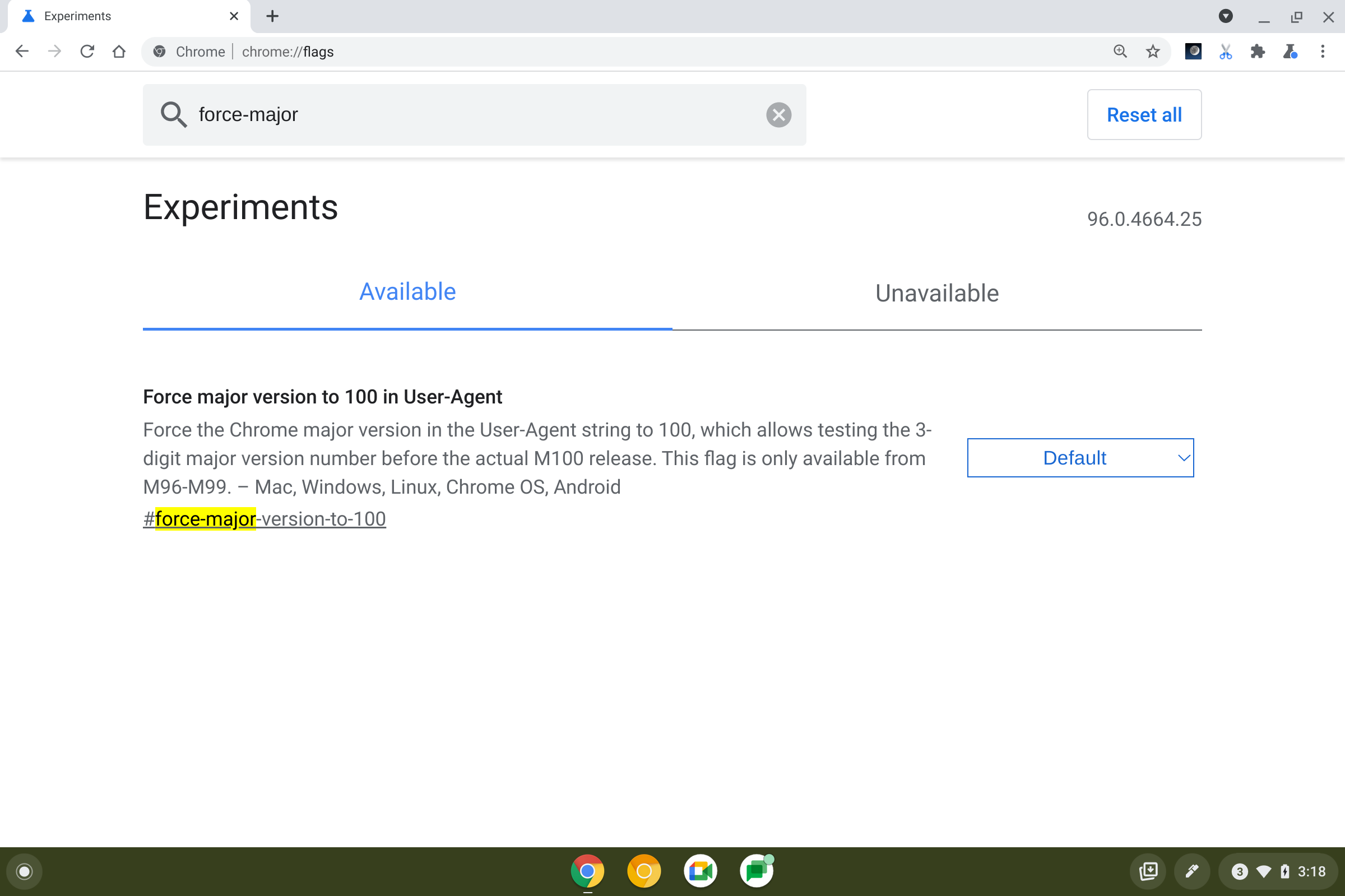 For details see Force Chrome major version to 100 in the User-Agent string.

This covers only some of the key highlights. Check the links below for additional changes in Chrome 96.

I'm Pete LePage, and as soon as Chrome 97 is released, I'll be right here to tell you what's new in Chrome!