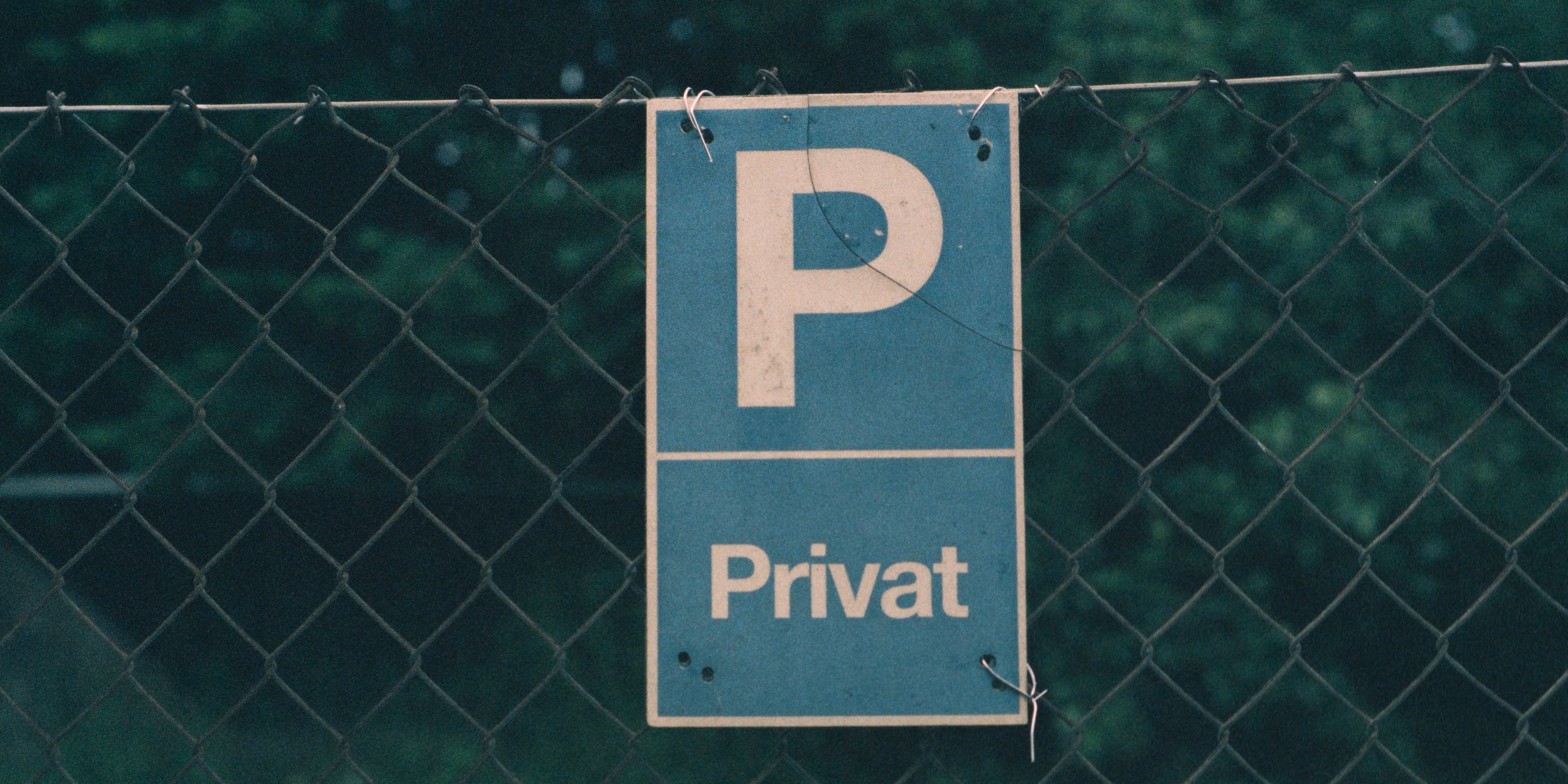 Titouan is a Software Engineer working on the Web Platform.

Chrome is deprecating access to private network endpoints from non-secure websites as part of the Private Network Access specification. The aim is to protect users from cross-site request forgery (CSRF) attacks targeting routers and other devices on private networks. These attacks have affected hundreds of thousands of users, allowing attackers to redirect them to malicious servers.

Chrome will introduce the following changes:

If you have administrative control over your users, you can re-enable the feature using Chrome policies.

To mitigate the impact of the new restrictions, use one of the following strategies:

Private Network Access (formerly known as CORS-RFC1918) restricts the ability of websites to send requests to servers on private networks. It allows such requests only from secure contexts. The specification also extends the Cross-Origin Resource Sharing (CORS) protocol so that websites now have to explicitly request a grant from servers on private networks before being allowed to send arbitrary requests.

During a deprecation trial, the deprecated features are unavailable to all websites by default. Developers who still need to use the affected features must sign up for the deprecation trial and obtain tokens for specified web origins, then modify their websites to serve those tokens in HTTP headers or meta tags (except in this case). If a website serves valid tokens matching their origin, Chrome will allow the use of the deprecated feature for a limited amount of time.

For more information, check out Getting started with Chrome's origin trials and the web developer guide to origin trials for instructions.

Starting in Chrome 94, public non-secure contexts (broadly, websites that are not delivered over HTTPS or from a private IP address) are forbidden from making requests to the private network. This was previously planned for Chrome 92, hence deprecation messages might still mention the earlier milestone.

This deprecation is accompanied by a deprecation trial, allowing web developers whose websites make use of the deprecated feature to continue using it until Chrome 102 by registering for tokens. See below for instructions on how to register and enable the trial on your website.

A pair of Chrome policies can be leveraged to disable the deprecation either entirely or on specific origins, indefinitely. This allows managed Chrome installations, for example, those in corporate settings, to avoid breakage.

The deprecation trial ends. All websites must be migrated off of the deprecated feature, or their users' policies configured to continue enabling the feature.

The first step for affected websites is most likely to buy some time until a proper fix can be deployed: either by registering for the deprecation trial, or by using policies. Then, the recommended course of action varies depending on the circumstances of each affected website.

# Register for the deprecation trial

First, register for the "Private Network Access from non-secure contexts" trial using the web developers console, and obtain a trial token for each affected origin. Then configure your web servers to attach the origin-specific Origin-Trial: $token header on responses. Note that this header need only be set on main resource and navigation responses, and then only when the resulting document will make use of the deprecated feature. It is useless (though harmless) to attach this header to subresource responses.

Since this trial must be enabled or disabled before a document is allowed to make any requests, it cannot be enabled through a <meta> tag. Such tags are only parsed from the response body after subresource requests might have been issued. This presents a challenge for websites not in control of response headers, such as github.io static websites served by a third party.

If you have administrative control over your users, you can re-enable the deprecated feature using either of the following policies:

For more details about managing policies for your users, see this help center article.

Note that the WebKit engine and browsers based on it (most notably, Safari) deviate from the W3C Mixed Content specification here and forbid these requests as Mixed Content. They also do not implement Private Network Access, so websites might wish to redirect clients using such browsers to a plaintext HTTP version of the website, which would still be allowed by such browsers to make requests to localhost.

If your website needs to issue requests to a target server on a private IP address, then simply upgrading the initiator website to HTTPS does not work. Mixed Content prevents secure contexts from making requests over plaintext HTTP, so the newly-secured website will still find itself unable to make the requests. There are a few ways to solve this issue:

# Upgrade both ends to HTTPS

This solution requires control over users' DNS resolution, such as might be the case in intranet contexts, or if users obtain the addresses of their name servers from a DHCP server in your control. It also requires that you possess a public domain name.

The main problem with serving private websites over HTTPS is that public key infrastructure certificate authorities (PKI CA) only provide TLS certificates to websites with public domain names. To work around this:

You can then upgrade the website that initiates the requests to HTTPS and continue making the requests as before.

This solution is future-proof and reduces the trust you place in your network, expanding the use of end-to-end encryption within your private network.

This solution does not require control over your users' DNS resolution. It does require that the target server run a minimal WebTransport server (HTTP/3 server with some modifications).

You can bypass the lack of a valid TLS certificate signed by a trusted CA by using WebTransport and its certificate pinning mechanism. This allows establishing secure connections to local devices that might have a self-signed certificate for example. WebTransport connections allow bidirectional data transfer, but not fetch requests. You can combine this approach with a service worker to transparently proxy HTTP requests over the connection, from the point of view of your web application. On the server side, a corresponding translation layer can convert the WebTransport messages to HTTP requests.

We acknowledge that this represents a fair amount of work, but it should be significantly easier than building on top of WebRTC; our hope is also that some amount of the necessary investment gets implemented as reusable libraries. We also believe it especially worthwhile considering the fact that non-secure contexts are likely to lose access to more and more web platform features as the platform moves toward encouraging HTTPS use in stronger ways over time. Regardless of Private Network Access, this would likely be a wise investment anyway.

We expect WebTransport over HTTP/3 to ship in Chrome 96 (it has begun an origin trial) with mitigations to protect against key sharing and other substandard security practices, including:

We will not ship the secure context restriction until at least two milestones after WebTransport is fully rolled out. The deprecation trial will be extended if need be.

This solution does not require any administrative control over the network, and can be used when the target server is not powerful enough to run HTTPS.

Instead of fetching private subresources from a public web app, a skeleton of the app can be served from the private server, which then fetches all its subresources (such as scripts or images) from a public server, such as a CDN. The resulting web app can then make requests to the private server, as these are considered same-origin. It can even make requests to other servers with private IPs (but not localhost), though this might change in the long term.

By hosting only a skeleton on the private server, you can update the web app by pushing new resources to the public server, just as you would update a public web app. On the other hand, the resulting web app is not a secure context, so it doesn't have access to some of the more powerful features of the web.

# Plans for the future

Restricting private network requests to secure contexts is only the first step in launching Private Network Access. Chrome is working towards implementing the rest of the specification in the coming months. Stay tuned for updates!

The changes in Chrome 94 only affect public websites accessing private IP addresses or localhost. The Private Network Access specification also classifies requests from private websites to localhost as problematic. Chrome will eventually deprecate these too. This presents a slightly different set of challenges however, as many private websites do not have domain names, complicating the use of deprecation trial tokens.

The second part of Private Network Access is to gate private network requests initiated from secure contexts with CORS preflight requests. The idea is that even when the request was initiated from a secure context, the target server is asked to provide an explicit grant to the initiator. The request is only sent if the grant is successful.

In short, a CORS preflight request is an HTTP OPTIONS request carrying some Access-Control-Request-* headers indicating the nature of the subsequent request. The server can then decide whether or not to grant fine-grained access by responding 200 OK with Access-Control-Allow-* headers.

Find more details about this in the specification.

The Private Network Access specification doesn't make a distinction between the two kinds of fetches, which will eventually be subject to the same restrictions.