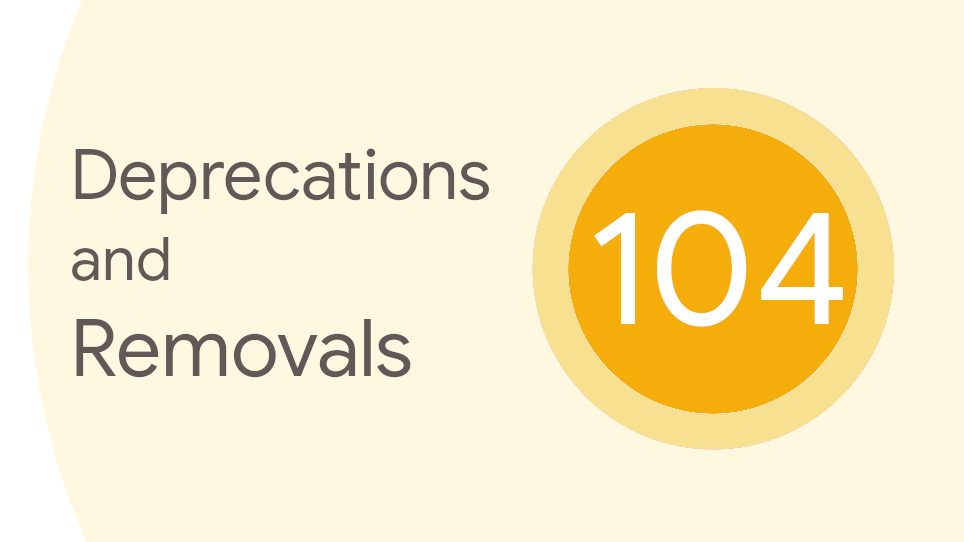 Deprecations and removals in Chrome 104

Chrome's legacy U2F API for interacting with security keys is no longer supported. U2F security keys themselves are not deprecated and will continue to work.

U2F is Chrome's original security key API. It allows sites to register public key credentials on USB security keys and challenge them for building phishing-resistant two-factor authentication systems. U2F never became an open web standard and was subsumed by the Web Authentication API (launched in Chrome 67). Chrome never directly supported the FIDO U2F JavaScript API, but rather shipped a component extension called cryptotoken, which exposes an equivalent chrome.runtime.sendMessage() method. U2F and Cryptotoken are firmly in maintenance mode and have encouraged sites to migrate to the Web Authentication API for the last two years.