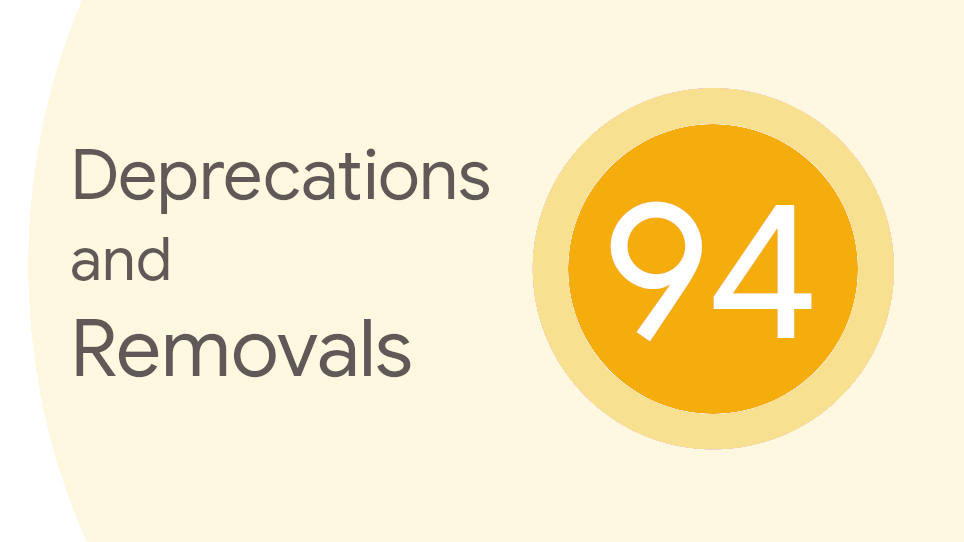 Deprecations and removals in Chrome 94

WebSQL in third-party contexts is now deprecated. Removal is expected in Chrome 97. The Web SQL Database standard was first proposed in April 2009 and abandoned in November 2010. Gecko never implemented this feature and WebKit deprecated this feature in 2019. The W3C encourages Web Storage and Indexed Database for those needing alternatives.

Developers should expect that WebSQL itself will be deprecated and removed when usage is low enough.

This is a first step towards fully implementing Private Network Access. Servers running inside local networks, or on a user's device, expose powerful capabilities to the web in ways that can be quite dangerous. Private Network Access proposes a set of changes to limit the impact of requests to these servers by ensuring that the servers are opting-into any communication with external entities.

For this opt-in to have any meaning, the servers need to be able to ensure that the client origin is authenticated. To that end, only secure contexts are empowered to make external requests.