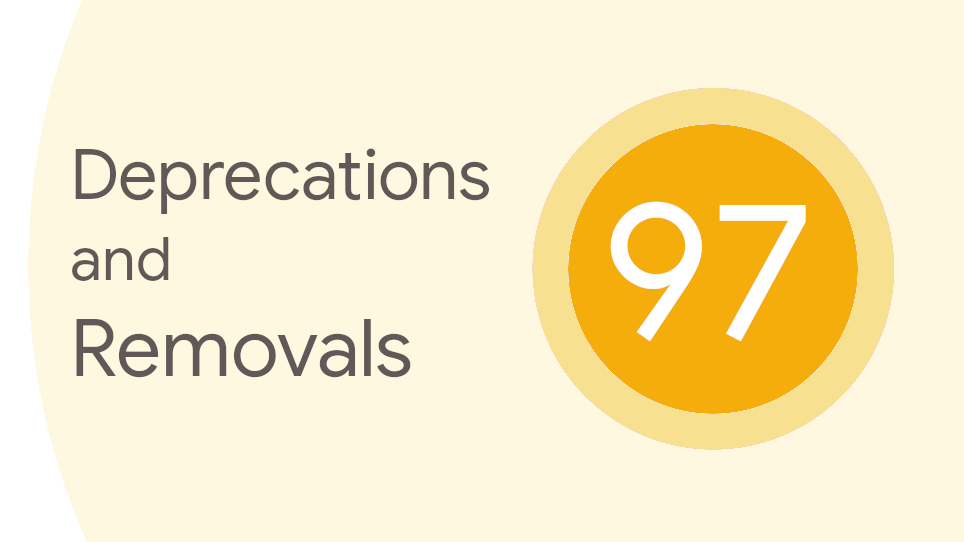 Deprecations and removals in Chrome 97

Chrome 97 beta was released on November 18, 2021 and is expected to become the stable version in late December, 2021.

The SDES key exchange mechanism for WebRTC has been declared a MUST NOT in the relevant IETF standards since 2013. The SDES specification has been declared historic by the IETF. Its usage in Chrome has declined significantly over the recent year. Consequently it is removed as of Chrome 97.

The Session Description Protocol (SDP) used to establish a session in WebRTC has been implemented with two different dialects in Chromium: Unified Plan and Plan B. Plan B is not cross-browser compatible and is hereby removed.