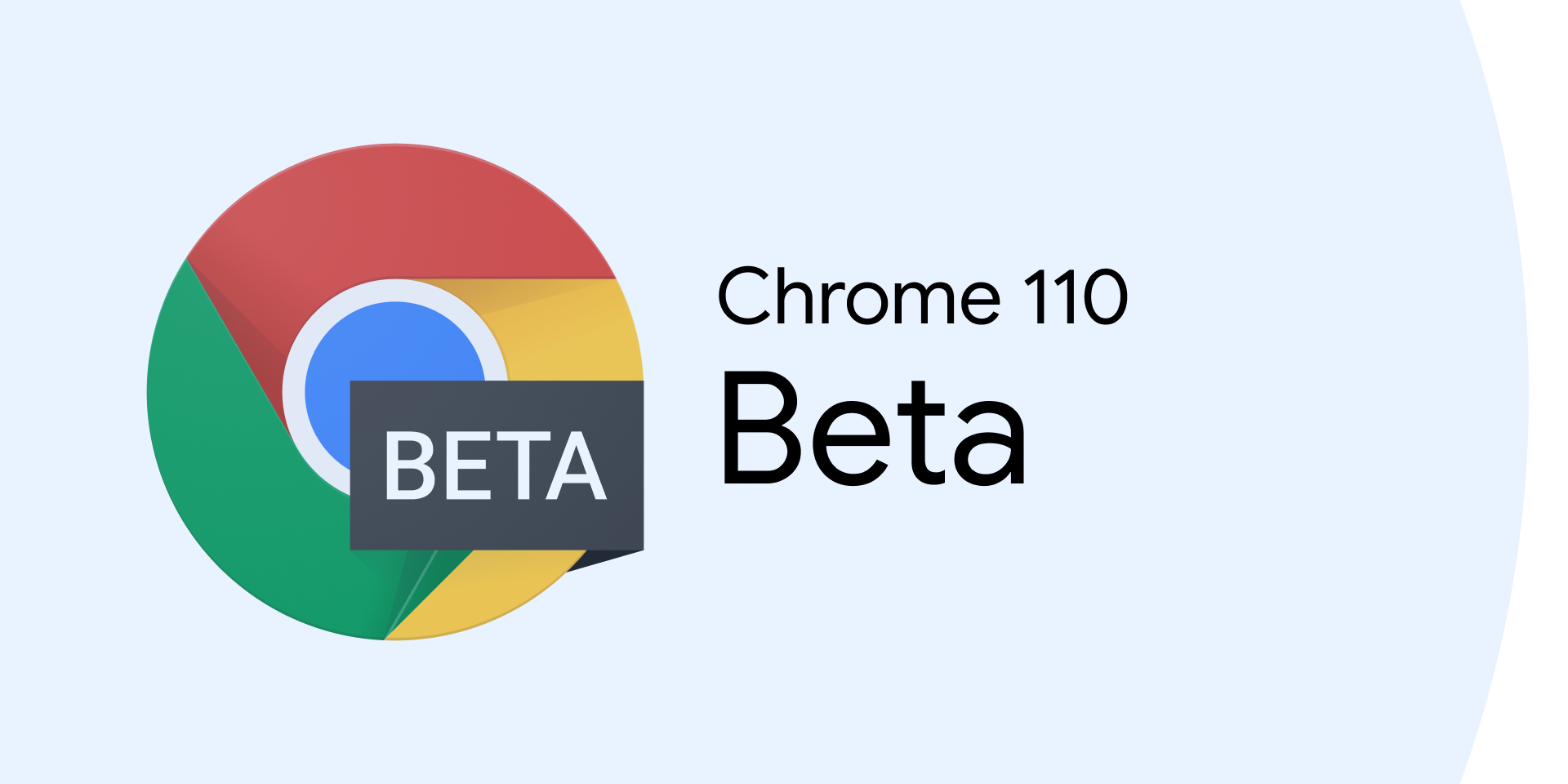 Unless otherwise noted, changes described below apply to the newest Chrome beta channel release for Android, ChromeOS, Linux, macOS, and Windows. Learn more about the features listed here through the provided links or from the list on ChromeStatus.com. Chrome 110 is beta as of 12 January 2023. You can download the latest on Google.com for desktop or on Google Play Store on Android.

Try a demo of the :picture-in-picture pseudo-class.

AudioContext.setSinkId sets the ID of the audio device to use for output. This allows the AudioContext to route audio to a connected output device of the user's choosing.

Learn more about this feature in the post Change the destination output device in Web Audio.

The remove() method of FileSystemHandle enables the common use case where you obtain a file handle from showSaveFilePicker(), but then decide you don't want to save after all, and delete the file. Before the addition of this method it was impossible to remove a file or directory given its handle. You had to obtain the handle of the parent directory and call FileSystemDirectoryHandle::removeEntry().

Prefetching fetches the main resource for a future navigation, keeping it in memory so that it can be used to speed up the next navigation. This launch includes both same-site prefetching, and cross-site prefetching in the case where no credentials are present for the destination site.

# Use Non-Transitional IDNA Processing in URLs

Add a launch_handler web app manifest member that enables web apps to customize their launch behavior across all types of app launch triggers. For example, the following will cause all launches of the Example app to focus an existing app window and navigate it (if it exists) instead of always launching a new app window.

Controls access to navigator.share(). By default, third-party iframes do not have permission to use the Web Share API.

In Chrome 110 you can opt into the following new origin trials.

Expose information about how a resource was delivered. For example, resources which were delivered from the cache (currently exposed through transferSize) and navigations which were prefetched by the previous page are useful to identify.

Exposes the (experimental) soft navigation heuristics to web developers, using both PerformanceObserver and the performance timeline.

Currently developers can only specify speculation rules using inline script tags. The proposed feature provides an alternative through the "Speculation-Rules" header. Its value must be a URL to a text resource with application/speculationrules+json MIME type. The resource's rules will be added to the document's rule set.

An extension to speculation rules syntax that lets the browser obtain URLs for speculation from link elements in a page. They may include criteria which restrict which of these links can be used.

Deprecation trial to retain legacy behavior of the X-Requested-Header on Android WebView. This header is currently set with the package name of the embedding app as the value, but this behavior will be removed in a slow roll-out. During the deprecation this trial will allow site owners to continue to receive the header while migrating away from using it.

More information about this deprecation will follow in a separate blog post. Register for the X-Requested-With deprecation trial here.

Web SQL is now removed in non-secure contexts. We recommend you switch to SQLite Wasm in the browser backed by the origin private file system.