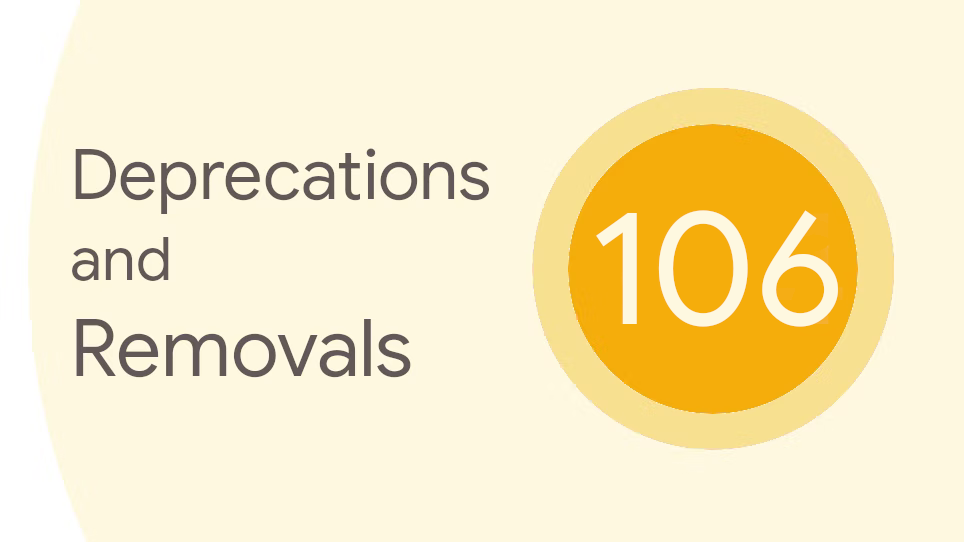 Deprecations and removals in Chrome 106

Chrome 106 beta was released on September 1, 2022 and is expected to become the stable version in late September, 2022.

To align with the latest spec (RFC 6265bis), Chromium now rejects cookies with a Domain attribute that contains non-ASCII characters (for example, éxample.com).

Support for IDN domain attributes in cookies has been long unspecified, with Chromium, Safari, and Firefox all behaving differently. This change standardizes Firefox's behavior of rejecting cookies with non-ASCII domain attributes.

Since Chromium has previously accepted non-ASCII characters and tried to convert them to normalized punycode for storage, we will now apply stricter rules and require valid ASCII (punycode if applicable) domain attributes.

Chrome has removed the ability to receive, keep in memory, and use HTTP/2 push streams sent by the server. See Removing HTTP/2 Server Push from Chrome for details and suggested alternative APIs.

Support for the PERSISTENT quota type contributes some amount of complexity to the quota system, but webkitRequestFileSystem() is the only consumer, and it's a form of storage that never caught on and is very seldom used.