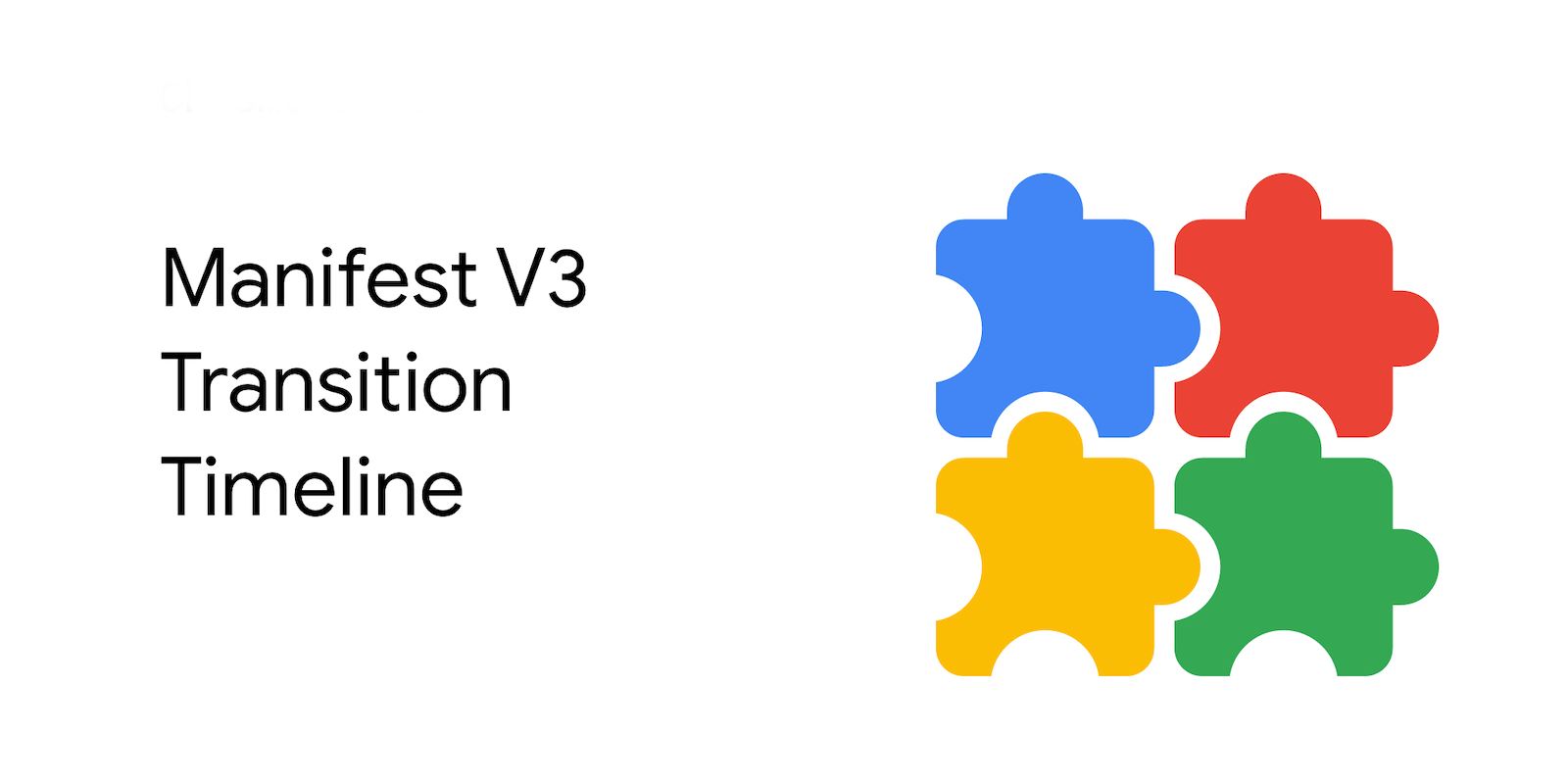 More details on the transition to Manifest V3

December 9, 2022: The Manifest V2 deprecation timelines are under review and the experiments scheduled for early 2023 are being postponed. For more information, read the update in the chromium-extensions Google Group.

Last year, we announced a timeline for the phasing out of Manifest V2 extensions as we shift our focus to Manifest V3. This change will give Chrome users increased safety and peace of mind while browsing and installing extensions by providing more transparency and control over permissions, adding stricter protocols for accessing resources outside the extension’s context, and ensuring that extensions work well on all devices.

Chrome will take a gradual and experimental approach to turning off Manifest V2 to ensure a smooth end-user experience during the phase-out process. We would like to make sure developers have the information they need, with plenty of time to transition to the new manifest version and to roll out changes to their users. In support of that goal, we’re providing more details about how Chrome will phase out Manifest V2 support.

For developers who still own extensions running Manifest V2, we recommend completing migration to Manifest V3 well ahead of the release of these Chrome versions because those extensions may stop working at any time following the aforementioned dates.

We also have a few updates on how the phase-out will look on the Chrome Web Store:

In addition, we have been working with extension developers to improve Manifest V3 and to incorporate feedback from our community. Based on developer feedback, in recent months we’ve supplemented service worker functionality, introduced new APIs, and made a number of other platform improvements.

We know that some members of our community are paying close attention to in-progress feature additions and bug fixes to the Manifest V3 platform. To provide greater transparency to our community, we are also adding a progress page for interested developers to keep track of top priority issues Chrome is tackling before the turn-down experiments.

We thank all of our developers who have provided valuable feedback over the past year as they’ve migrated their extensions to Manifest V3. We're excited to see the growth of adoption from developers who are creating new extensions and migrating existing ones. We also want to thank the many developers in our community who have stepped up to provide guidance to others with similar questions. If you have feedback or comments, please continue to let us know by posting to the chromium-extensions Google Group.

We look forward to continuing to work together to make the extension ecosystem vibrant, performant, and trustworthy.