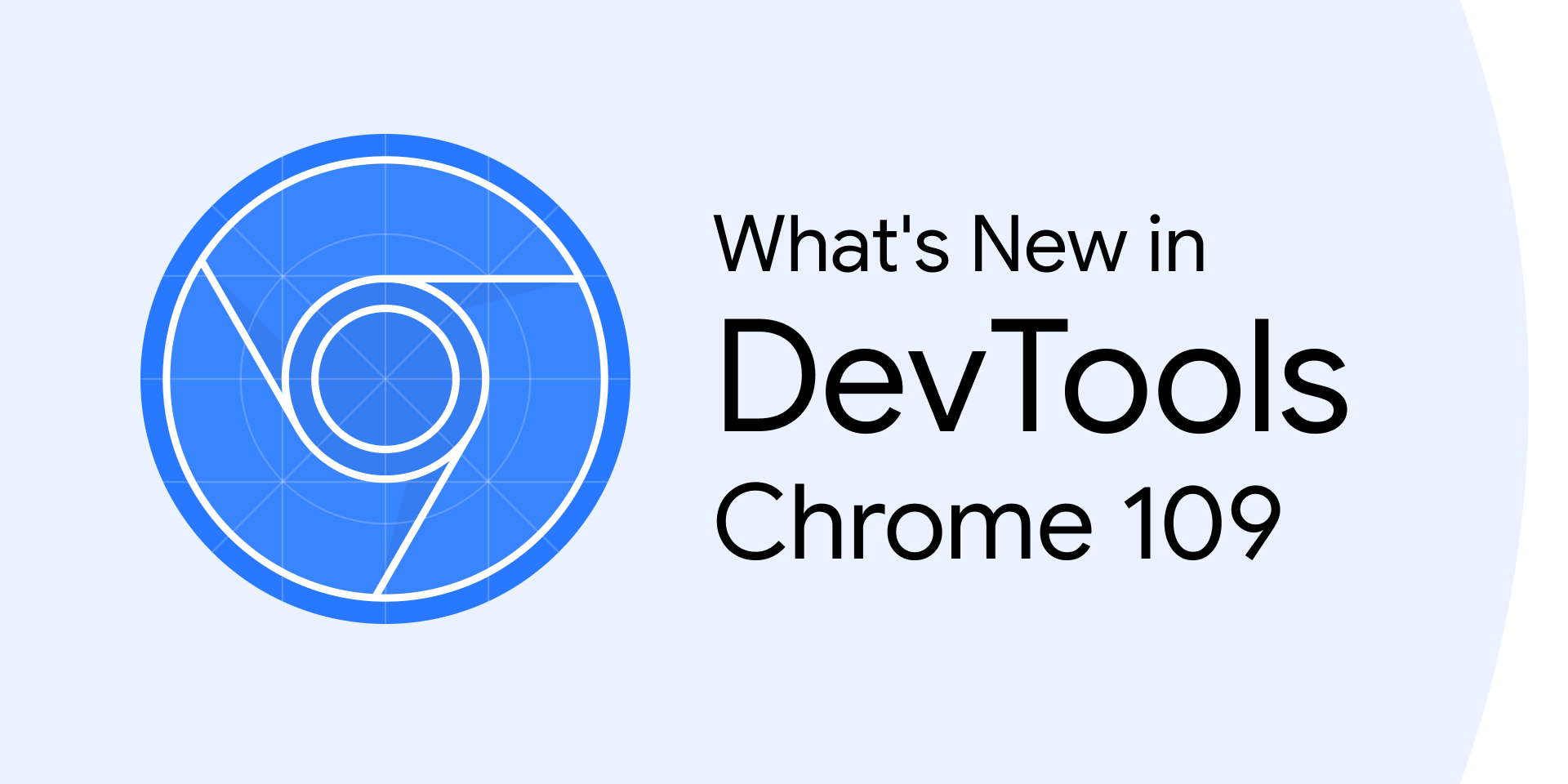 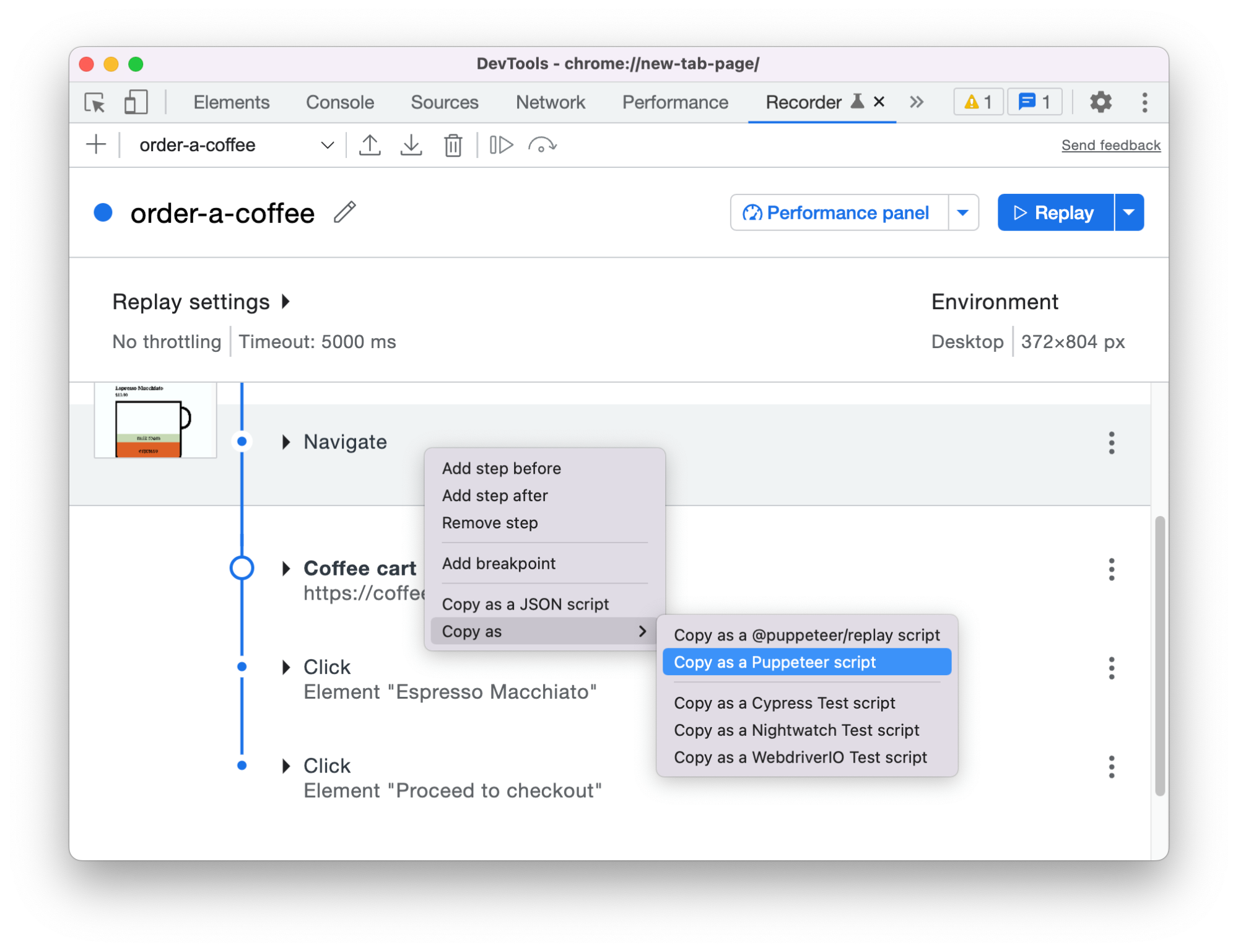 Open an existing user flow in the Recorder. Previously, when you replayed the user flow, DevTools would always start the replay by navigating to or reloading the page.

With the latest updates, the Recorder shows the navigation step separately. You can right-click and remove it to perform in-page replay!

Apart from that, you can right-click a step and copy it to the clipboard in the *Recorder panel instead of exporting the whole user flow. It works with extensions too. For example, try to copy a step as a Nightwatch Test script. With this feature, you can update any existing script with ease.

Previously, you could access the step menu only through the 3-dot button. You can now right-click anywhere on the step to access the menu.

The Performance panel now shows the actual function names and their sources in the trace if there’s a sourcemap. 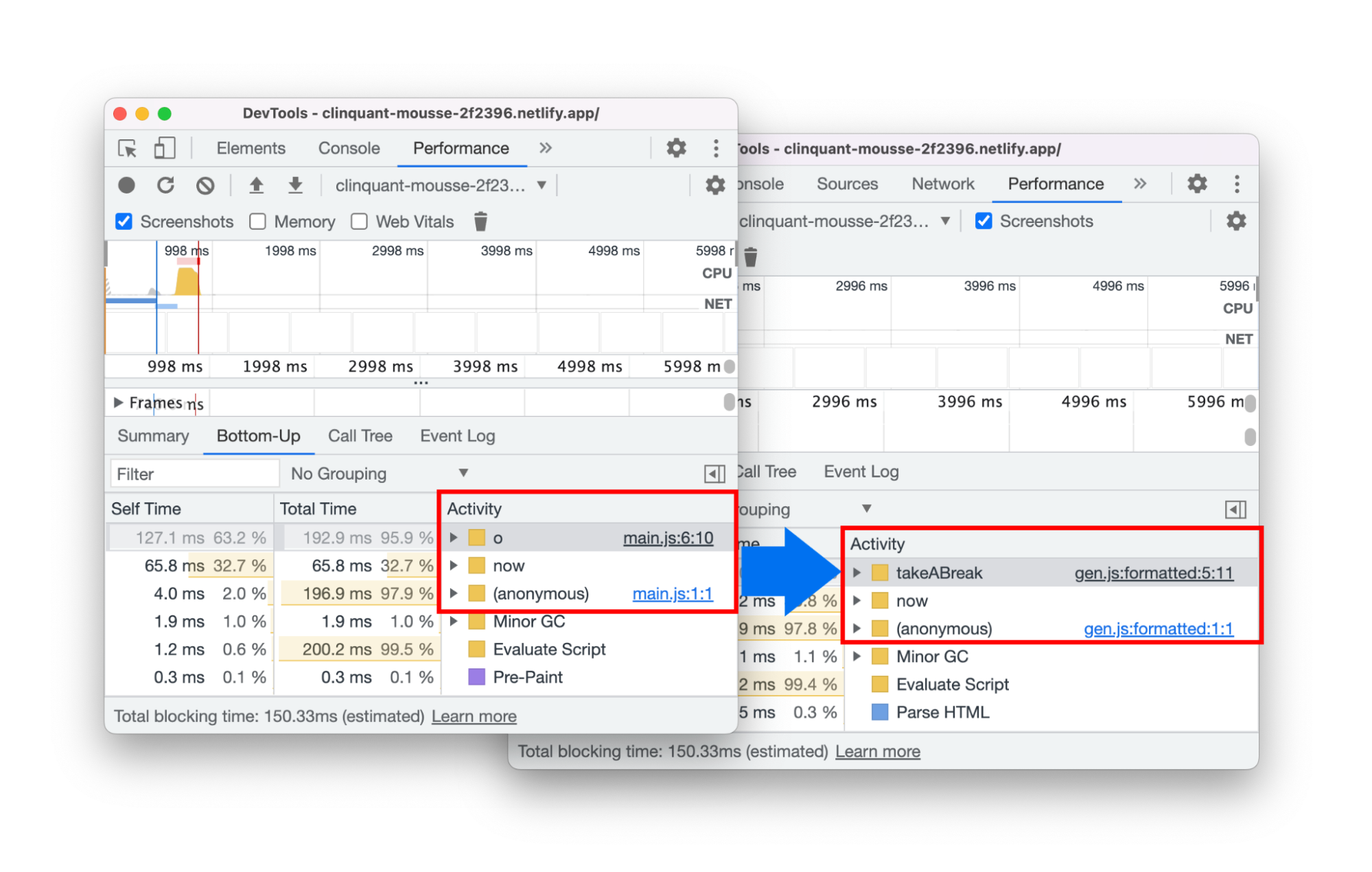 Previously, when you recorded a trace in the Performance panel, the trace only showed you the minified function names. This made it harder to debug.

With the latest changes, DevTools now reads the source map and shows the actual function names and source location.

You can switch between tabs in the Sources panel using: On MacOS, Function + Command + Arrow up and down On Windows and Linux, Control + Page up or down

Moreover, you can navigate the autocomplete suggestions with Ctrl + N and Ctrl + P on MacOS, similar to Emacs. For example, you can type window. in the Console and use these shortcuts to navigate.

On top of that, DevTools now accepts Arrow Right for autocompletion only at the end of line. For example, an autocomplete dialog shows when you are editing something in the middle of the code. When you press the Arrow Right key, most likely, you want to set the cursor to the next position instead of autocomplete. This UX change better aligns with your authoring workflow.

These are some JavaScript debugging improvements in this release:

The current Breakpoints pane provides little visual aid in overseeing all breakpoints. On top of that, frequently used actions are hidden behind the context menu.

This experimental UX redesign brings structure to the Breakpoints pane and allows developers to have quick access to commonly used features such as editing and removing breakpoints.

These are some highlights:

Read the full changes in our RFC (closed) and leave your feedback here. 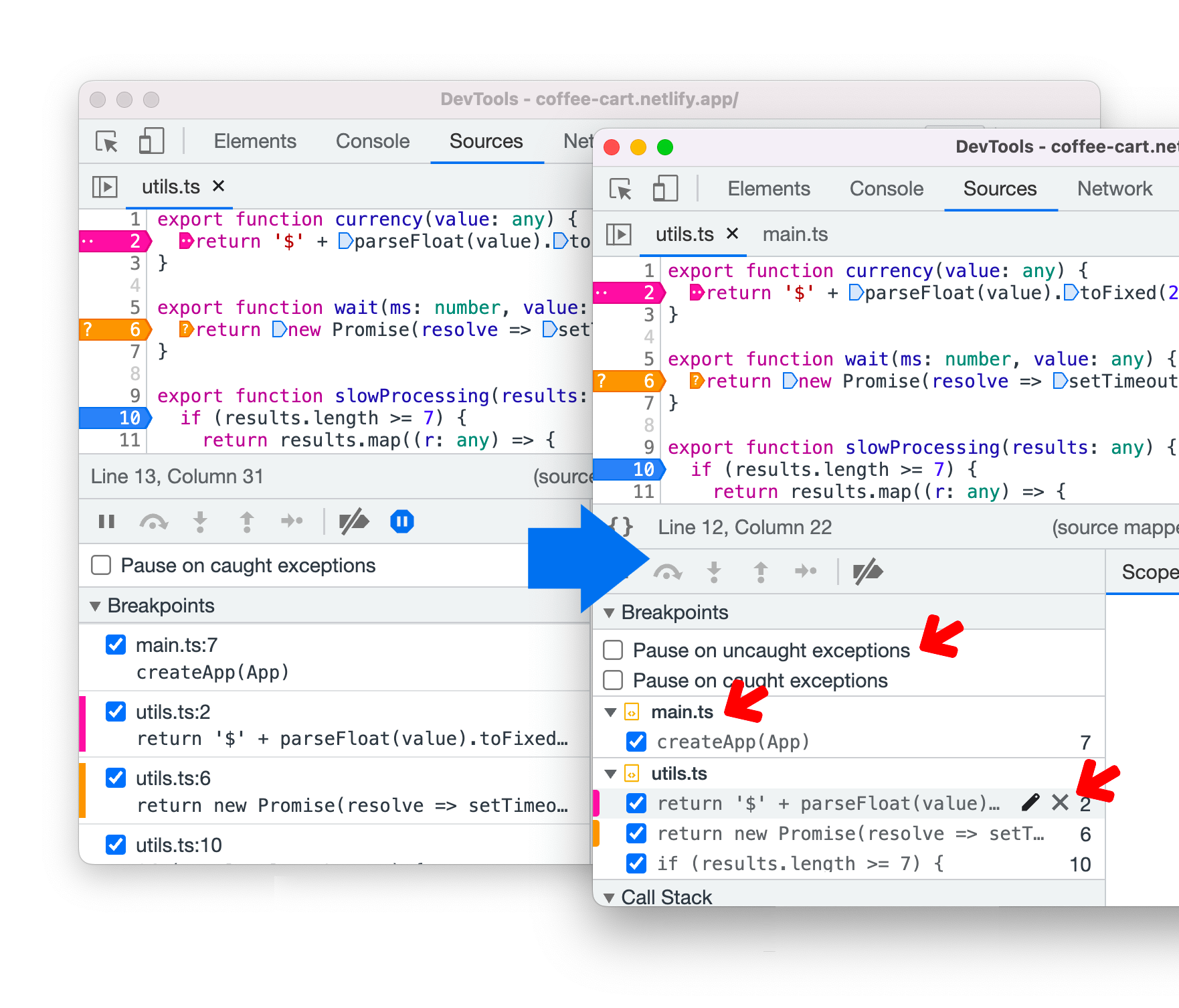 To enable the experiment, check Automatically pretty print in the Sources panel under Settings > Experiments.

The Sources panel now automatically pretty-prints minified source files in place. You can click the pretty print button { } to undo it.

Previously, the Sources panel showed minified content by default. You had to click the pretty print button manually to format the content. On top of that, the pretty-printed content wasn't displayed in the same file, but in another ::formatted tab. 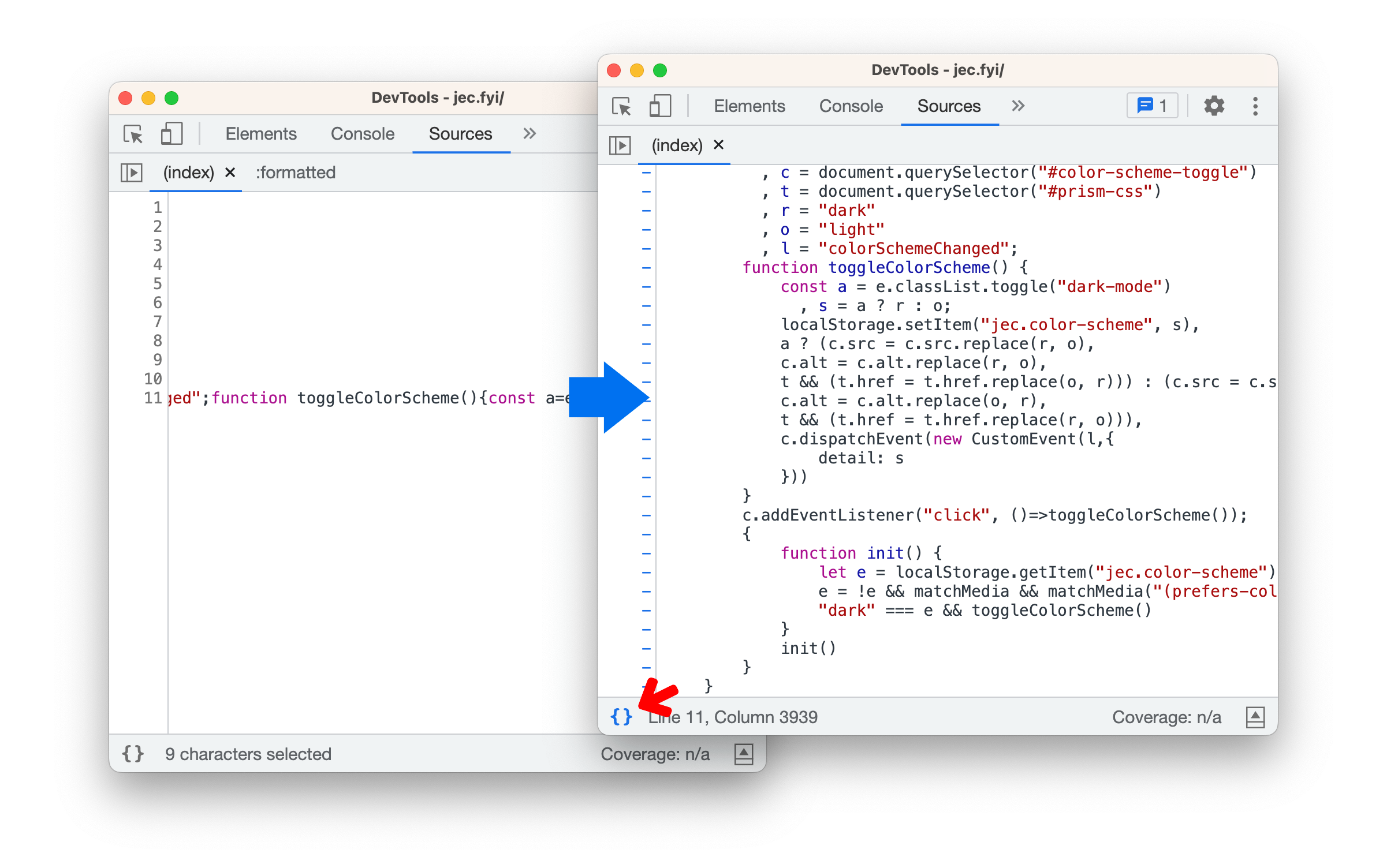