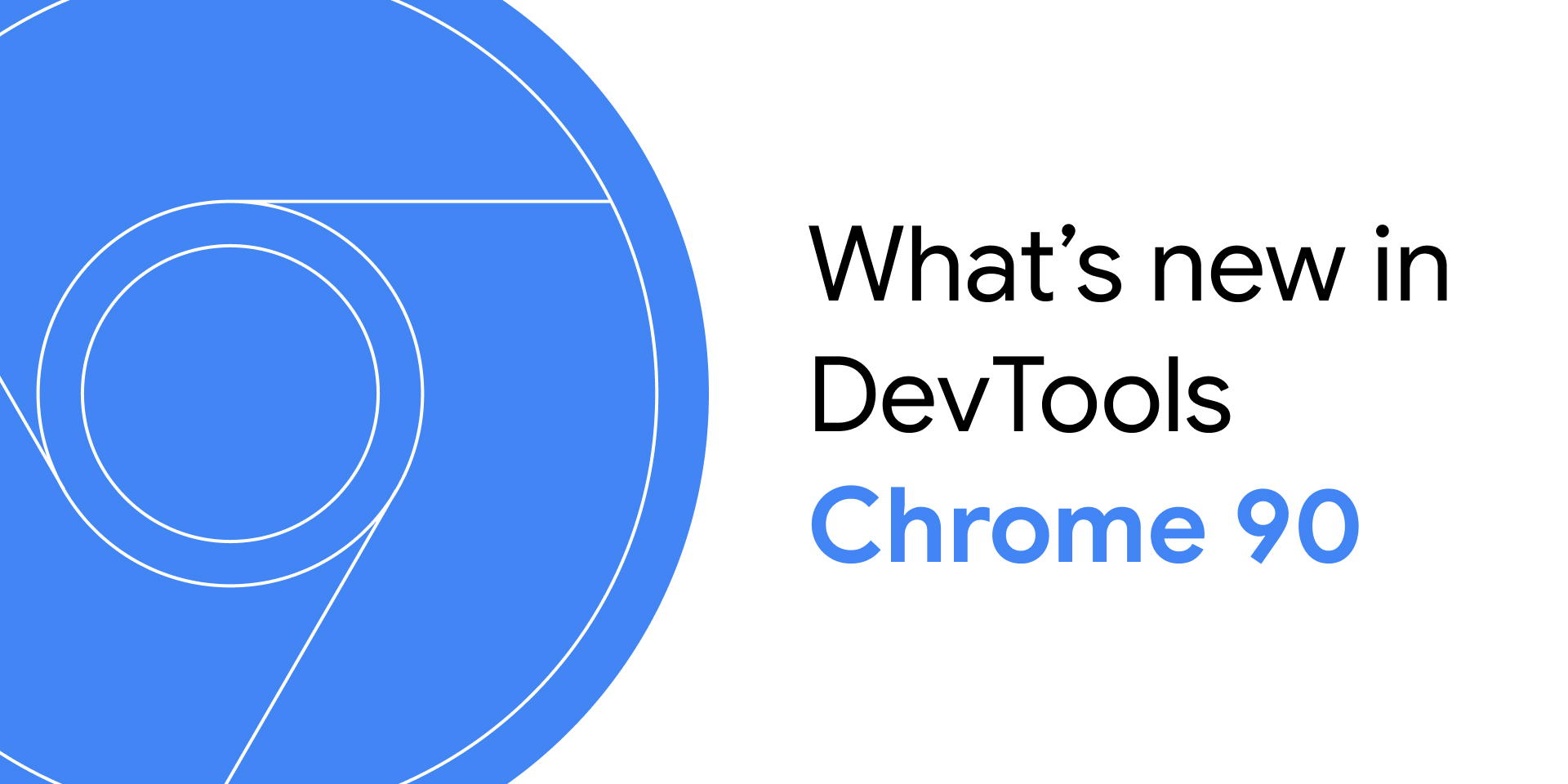 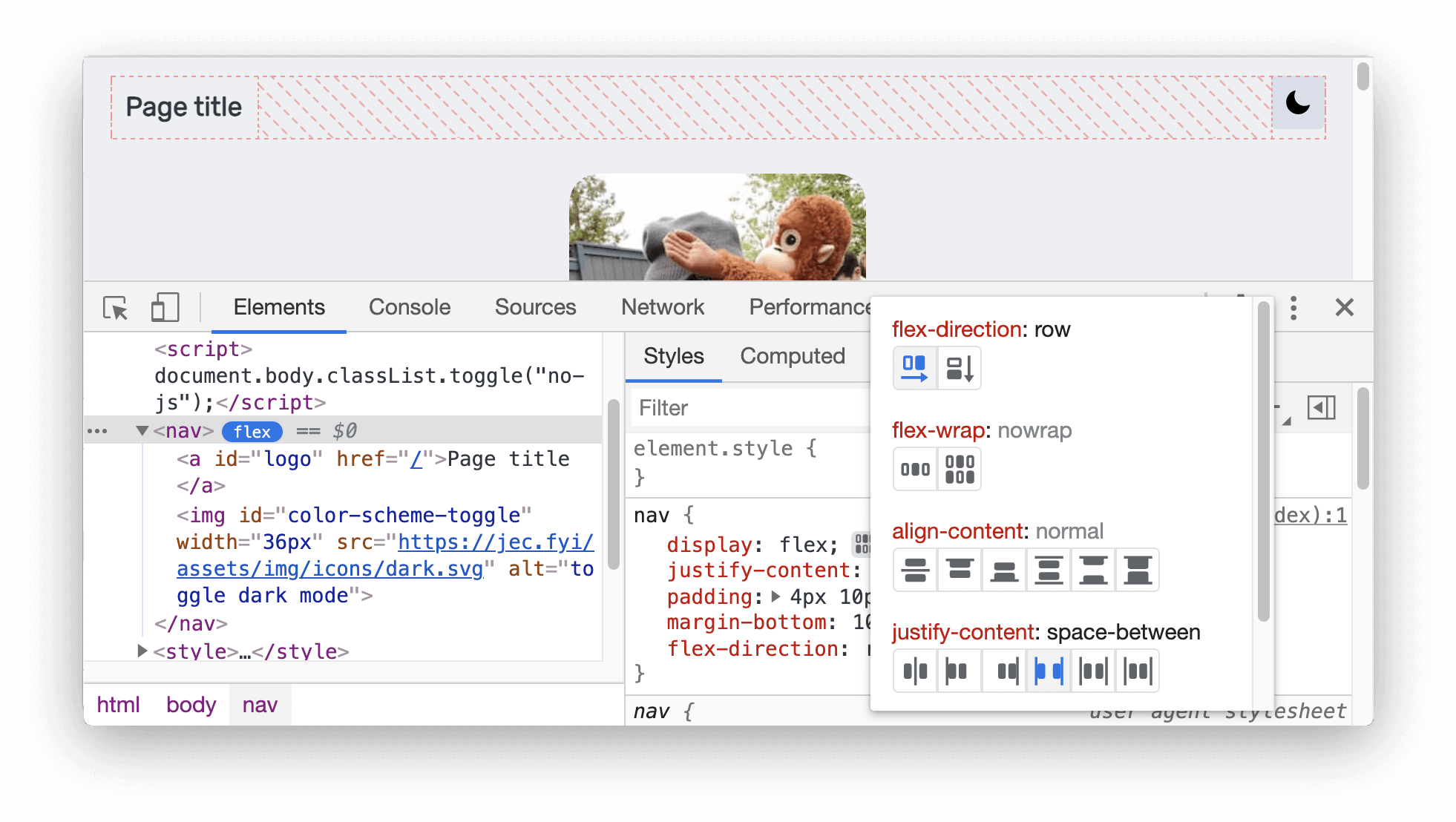 When an HTML element on your page has display: flex or display: inline-flex applied to it, you can see a flex badge next to it in the Elements panel. Click the badge to toggle the display of a flex overlay on the page.

In the Styles pane, you can click on the new icon next to the display: flex or display: inline-flex to open the Flexbox editor. Flexbox editor provides a quick way to edit the flexbox properties. Try it yourself!

In addition, the Layout pane has a Flexbox section, display all the flexbox elements on the page. You can toggle the overlay of each element.

Core Web Vitals is an initiative by Google to provide unified guidance for quality signals that are essential to delivering a great user experience on the web. 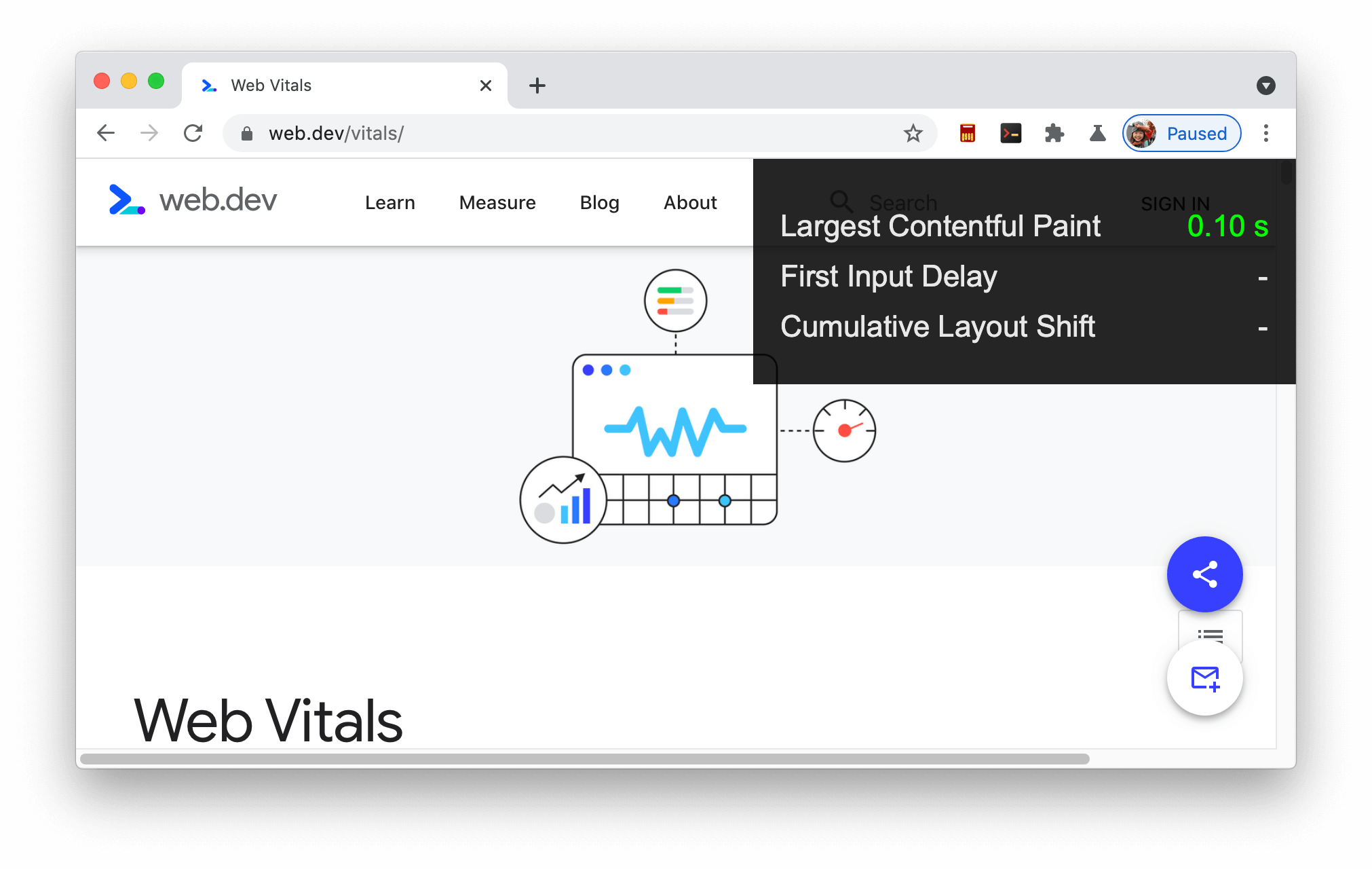 A new issue count button is now added in the Console status bar to improve the visibility of issues warnings. This will replace the issue message in the Console. 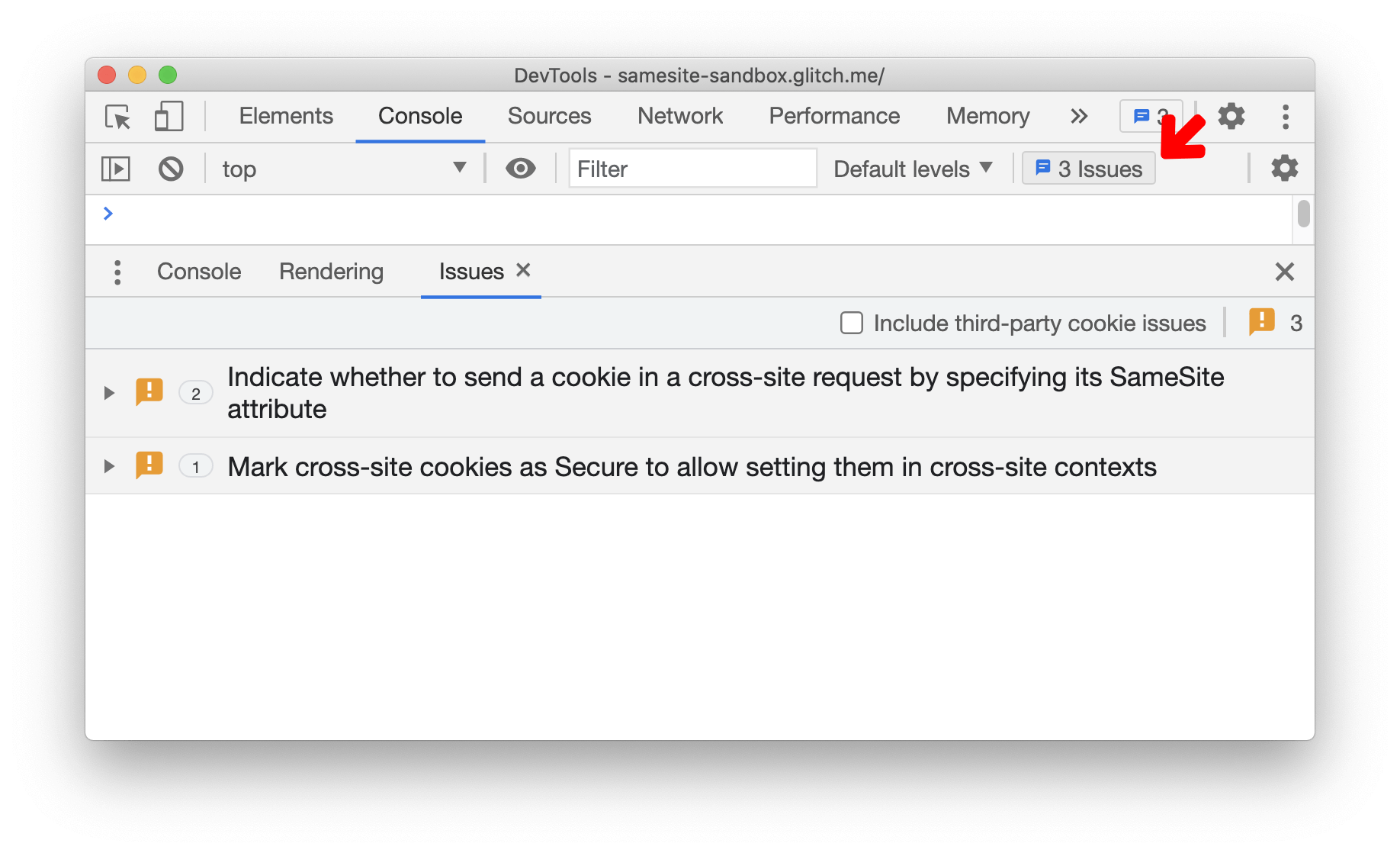 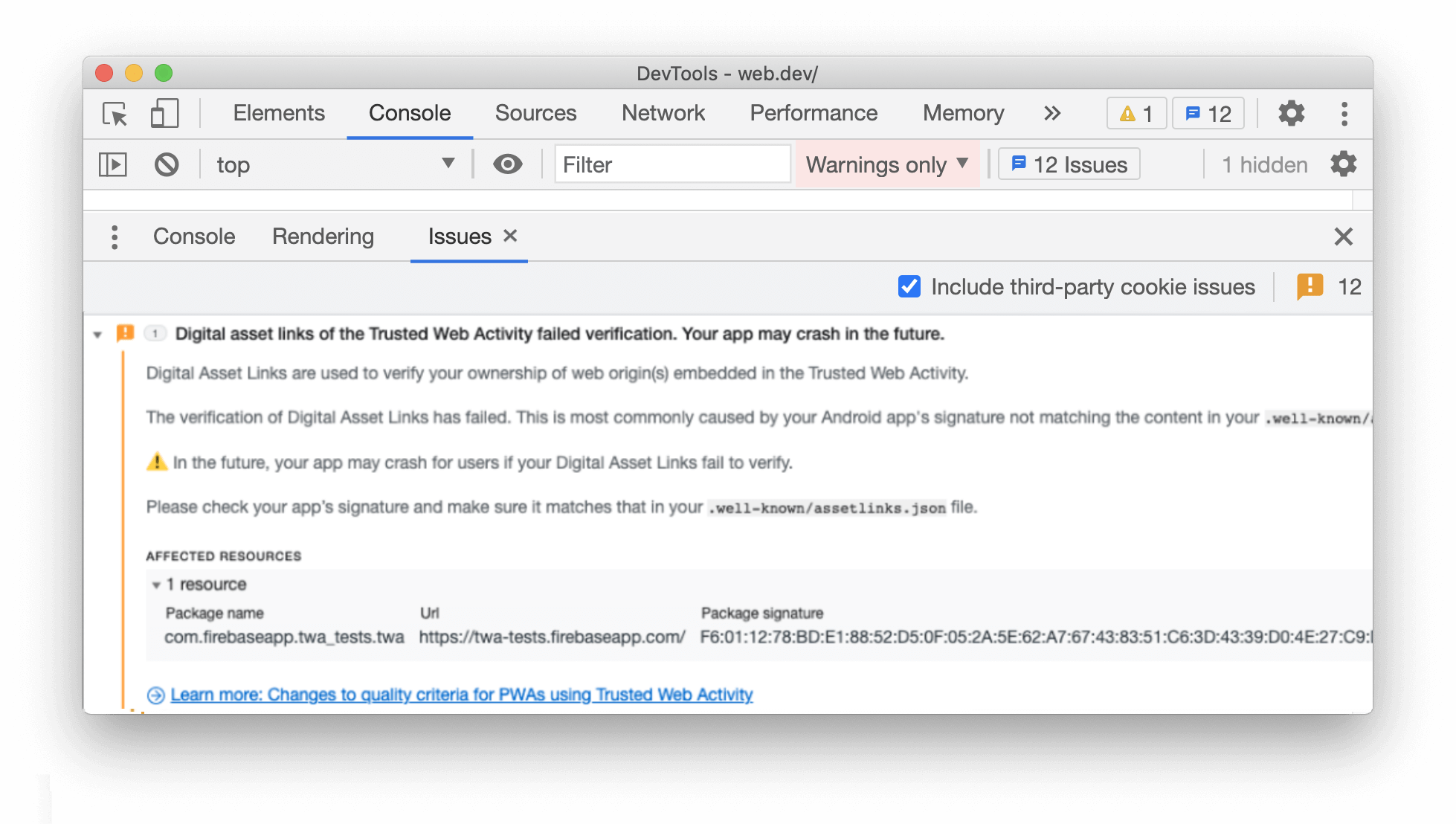 # Format strings as (valid) JavaScript string literals in the Console

Now, the Console formats strings as valid JavaScript string literals in the Console. Previously, the Console would not escape double quotes when printing strings. 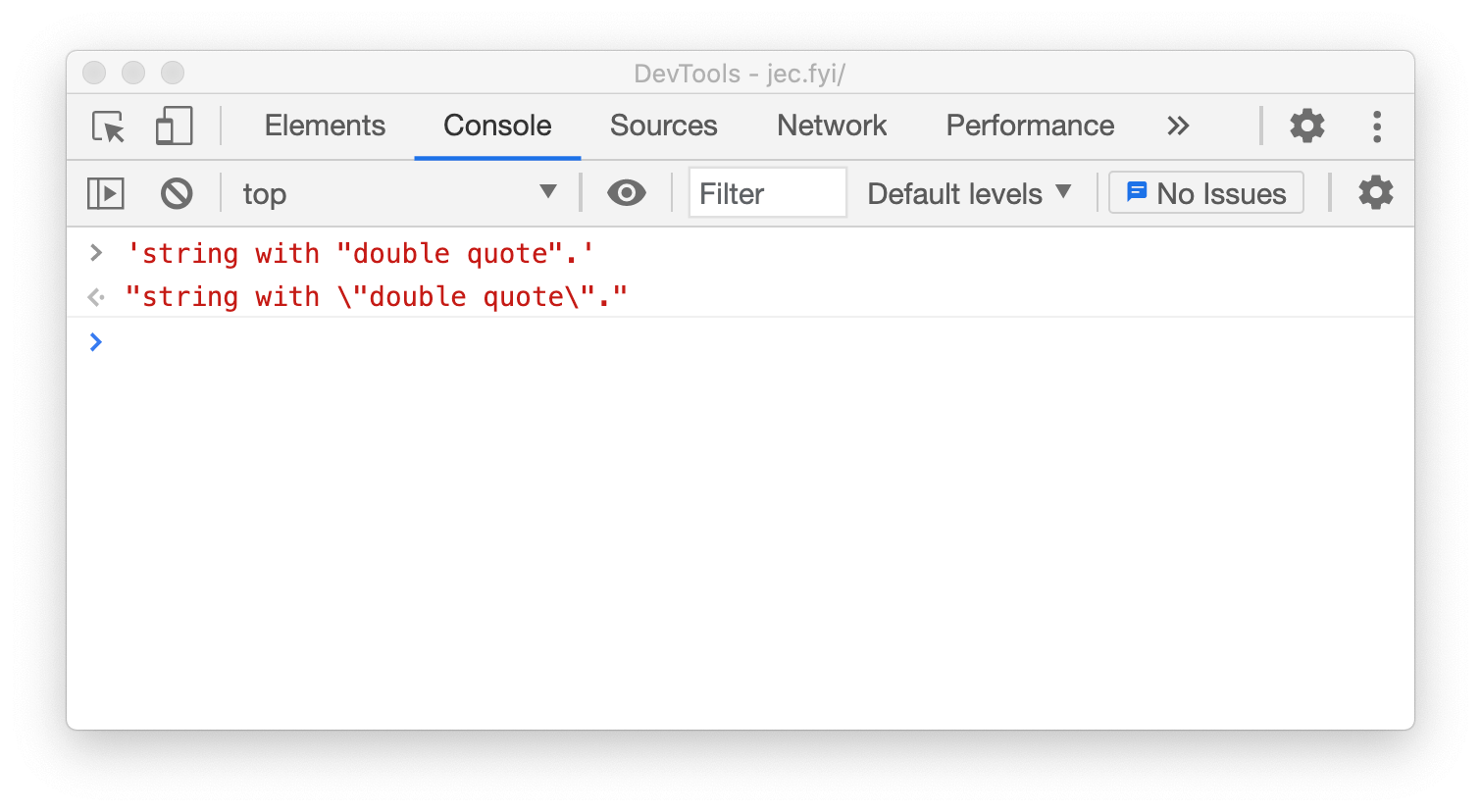 DevTools now displays all available Trust Tokens in the current browsing context in the new Trust Tokens pane, under the Application panel.

Trust Token is a new API to help combat fraud and distinguish bots from real humans, without passive tracking. Learn how to get started with Trust Tokens. 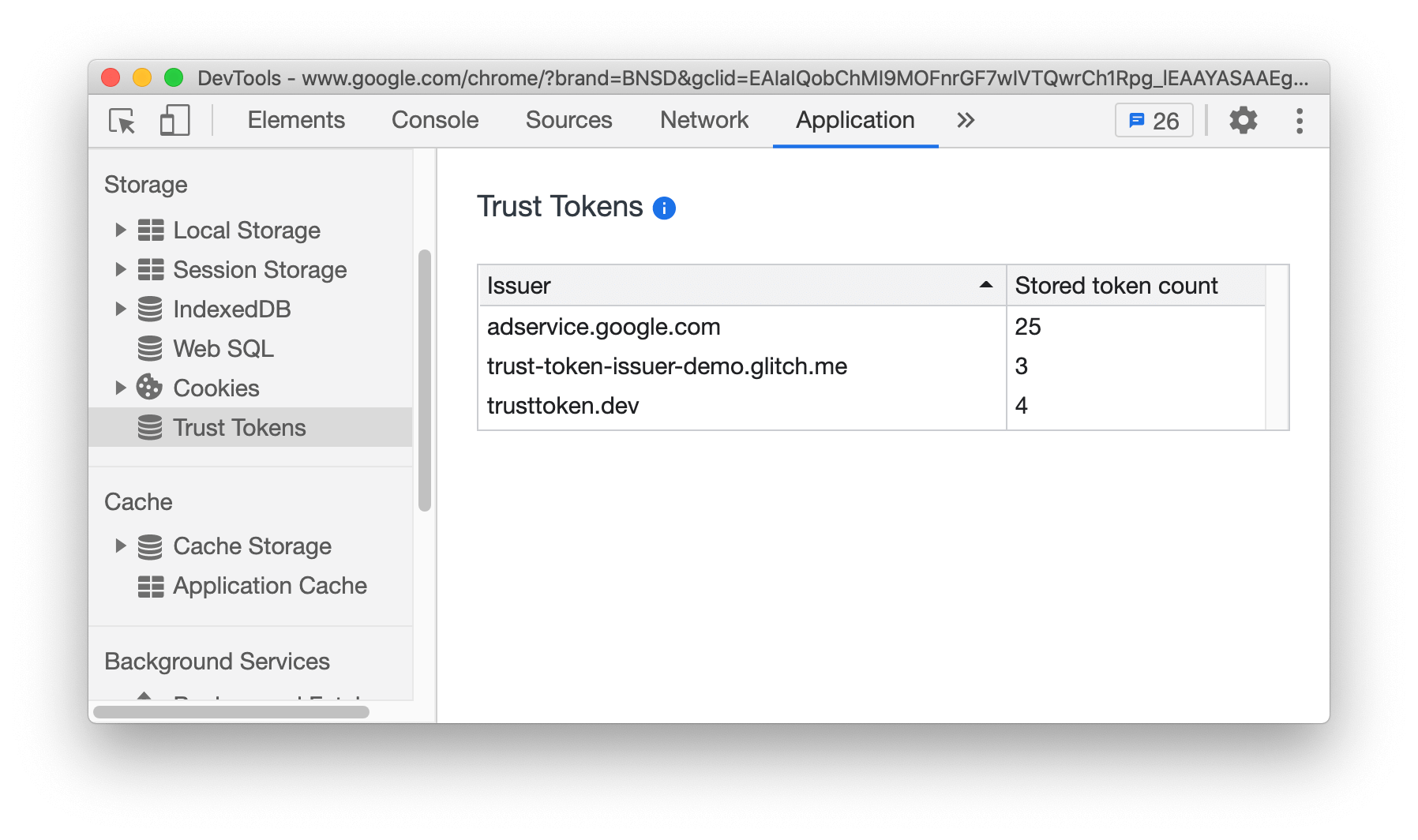 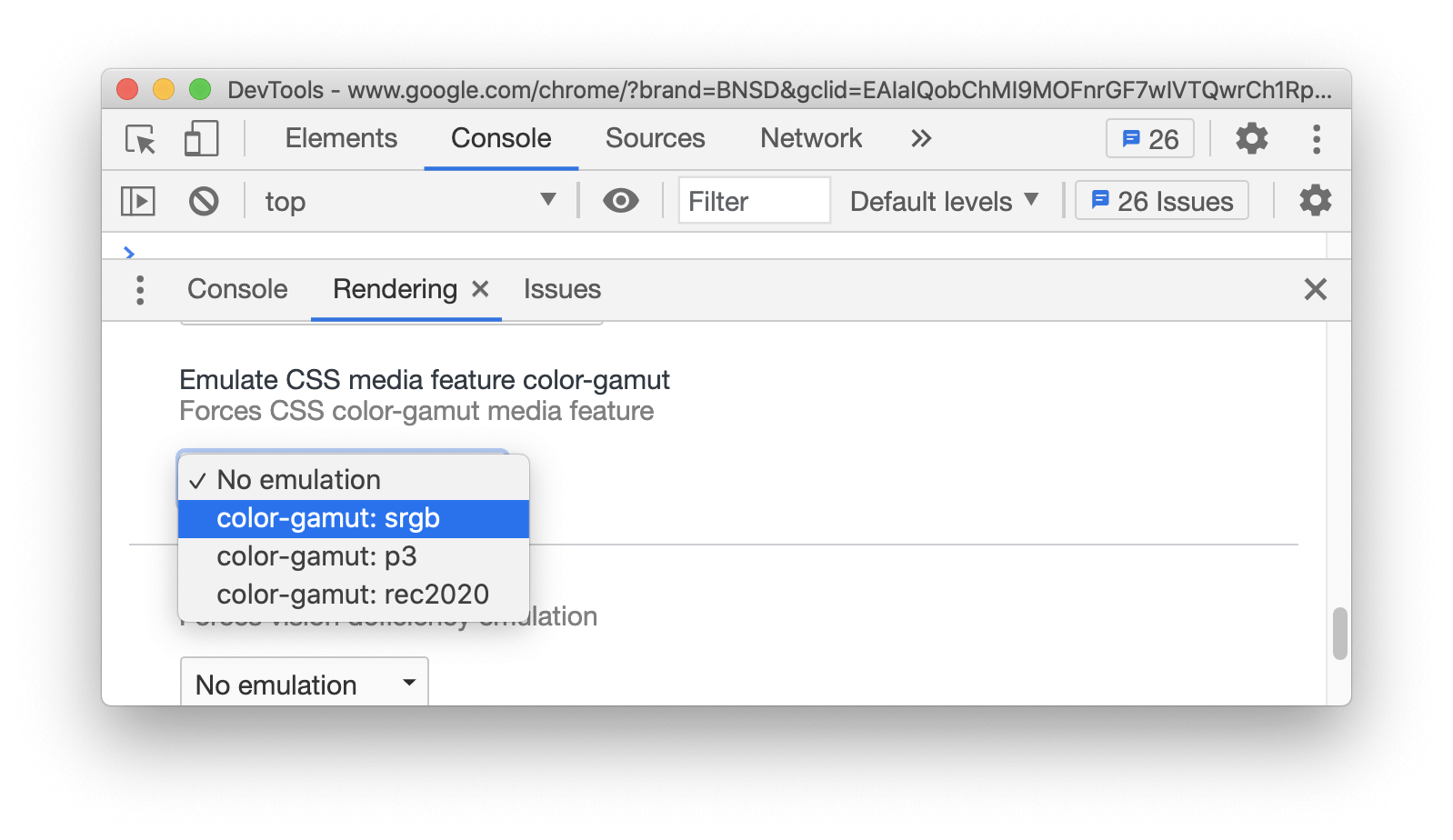 The color-gamut media query lets you test the approximate range of colors that are supported by the browser and the output device. For example, if the color-gamut: p3 media query matches, it means that the user's device supports the Display-P3 colorspace. 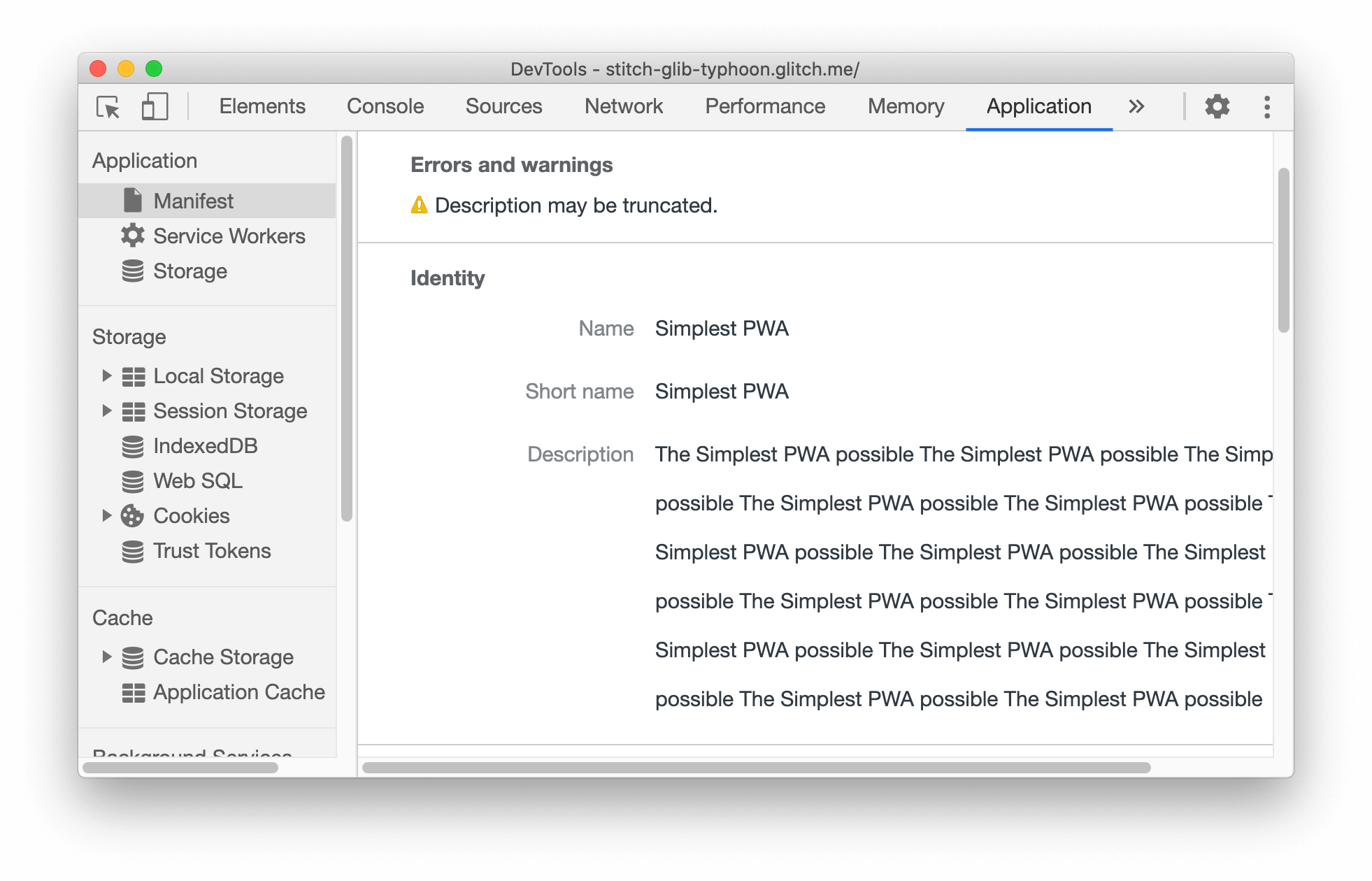 In addition, the Manifest pane now shows a warning message if the screenshot of the PWA doesn't match the requirements. Learn more about the the PWA screenshots property and its requirements here.

Use the new Remote Address Space column in the Network panel to see the network IP address space of each network resource. 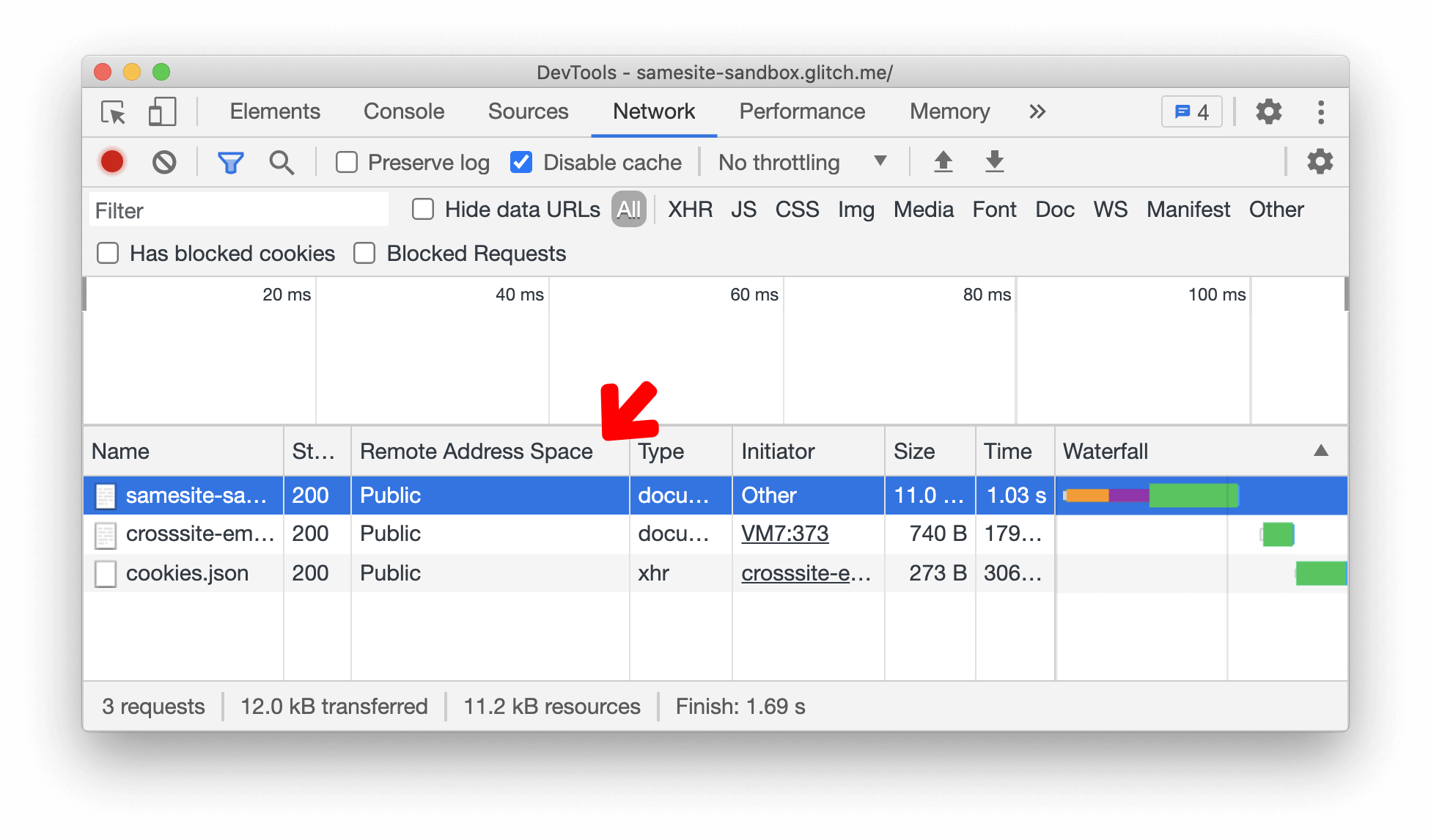 Stay tuned for a more detailed engineering blog post explained on the implementation.

Permissions policy is a web platform API which gives a website the ability to allow or block the use of browser features in its own frame or in iframes that it embeds. 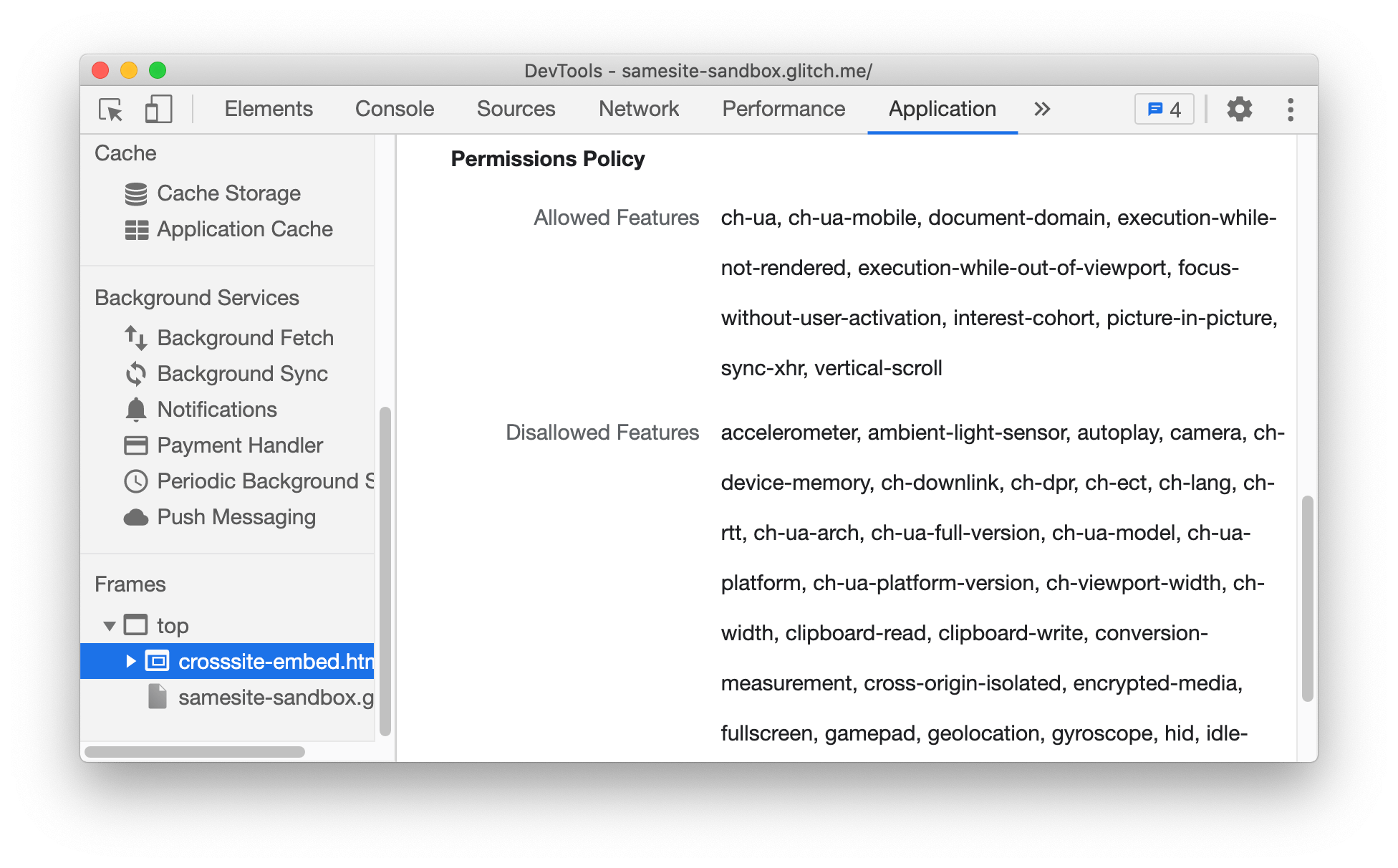 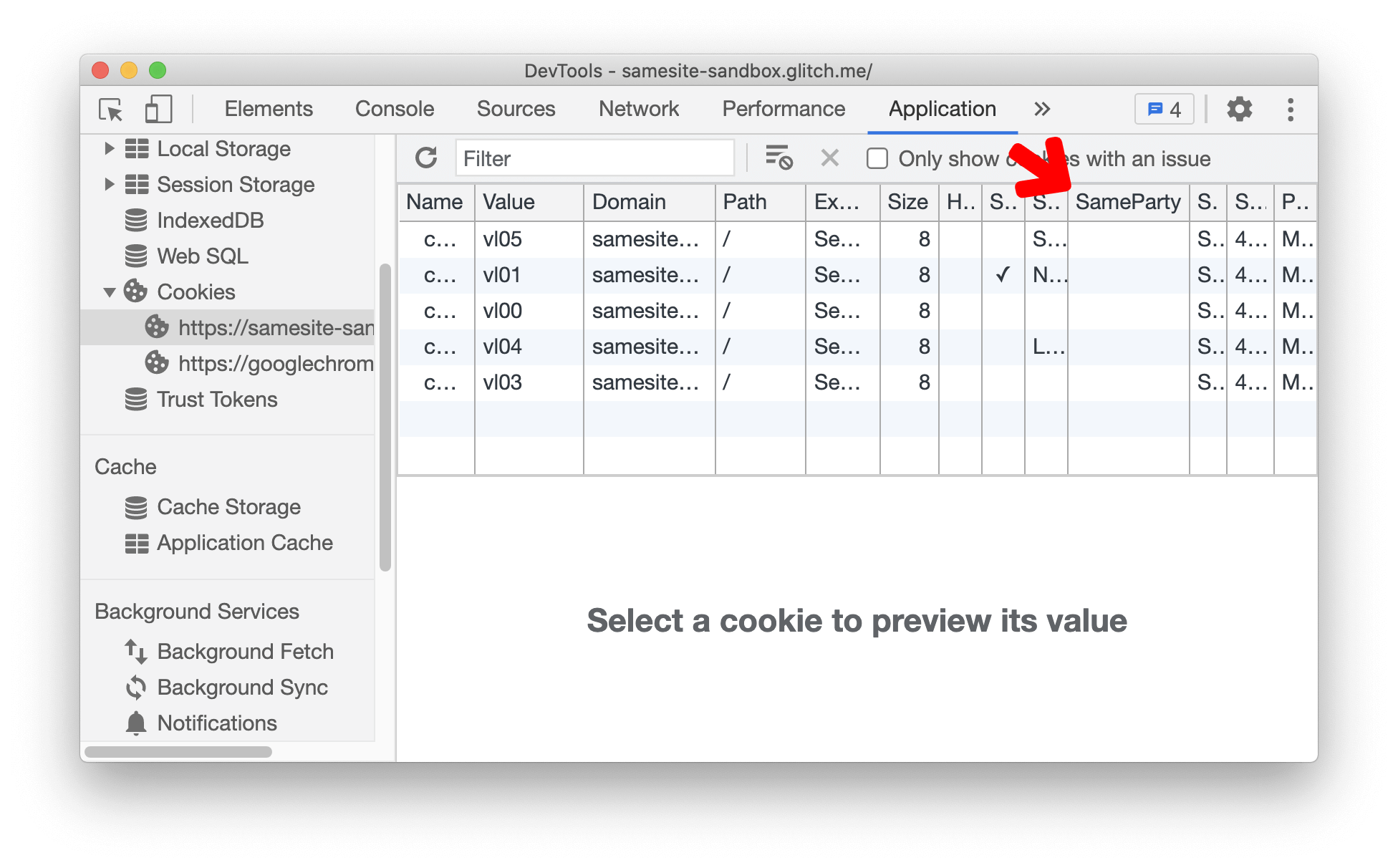 Support for the non-standard fn.displayName has been deprecated. Use fn.name instead. 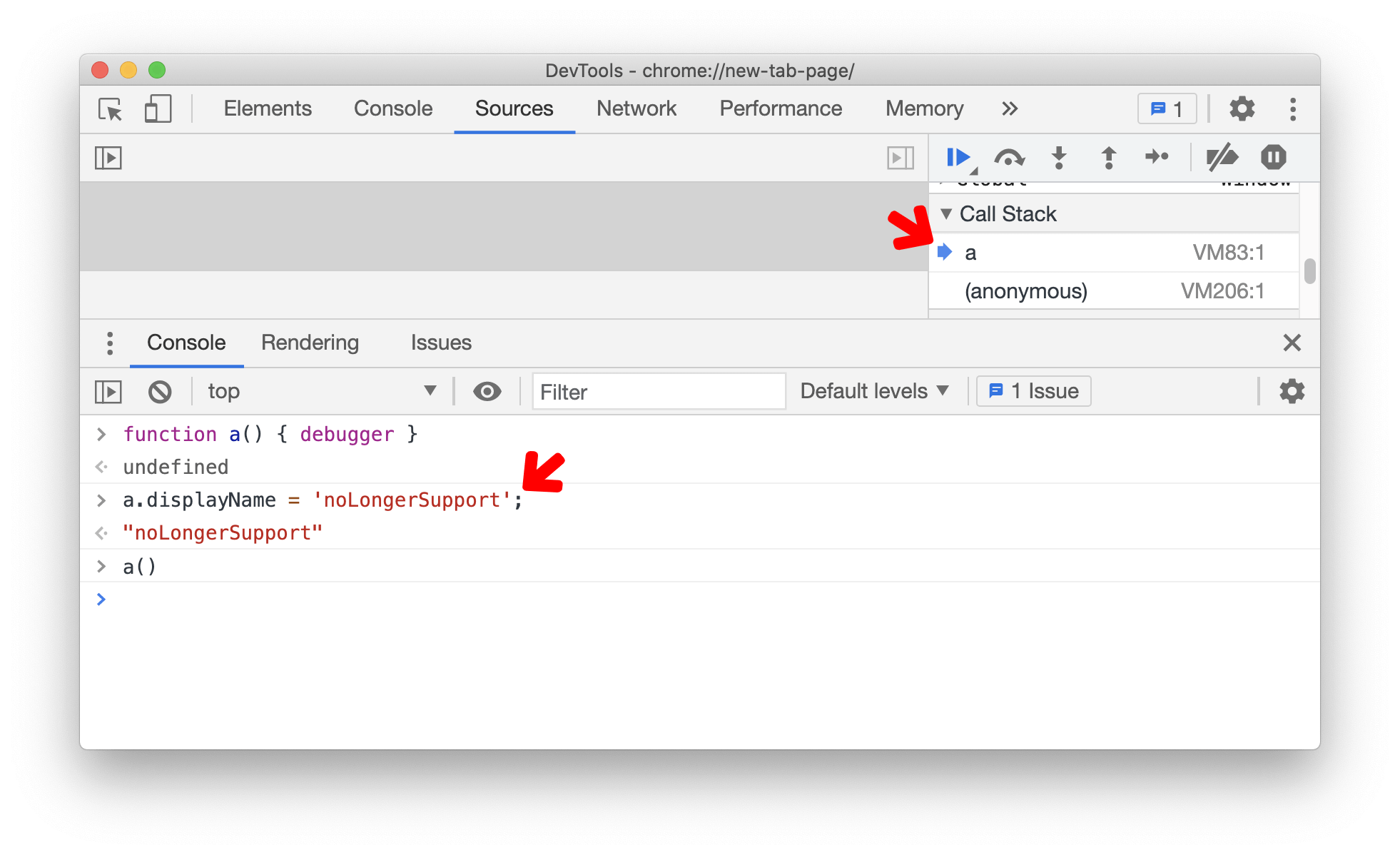 Chrome has traditionally supported the non-standard fn.displayName property as a way for developers to control debug names for functions that show up in error.stack and in DevTools stack traces. In the example above, the Call Stack would previously show noLongerSupport.

Support for fn.displayName has been unreliable and not consistent across browser engines. It slows down stack trace collection, a cost that developers always pay no matter whether they actually use fn.displayName or not. 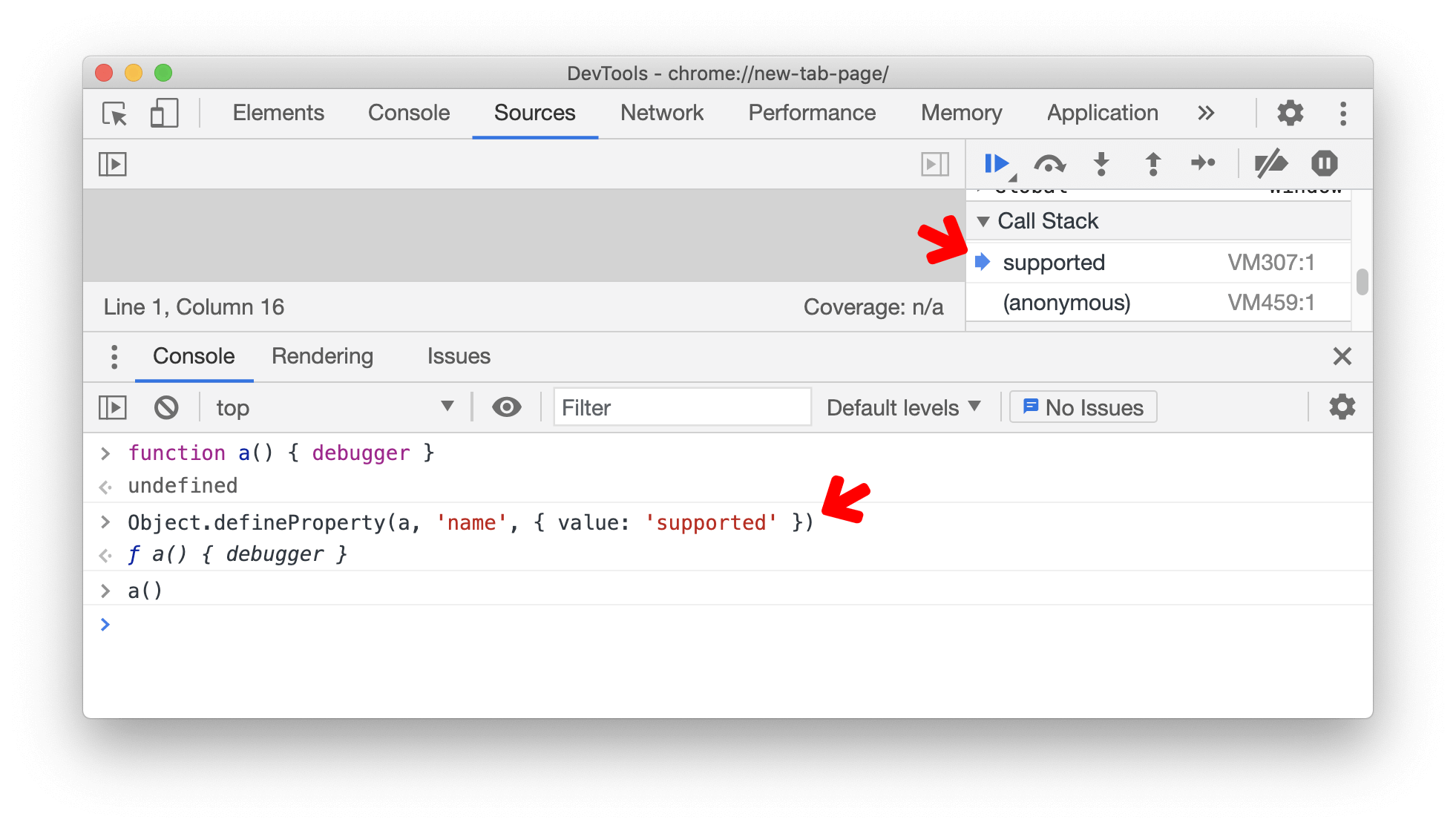 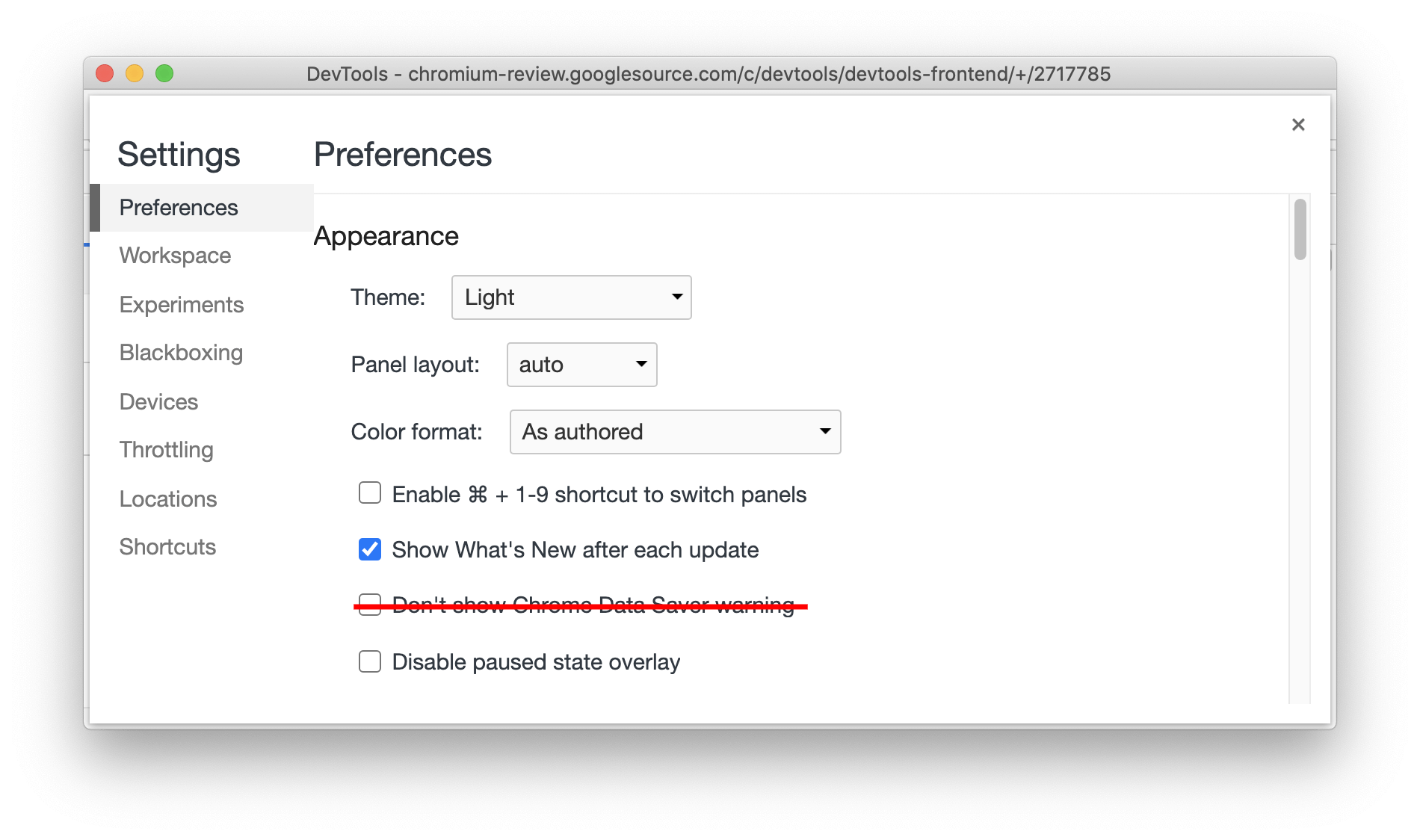 To enable the experiment, check the Enable automatic contrast issue reporting via the Issues panel checkbox under Settings > Experiments.

Low-contrast text is the most common automatically-detectable accessibility issue on the web. Displaying these issues in the Issues tab helps developers discover these issues easier.

Open a page with low-contrast issues (e.g. this demo). Then, open the Issues tabs by clicking on the Issues count button in the Console status bar to view the issues. 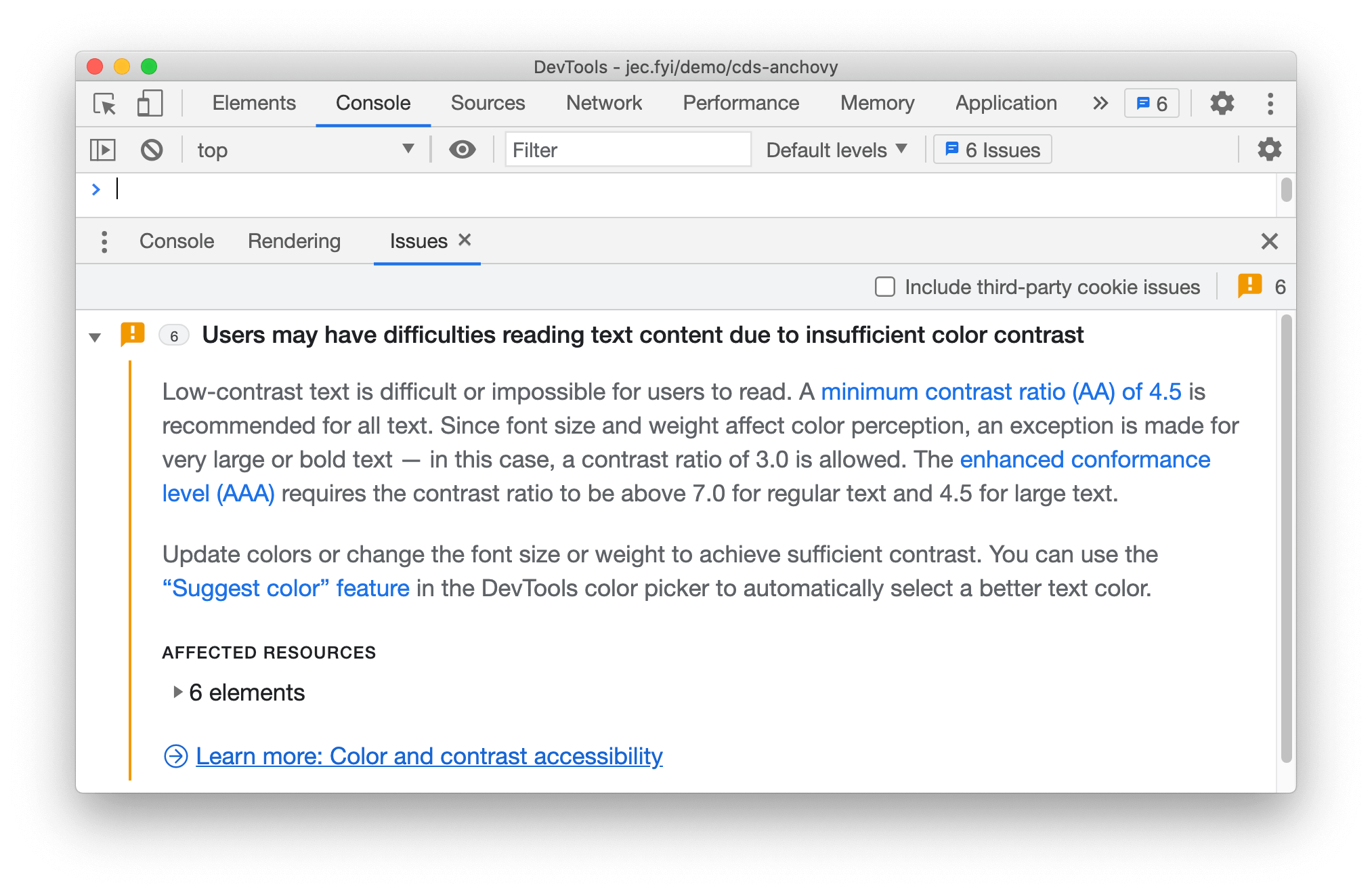 You can now toggle to view the new and improved full accessibility tree view of a page.

The current accessibility pane provides a limited display of its nodes, only showing the direct ancestor chain from the root node to the inspected node. The new accessibility tree view aims to improve that and makes the accessibility tree more explorable, useful, and easier for developers to use.

After enabling the experiment, a new button will show in the Elements panel, click to switch between the existing DOM tree and the full accessibility tree.

Please note that this is an early-stage experiment. We plan to improve and expand the functionality over time. 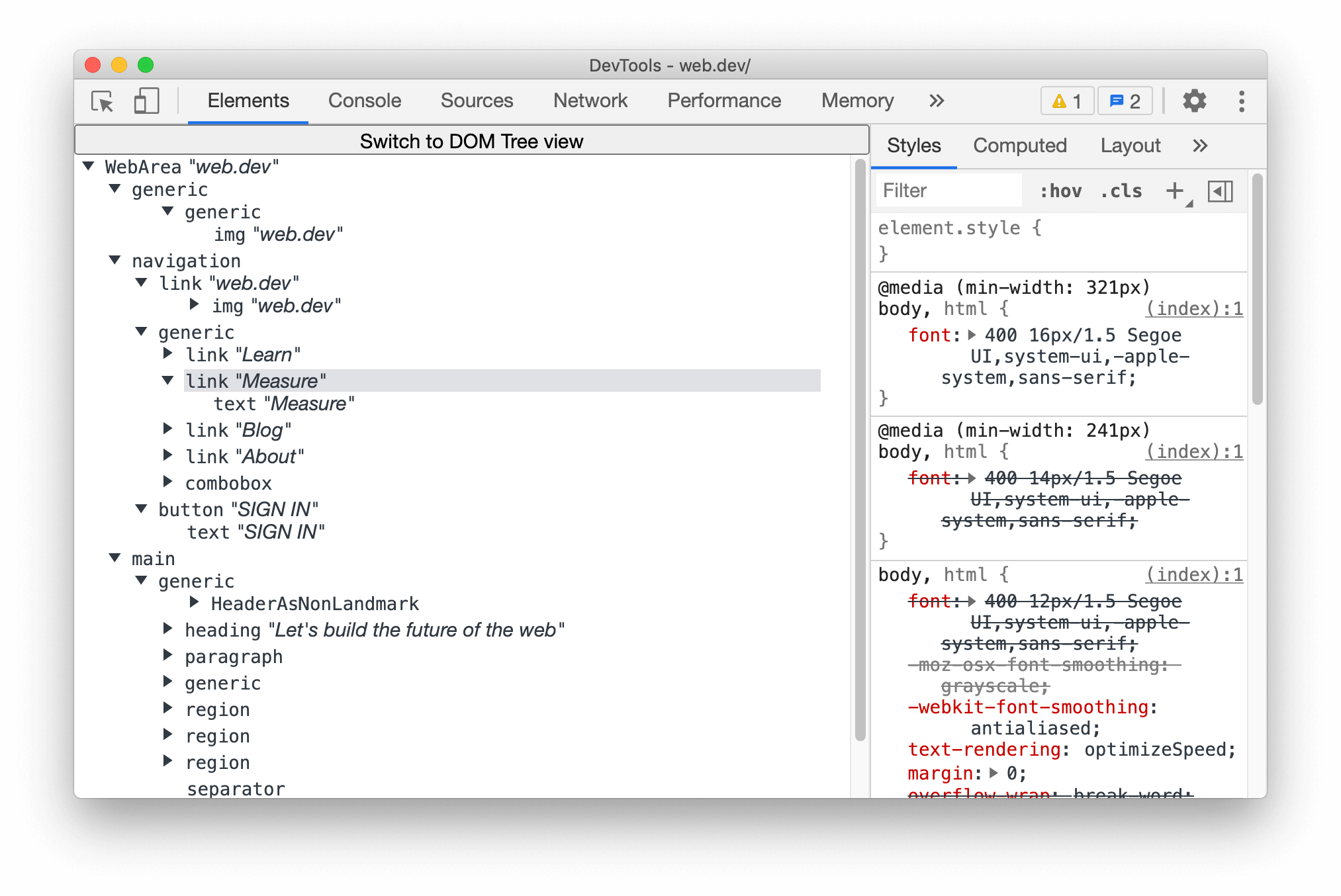