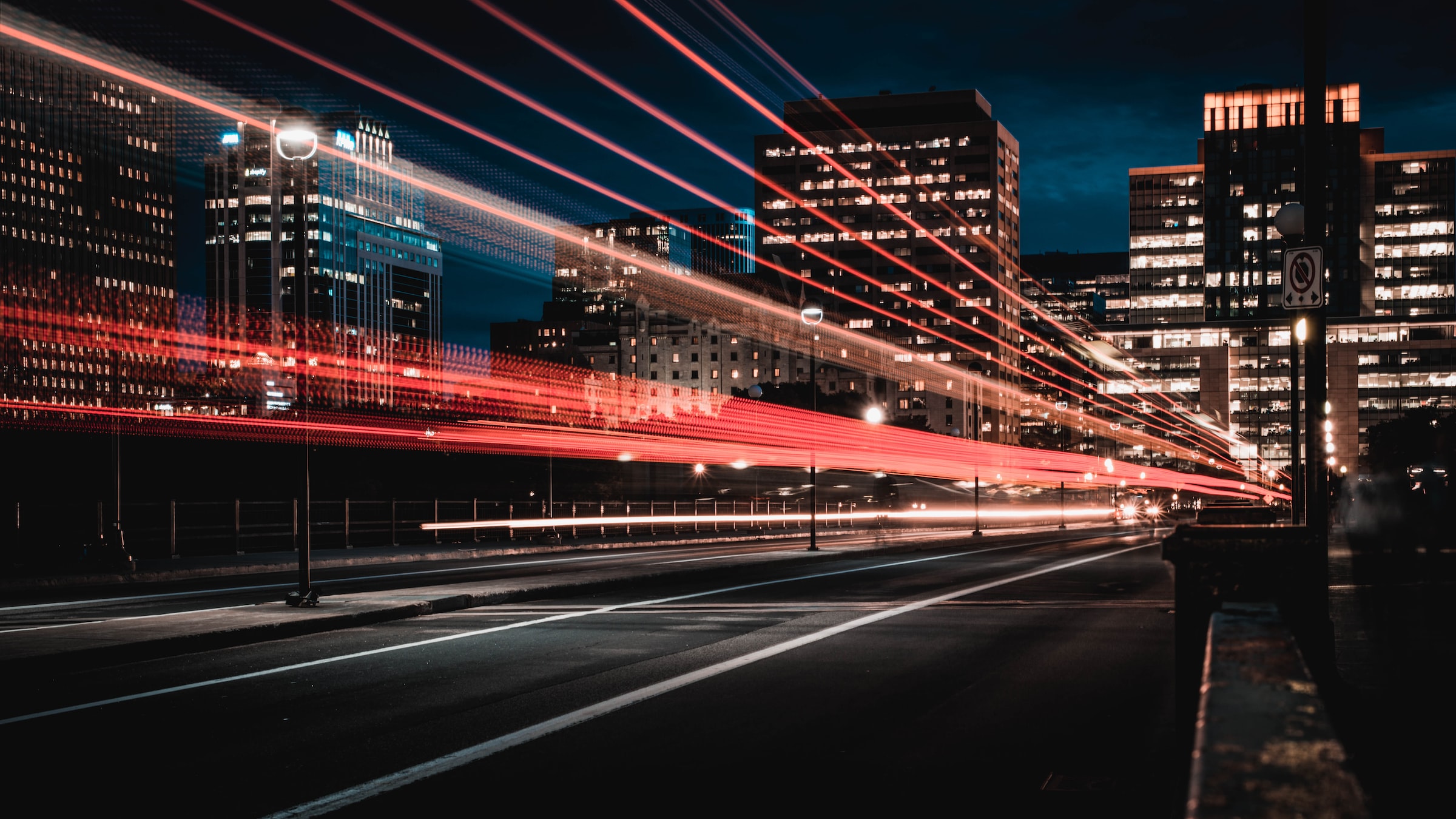 The Chrome team has been working on options to bring back full prerendering of future pages that a user is likely to navigate to. This modern reboot of prerendering will start rolling out from Chrome 108.

# A brief history of prerender

In the past, Chrome supported the <link rel="prerender" href="/next-page/"> resource hint, however it was not broadly supported beyond Chrome, and it wasn't a very expressive API.

This legacy prerendering via the link rel=prerender hint was deprecated in favor of NoState Prefetch, which instead fetched the resources needed by the future page, but did not fully prerender the page nor execute JavaScript. NoState Prefetch does help improve page performance by improving the resource loading, but will not deliver an instant page load like a full prerender would.

The Chrome team is now ready to reintroduce full prerendering back into Chrome. To avoid complications with existing usage, and to allow for future expansion of prerendering, this new prerender mechanism will not use the <link rel="prerender"...> syntax, which remains in place for NoState Prefetch, with a view of retiring this at some point in the future.

# How is a page prerendered?

A page can be prerendered in one of three ways, all of which aim to make navigations quicker:

In each of these cases, a prerender behaves as if the page has been opened in an invisible background tab, and then is "activated" by replacing the foreground tab with that prerendered page. If a page is activated before it has fully prerendered, then its current state is "foregrounded" and continues to load, which means you can still get a good head start.

As the prerendered page is opened in a hidden state, a number of APIs that cause intrusive behaviors (for example, prompts) are not activated in this state, and are instead delayed until the page is activated. In the small number of cases where this is not yet possible, the prerender is canceled. The Chrome team is working on exposing prerender cancellation reasons as an API, and also enhancing DevTools capabilities to make identifying such edge cases easier.

Prerendered pages should be treated as a hint and a progressive enhancement. Unlike preload, prerender is a speculative hint and the browser may choose not to act upon the hint based on user settings, current memory usage, or other heuristics.

Prerendering allows a near-instant page load as shown in the Video below when prerender was enabled on web.dev, where the first blog article is prerendered:

The web.dev site is already a fast site, but even with this you can see how prerendering improves the user experience. This can therefore also have a direct impact on a site's Core Web Vitals, with near zero LCP, reduced CLS (since any load CLS happens before the initial view), and improved FID (since the load should be completed before the user interacts).

Even when a page activates before it is fully loaded, having a head start to the page load, should improve the loading experience. When a link is activated while prerendering is still happening, the prerendering page will move to the main frame and continue loading.

However, prerendering does use additional memory and network bandwidth. Be careful not to over-prerender, at a cost of user resources. Only prerender when there is a high likelihood of the page being navigated to.

See the Measuring performance section for more information on how to measure the actual performance impact in your analytics.

For the first two use cases, you can view Chrome's predictions for URLs in the chrome://predictors page:

This screenshot was taken in a relatively fresh Chrome install, and filtering out zero confidence predictions, but if you view your own predictors you will likely see considerably more entries, and potentially more characters required to reach a high enough confidence level.

These predictors are also what drive the address bar suggested options you may have noticed:

Chrome will continually update its predictors based on your typing and selections.

For the third prerender option, web developers can insert JSON instructions onto their pages to inform the browser about which URLs to prerender:

The Speculation Rules API is planned to be expanded beyond this simple example with the addition of prefetch, scores (for example, the likelihood of a navigation), and syntax to implement document rules instead fo list rules (for example, matching href patterns on the page), which can be combined to only prerender links on mouse down, for example.

For now, only the above syntax is supported in Chrome, which is a simple list of urls to prerender.

Speculation rules can be:

Multiple speculation rules can also be added to the same page, and they append to the existing rules. Therefore, the following different ways all result in both one.html and two.html prerendering:

Multiple lists within one set of speculationrules

Below is a simple example of adding a prerender speculation rule with JavaScript:

You can view a demo of Speculation Rules API prerendering, using JavaScript insertion, on this demo page.

Removing Speculation Rules will result in the prerender being cancelled but, by the time this has happened, resources will likely have already been spent to initiate the prerender, so it is recommended not to prerender if there is a likelihood of needing to cancel the prerender.

As Speculation Rules use a <script> element, even though they only contain JSON, they need to be included in the script-src Content-Security-Policy if the site uses this—either using a hash or nonce. In future, a new inline-speculation-rules source will be supported in script-src allowing all <script type="speculationrules"> elements on a page to be supported without the need of hashes or nonces.

Prerender is usually a positive experience for users as it allows fast page rendering—often instant. This benefits both the user, and the site owner, since prerendered pages allow a better user experience that may be difficult to achieve otherwise.

However, there may be instances when you do not wish prerendering of pages to happen, for example when pages change state—either based on the initial request, or based on JavaScript executing on the page.

# Enabling and disabling prerender in Chrome

Prerender is only enabled for those Chrome users with the "Preload pages for faster browsing and searching" setting in chrome://settings/cookies/. Additionally, prerender is also disabled on low-memory devices, or if the operating system is in data-saver or battery-saver modes.

Prerendered pages will be sent with the following HTTP header:

Servers can respond based on this header, to log prerender requests, return different content, or prevent the prerender from happening. If a non-success response code is returned (that is, not a 200 or a 304), then the page will not be prerendered.

If you absolutely do not want a particular page to be prerendered, this is the best way to ensure it won't happen. However, to deliver the best experience, it is recommended to instead allow prerendering, but delay any actions that should only happen then the page is actually viewed, using JavaScript.

The document.prerendering API will return true while the page is prerendering. This can be used by pages to prevent—or delay—certain activities during the prerender until the page is actually activated.

Once a prerendered document is activated, PerformanceNavigationTiming's activationStart will also be set to a non-zero time representing the time between when the prerender was started and the document was actually activated.

You can have a function to check for prerendering and prerendered pages like the following:

When the page is activated by the user viewing the page, the prerenderingchange event will be dispatched on the document, which can then be used to enable activities that previously would be started by default on page load but which you wish to delay until the page is actually viewed by the user.

Using these APIs, front-end JavaScript can detect and act upon prerendered pages appropriately.

At present the PerformanceNavigationTiming.type is not using the prerender value, that was for the older, original <link rel="prerender"...> navigation type. This is liable to change in future but for now, clients should use the document.prerendering API to identify prerendering pages and a non-zero PerformanceNavigationTiming.activationStart field to identify prerendered pages that have since been activated.

This could be achieved by using a Promise which waits for the prerenderingchange event if a document is prerendering, or resolves immediately if it is now:

This is the method we have implemented on this site and on https://web.dev.

For measuring performance metrics, analytics should consider whether it is better to measure these based upon the activation time rather than the page load time that browser APIs will report.

For Core Web Vitals, measured by Chrome through the Chrome User Experience Report, these are intended to measure the user experience. So these are measured based on activation time. This will often result in a 0 second LCP for example, showing this is great way of improving your Core Web Vitals.

Whether a page is prerendered can be seen with a non-zero activationStart entry of PerformanceNavigationTiming. This can then be logged using a Custom Dimension, or similar when logging the page views, for example using the pagePrerendered function above:

This will allow your analytics to show how many navigation are prerendered compared to other types of navigation, and also allow you to correlation any performance metrics or business metrics to these different navigation types. Faster pages means happier users, which can often have real impact on business measures as our case studies show.

As you measure the business impact of prerendering pages for instant navigations, you can decide whether it is worth investing more effort in using this technology to allow more navigations to be prerendered, or to investigate why pages are not being prerendered.

In addition to measuring the impact of pages that are visited after a prerender, it is also important to measure pages that are prerendered and not subsequently visited. This could imply you are prerendering too much, and using up valuable resources of the user for little benefit.

You can then compare the number of these events, to the actual prerender page views. Or alternatively fire another event on activation if that makes it easier to compare.

The "successful hit rate" can then be approximated by looking at the difference between these two figures. For pages where you are using the Speculation Rules API to prerender the pages, you can adjust the rules appropriately to ensure you keep a high hit rate to maintain the balance between using up the users resources to help them, versus using it needlessly.

Remember to also look at pages which have no prerenders, as that could indicate these pages are not eligible for prerendering, even from the address bar. That may mean you are not benefiting from this performance enhancement. The Chrome team is looking to add extra tooling to test for Prerender eligibility perhaps similar to the bfcache testing tool, and also potentially add an API to expose why a prerender failed.

See the dedicated post on Chrome Extensions: Extending API to support Instant Navigation which details some additional considerations extension authors may need to think about for prerendered pages.

Prerendering is in active development by the Chrome team, and there are plenty of plans to expand the scope of what has been made available in the Chrome 108 release. We welcome any feedback on the GitHub repo or via our issue tracker, and look forward to hearing and sharing case studies of this exciting new API.