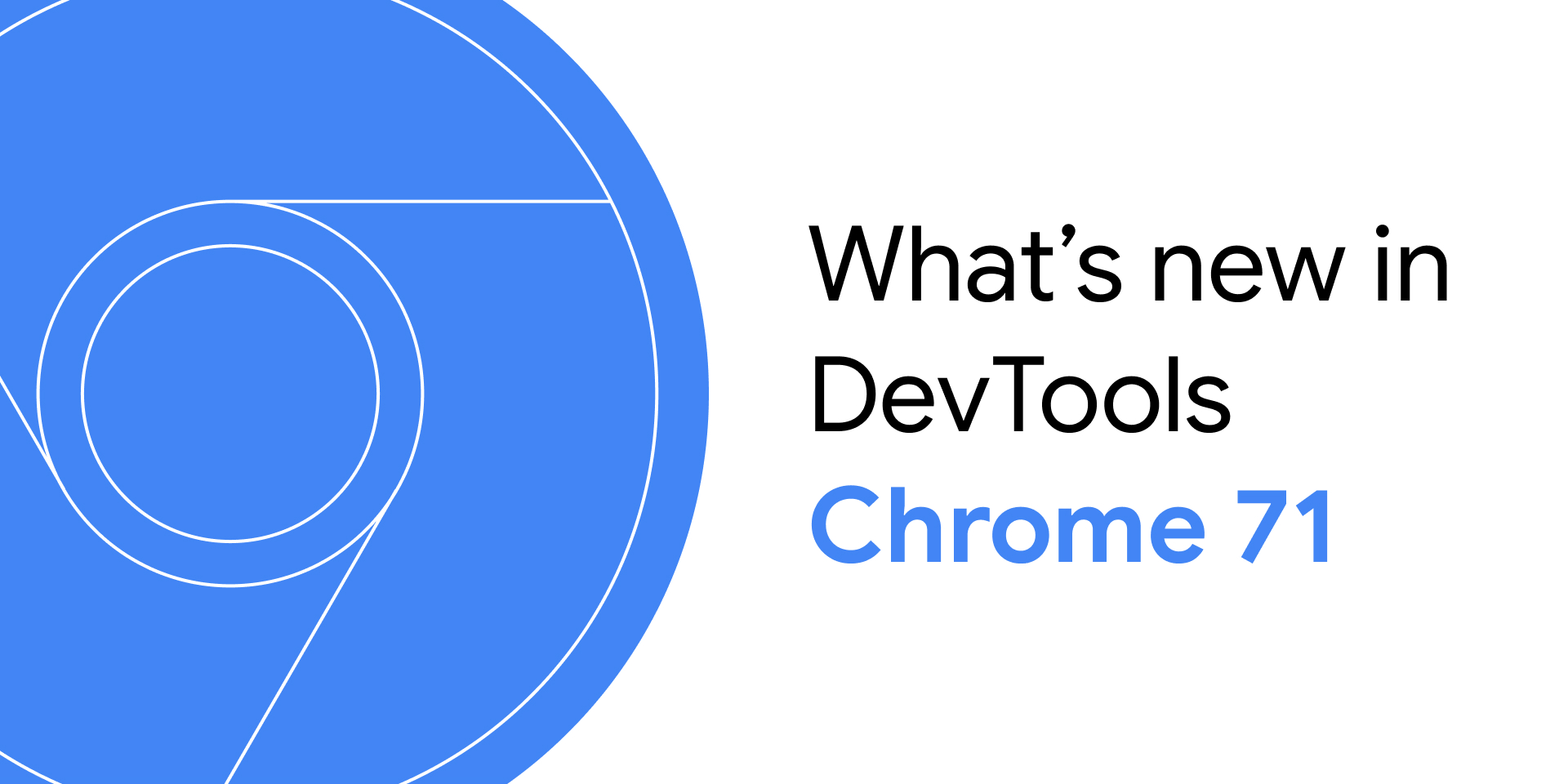 New features and major changes coming to Chrome DevTools in Chrome 71 include:

Read on, or watch the video version of this page:

# Hover over a Live Expression to highlight a DOM node 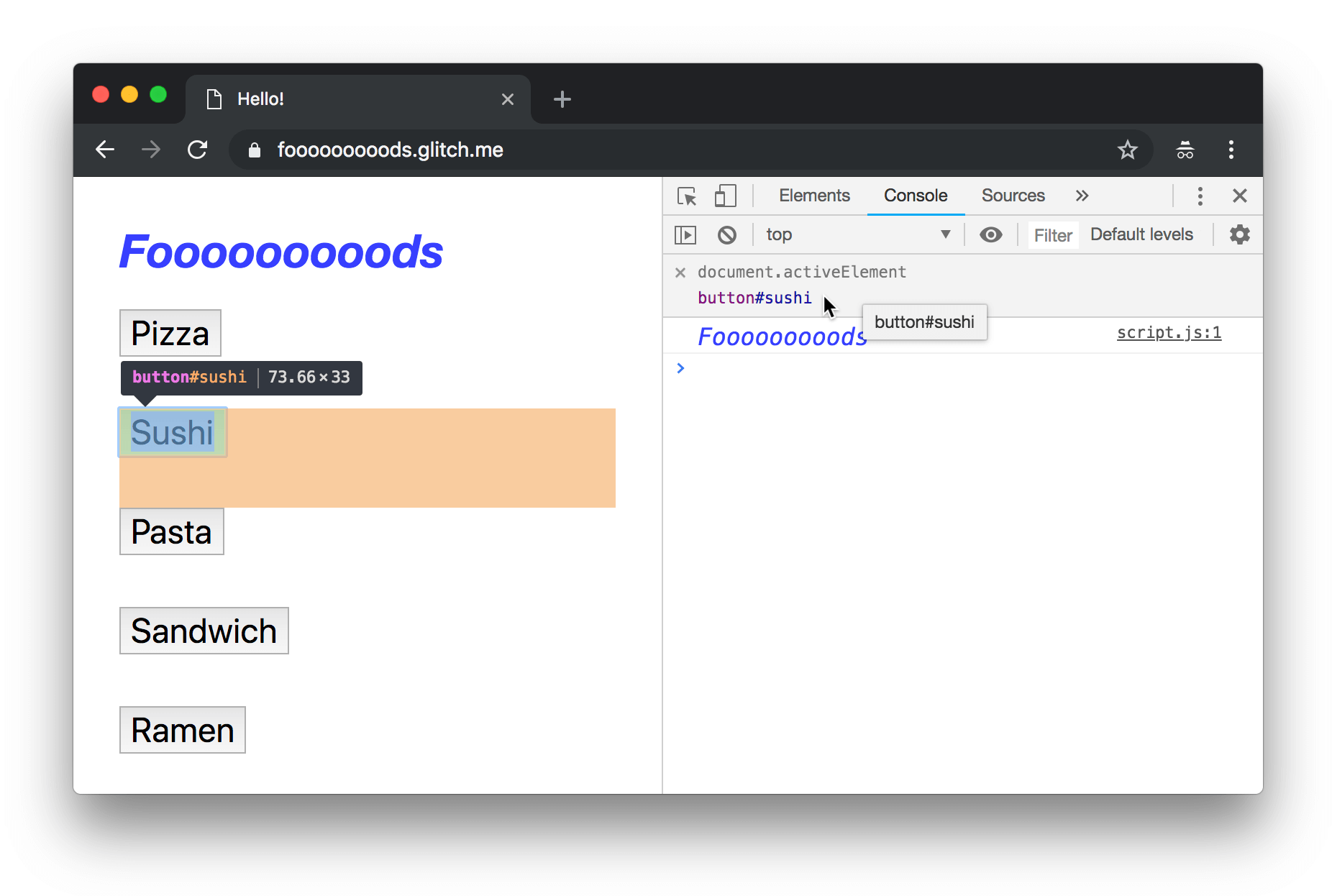 Figure 1. Hovering over a Live Expression result to highlight the node in the viewport

To store a DOM node as a global variable, run an expression in the Console that evaluates to a node, right-click the result, and then select Store as global variable. 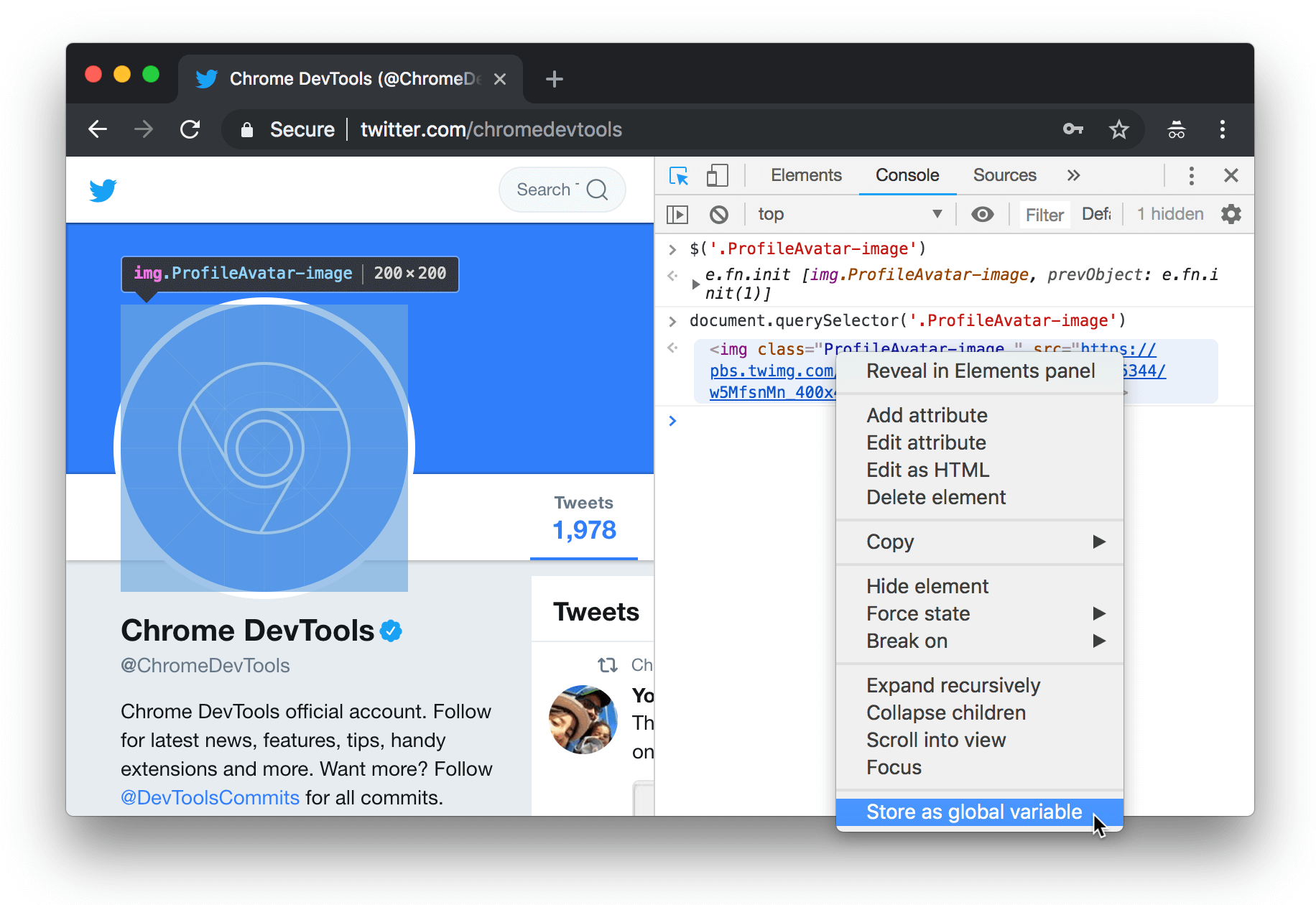 Figure 2. Store as global variable in the Console

Or, right-click the node in the DOM Tree and select Store as global variable. 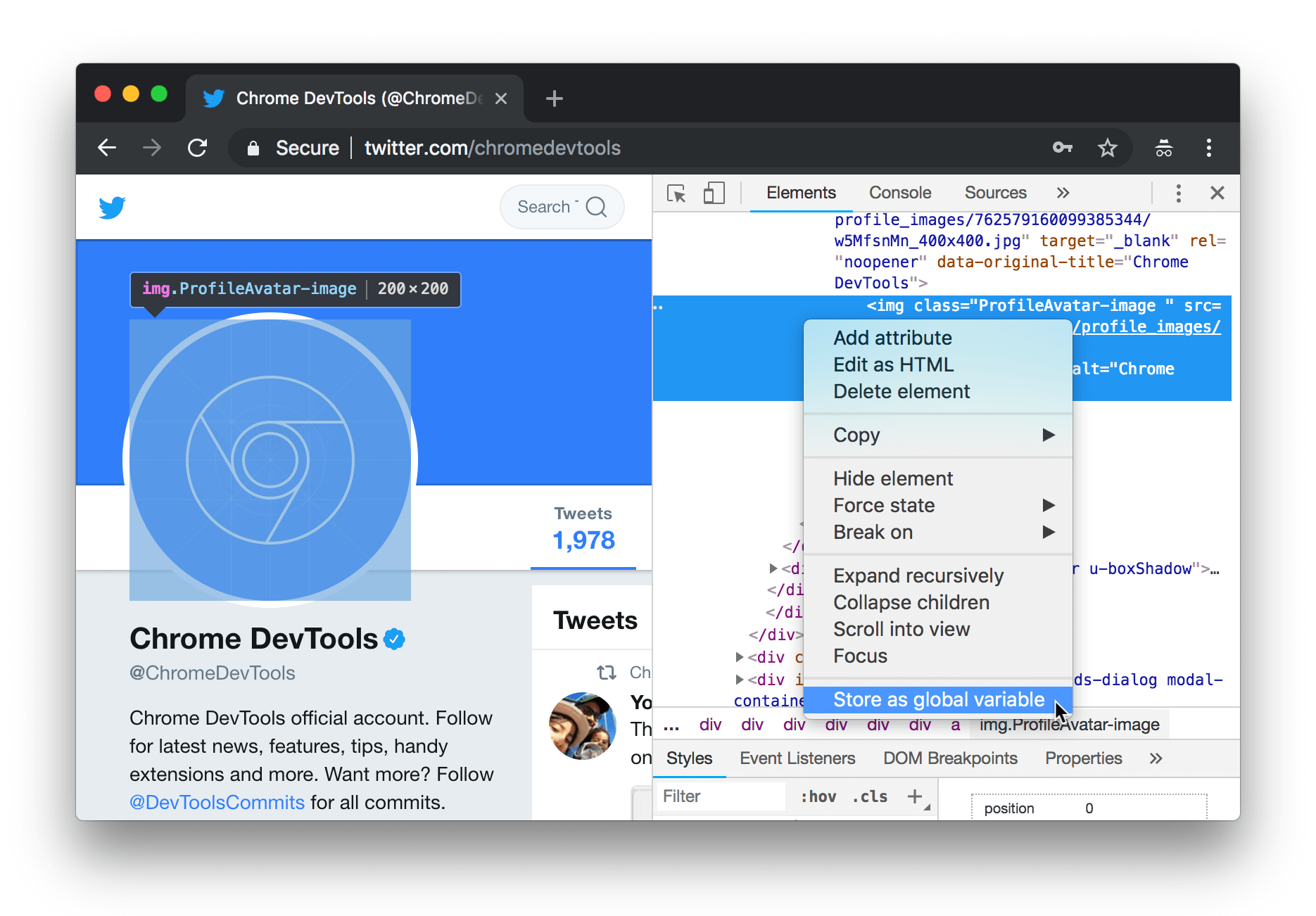 Figure 3. Store as global variable in the DOM Tree

# Initiator and priority information now in HAR imports and exports

If you'd like to diagnose network logs with colleagues, you can export the network requests to a HAR file. 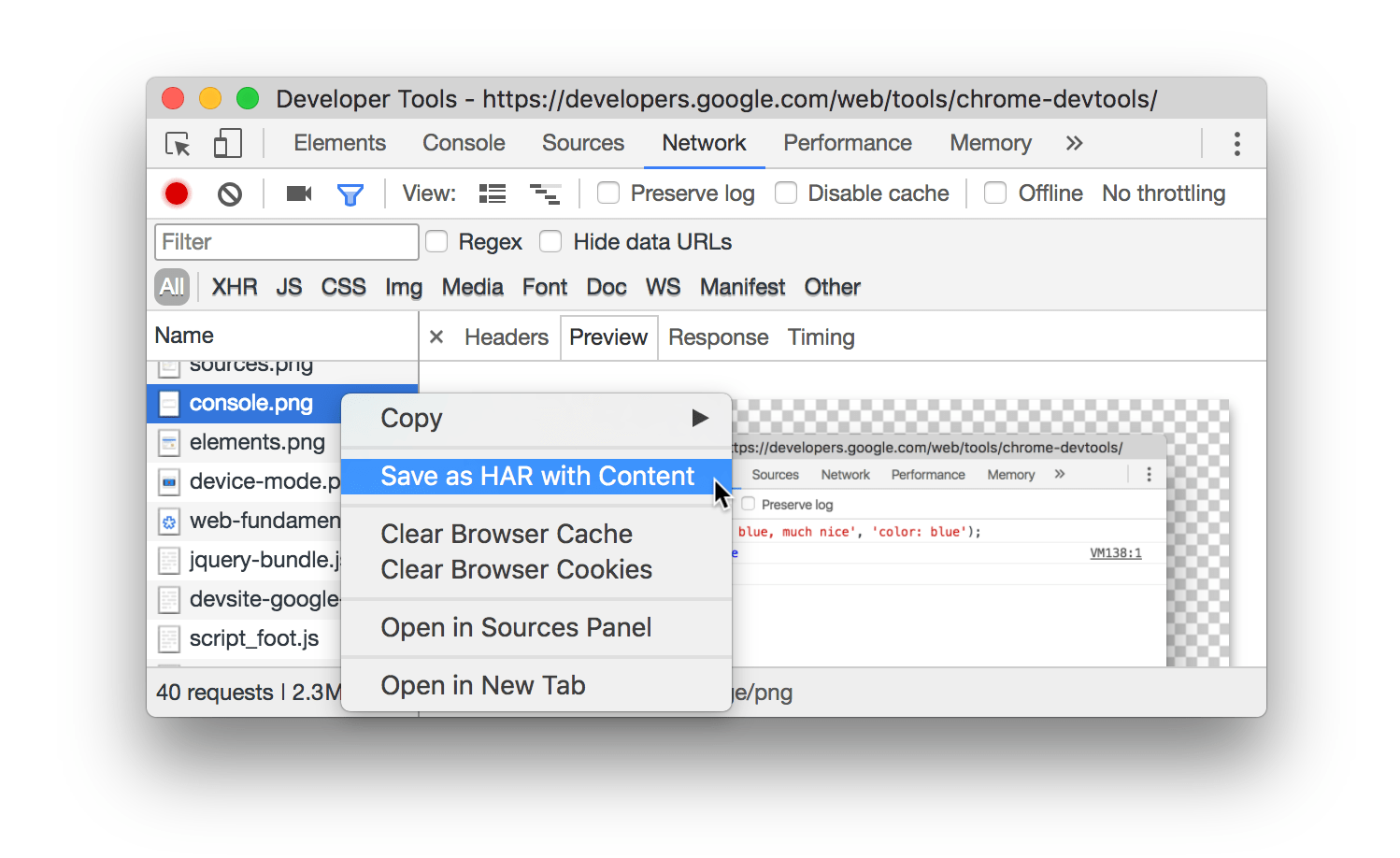 To import the file back into the Network panel, just drag and drop it.

When you export a HAR file, DevTools now includes initiator and priority information in the HAR file. When you import HAR files back into DevTools, the Initiator and Priority columns are now populated.

The _initiator field provides more context around what caused the resource to be requested. This maps to the Initiator column in the Requests table. 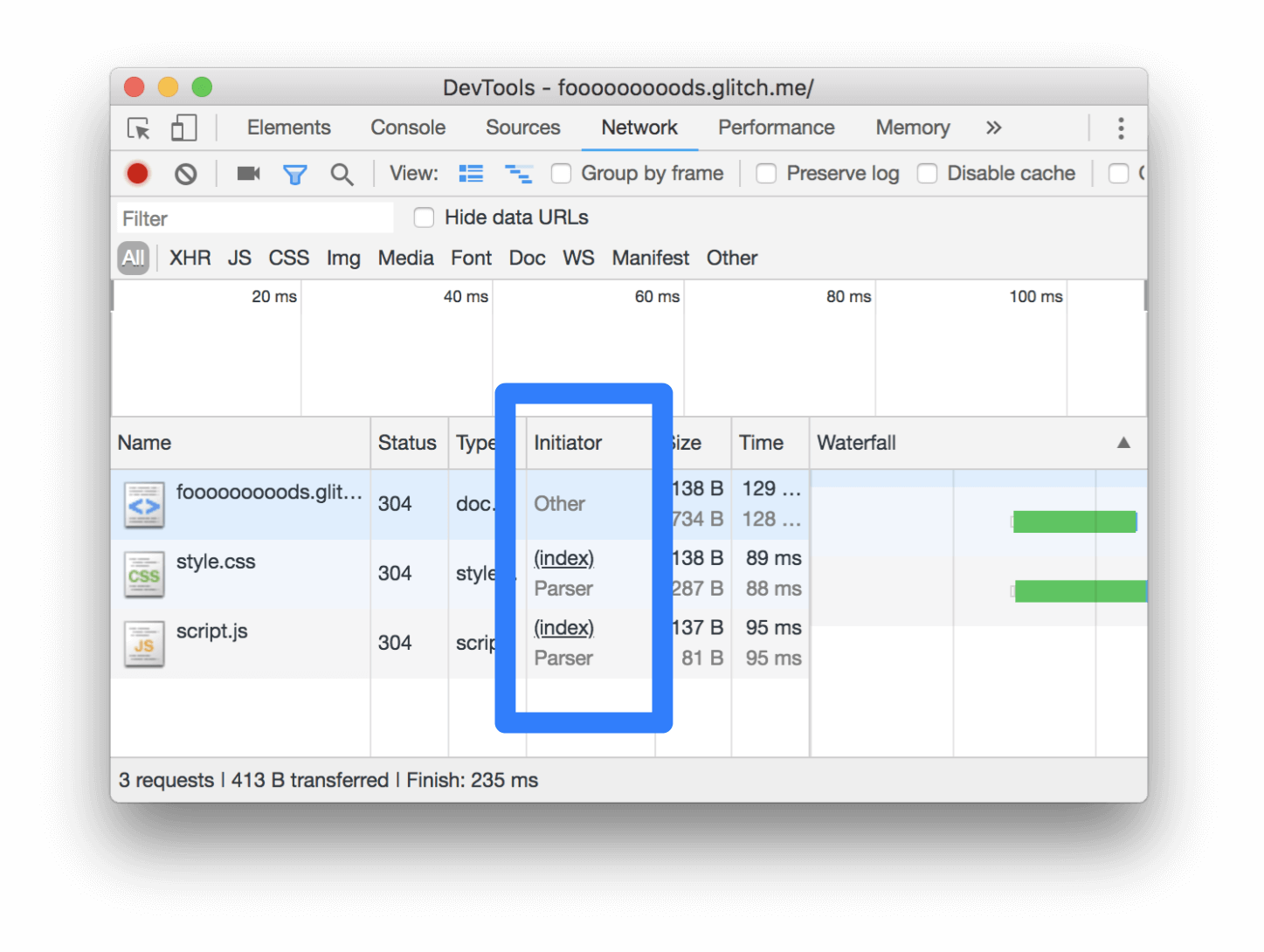 You can also hold Shift and hover over a request to view its initiator and dependencies. 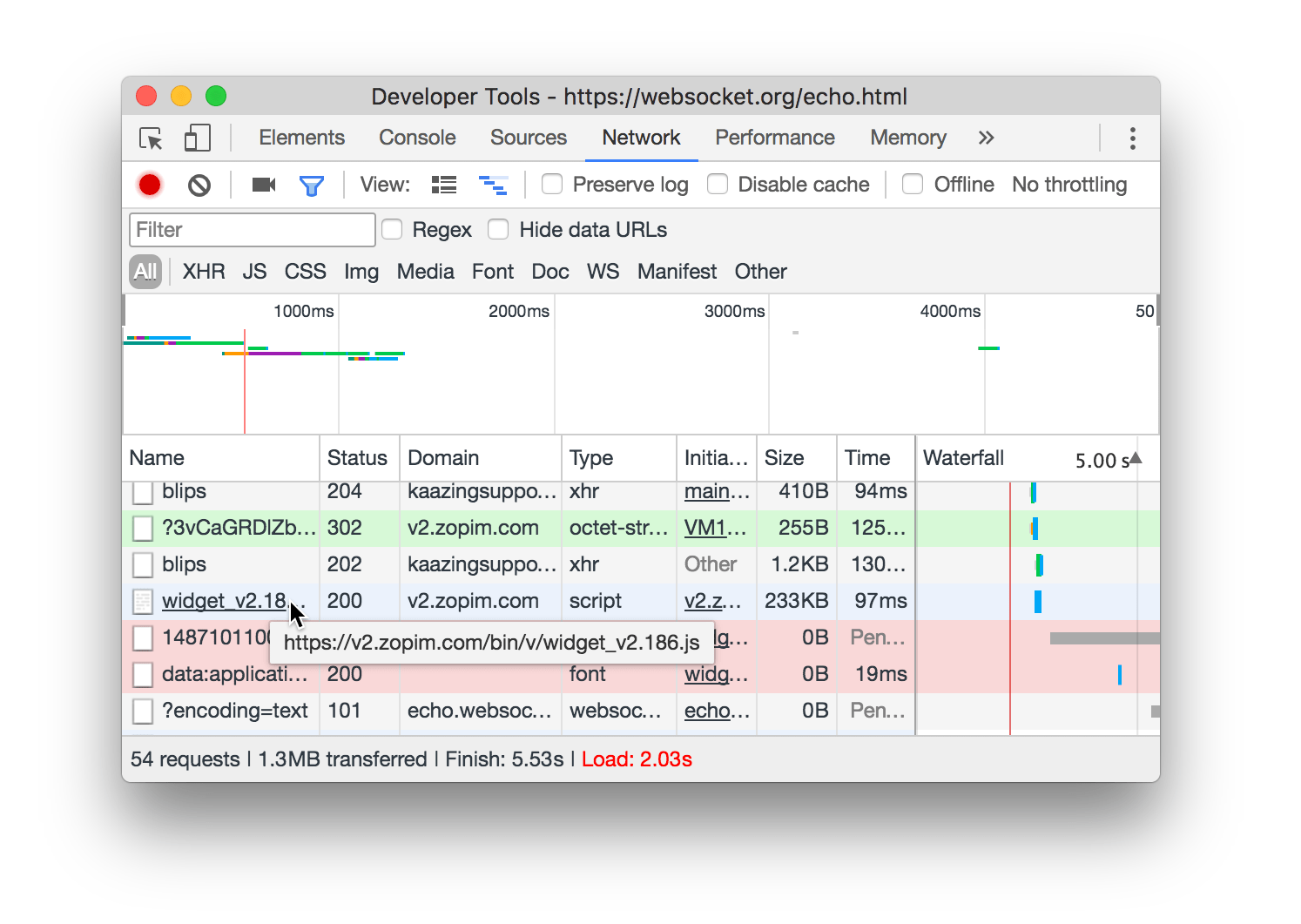 The _priority field states what priority level the browser assigned to the resource. This maps to the Priority column in the Requests table, which is hidden by default. 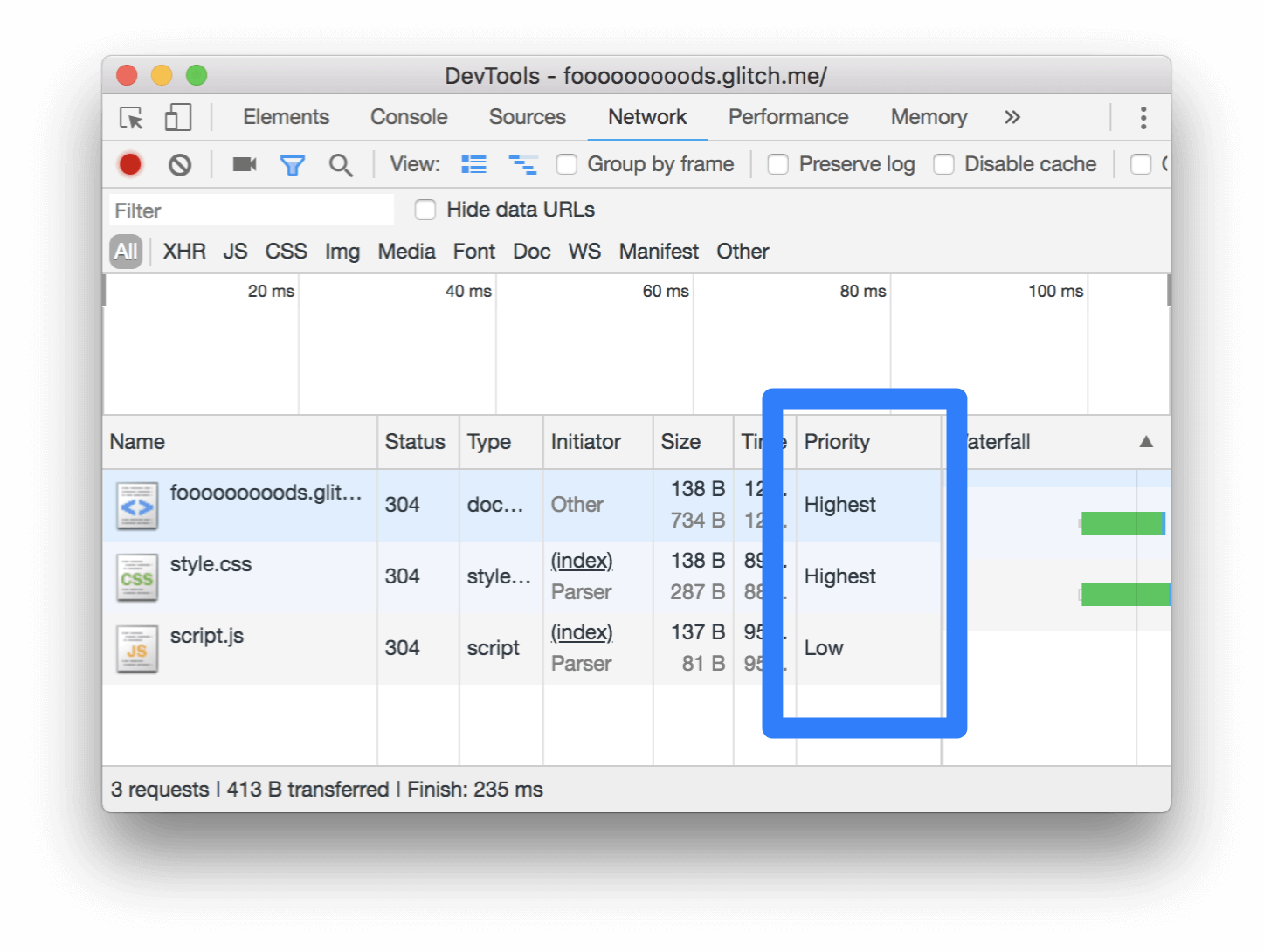 Right-click the header of the Requests table and select Priority to show the Priority column. 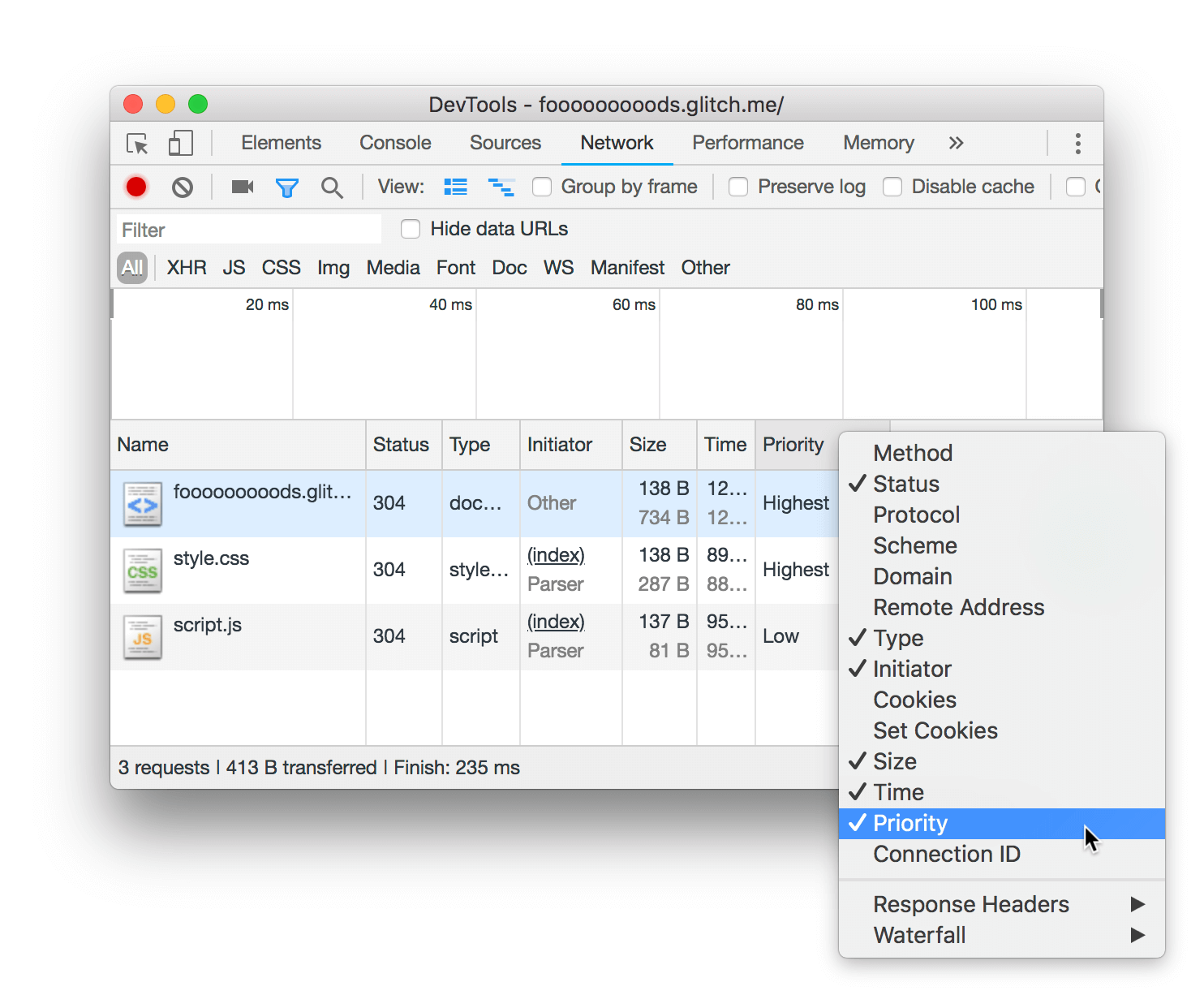 Figure 12. How to show the Priority column

Use the Command Menu for a fast way to access DevTools panels, tabs, and features. 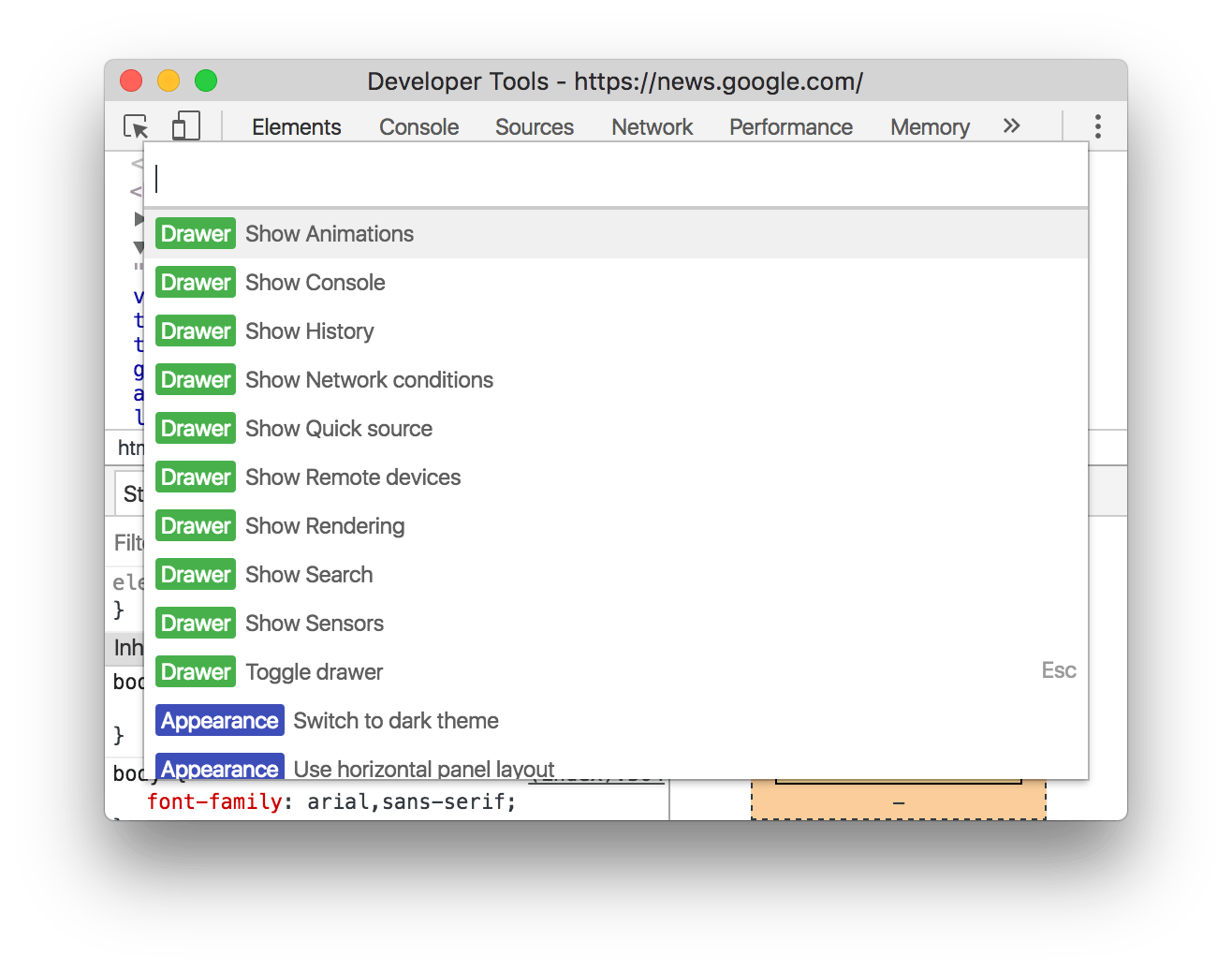 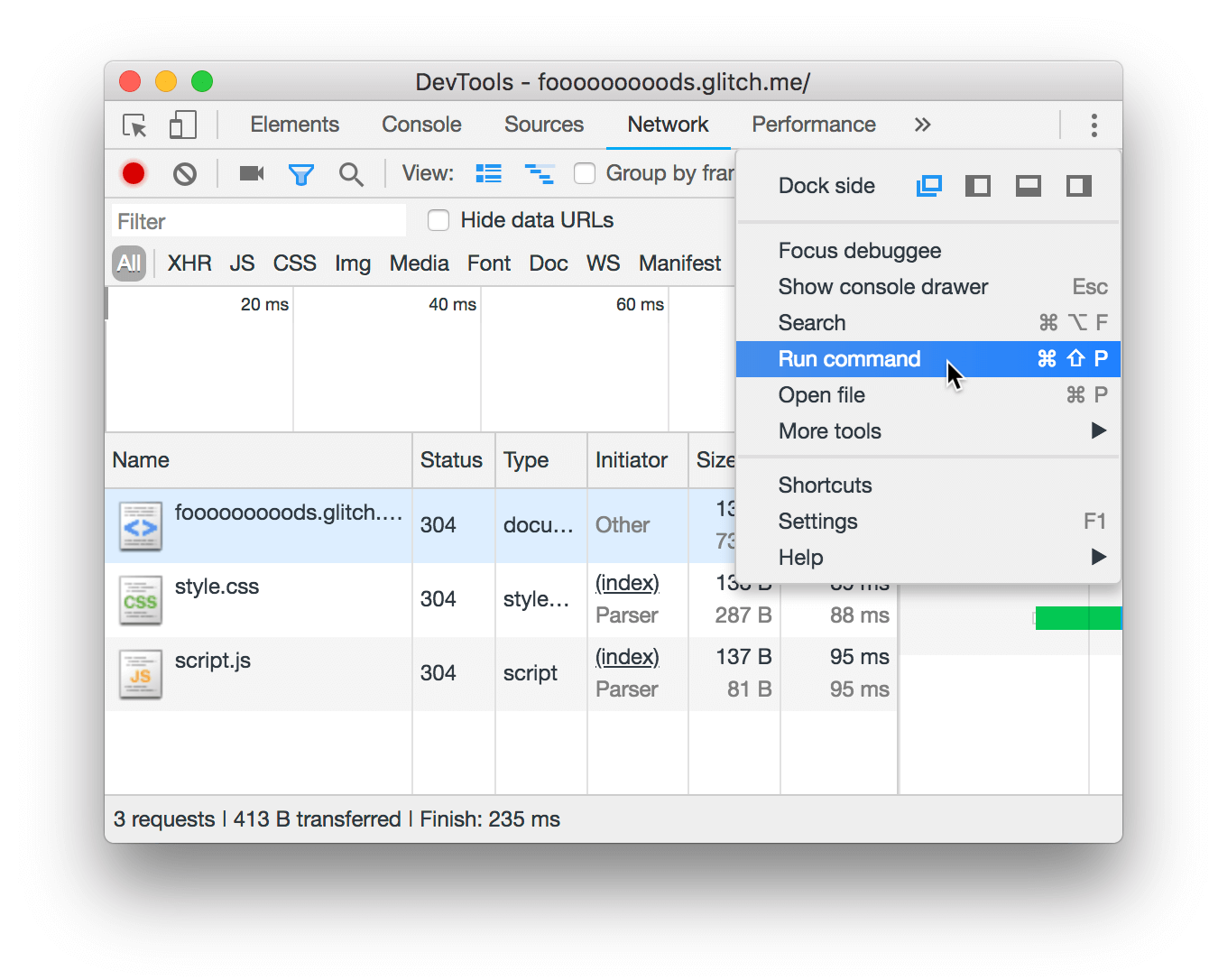 Figure 14. Opening the Command Menu from the Main Menu

Picture-in-Picture is a new experimental API that enables a page to create a floating video window over the desktop.

Enable the enterpictureinpicture, leavepictureinpicture, and resize checkboxes in the Event Listener Breakpoints pane to pause whenever one of these picture-in-picture events fires. DevTools pauses on the first line of the handler. 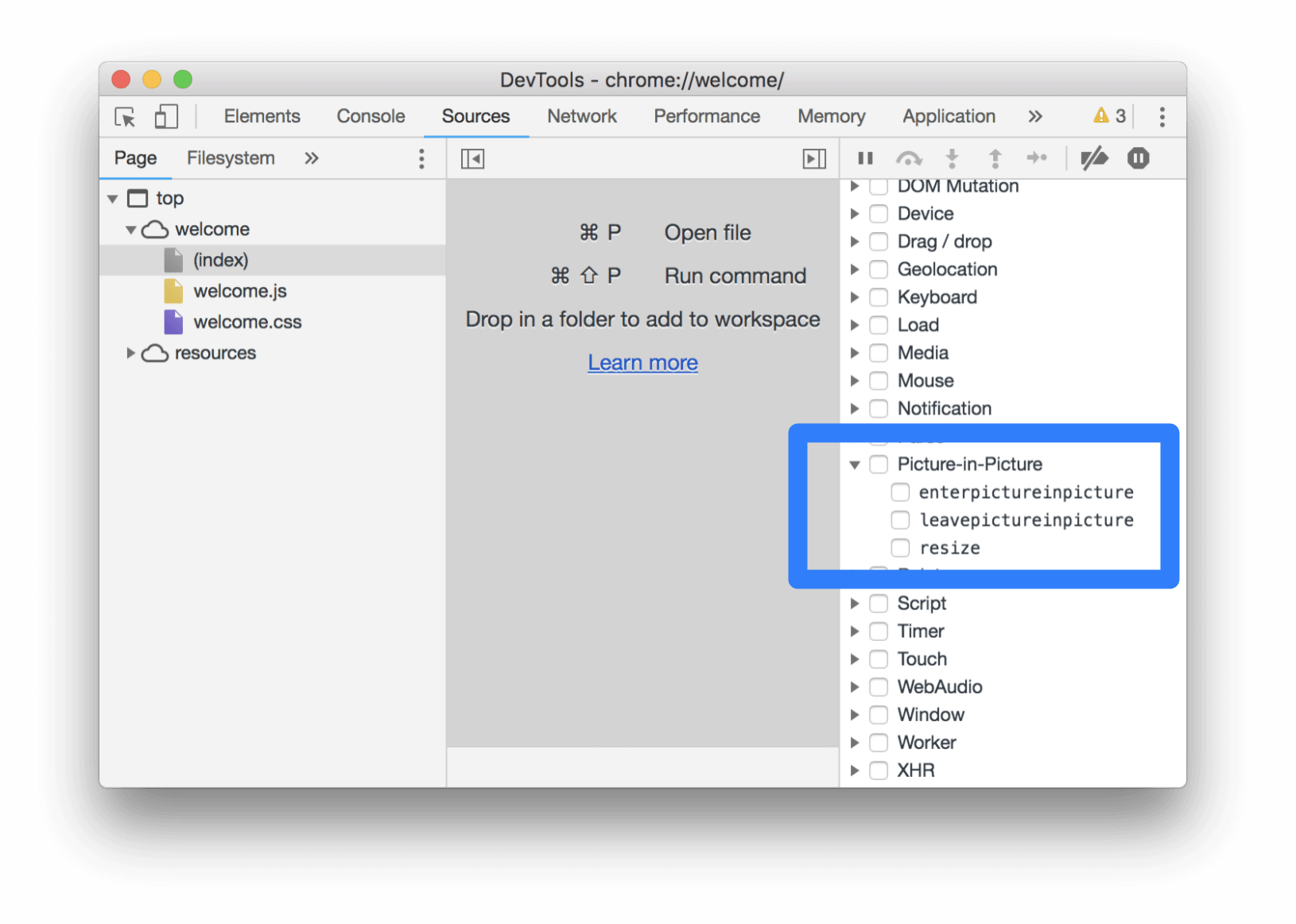 Note: This section covers a lesser-known feature that has been in DevTools for a long time.

Suppose you want to add a red border around a button after focusing it and pressing R, E, D, but you don't know what events to add listeners to. Use monitorEvents() to log all of the element's events to the Console.

Call unmonitorEvents() to stop logging events to the Console.

Pass an array as the second argument to monitorEvents() if you only want to monitor certain events or types of events:

The mouse type tells DevTools to log all mouse-related events, such as mousedown and click. Other supported types are key, touch, and control.

Check out Command Line Reference for other handy functions that you can call from the Console.