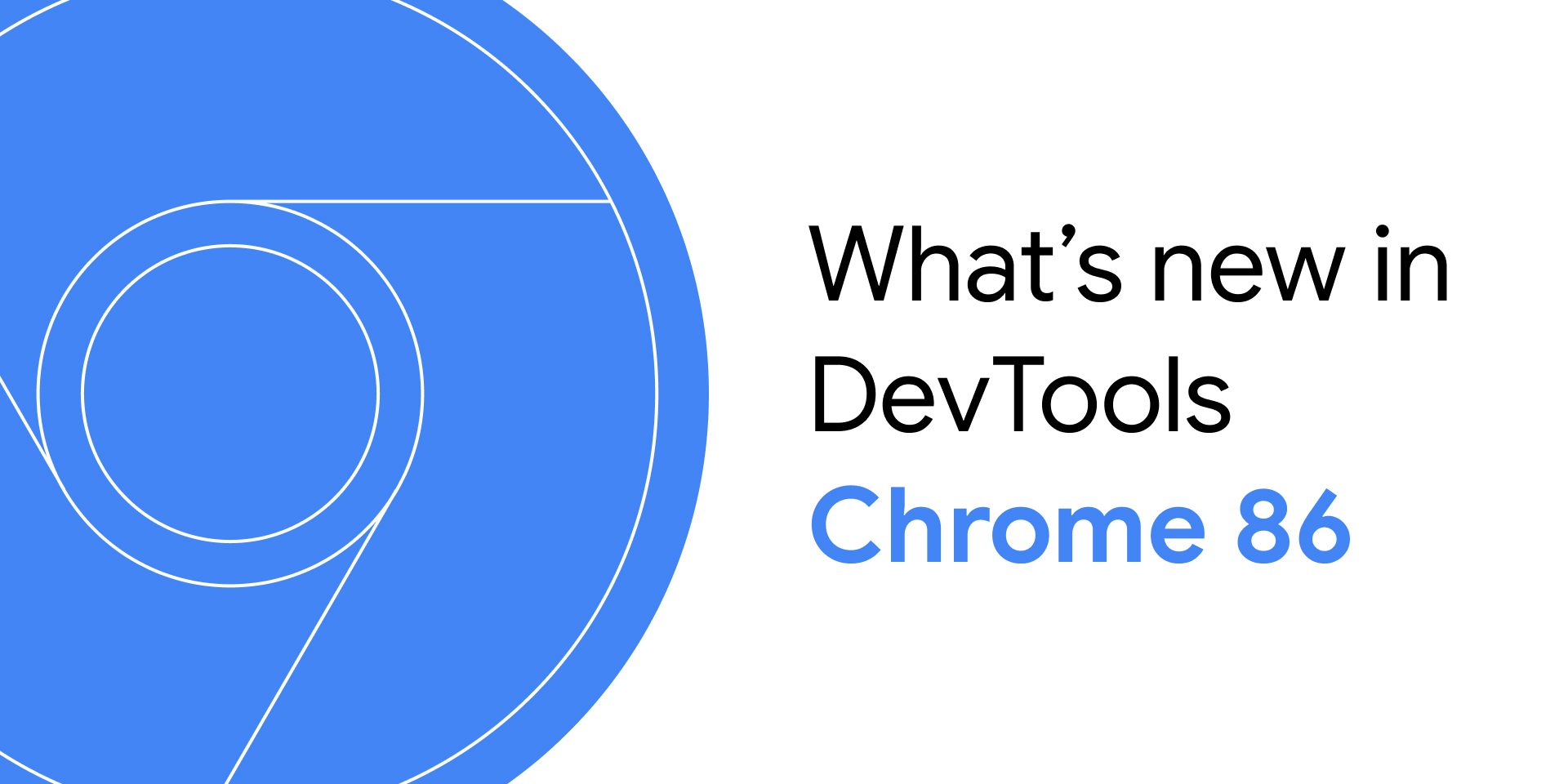 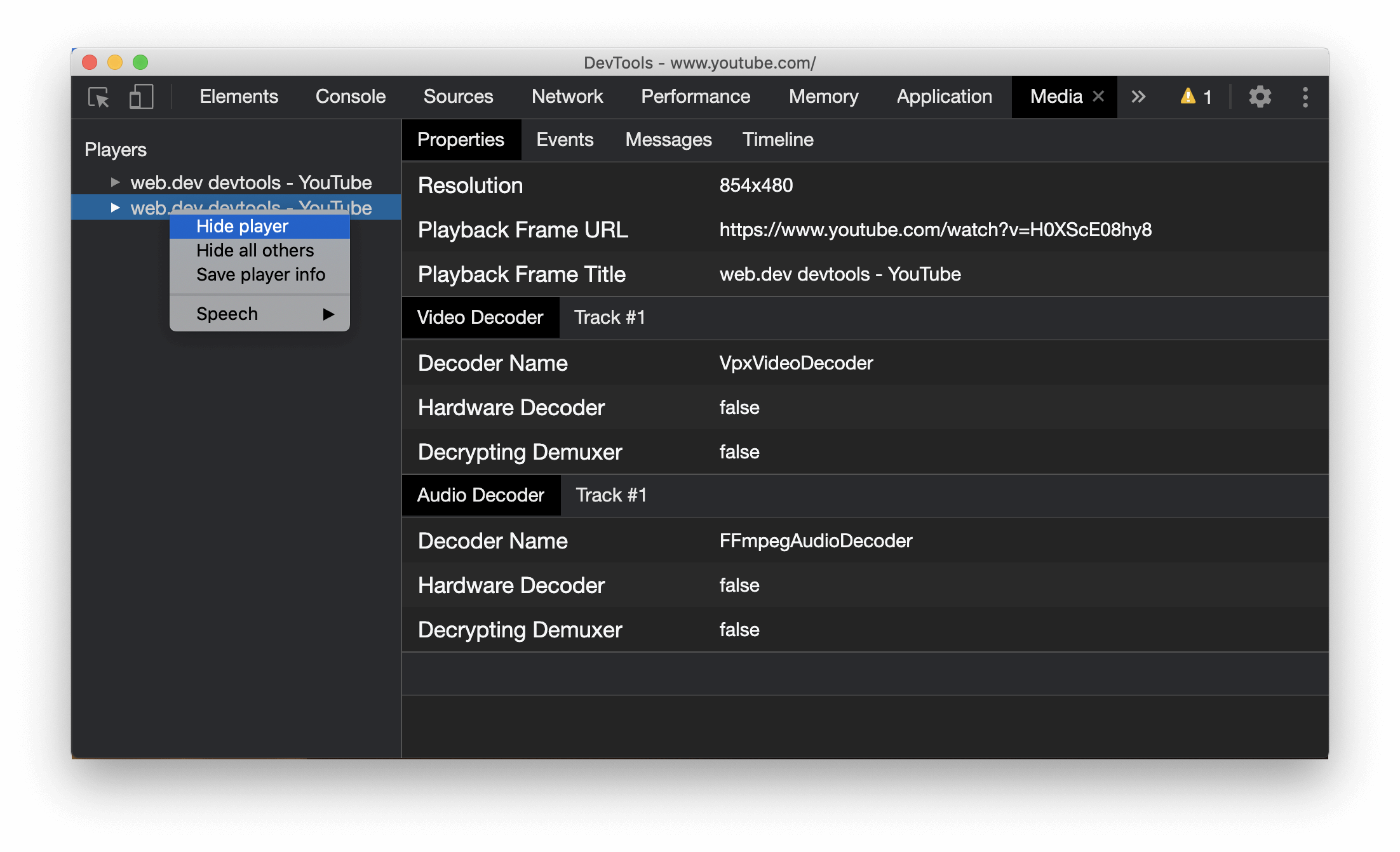 Prior to the new media panel in DevTools, logging and debug information about video players could be found in chrome://media-internals.

The new Media panel provides an easier way to view events, logs, properties, and a timeline of frame decodes in the same browser tab as the video player itself. You can live view and inspect on potential issues quicker (e.g. why dropped frames are occurring, why JavaScript is interacting with the player in an unexpected way).

You can now capture node screenshots via the context menu in the Elements panel.

For example, you can take a screenshot of the table of content by right clicking the element and select Capture node screenshot.

The Issues warning bar on the Console panel is now replaced with a regular message. 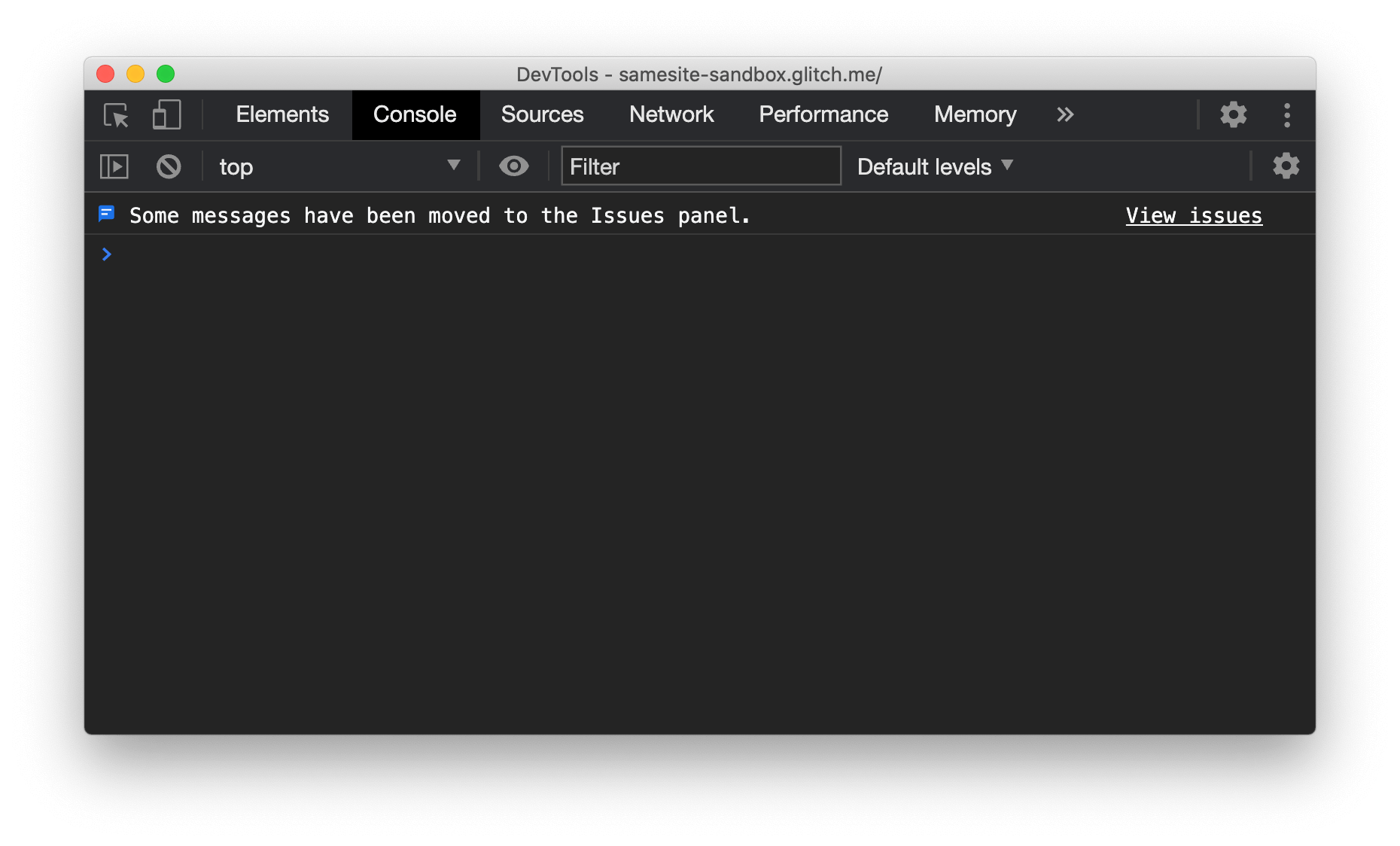 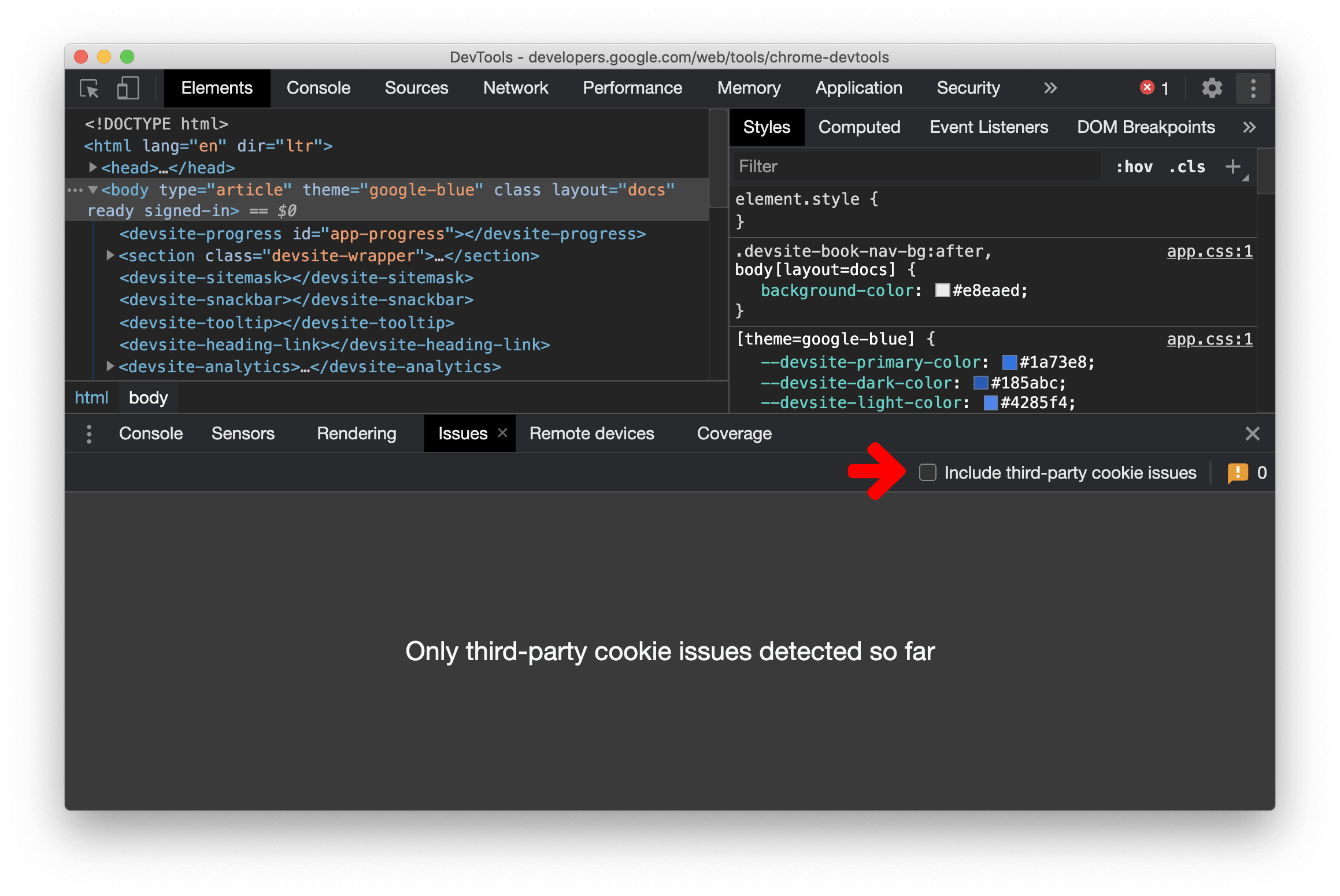 Open the Rendering tab and use the new Disable local fonts feature to emulate missing local() sources in @font-face rules.

For example, when the font "Rubik" is installed on your device and the @font-face src rule uses it as a local() font, Chrome uses the local font file from your device.

When Disable local fonts is enabled, DevTools ignores the local() fonts and fetches them from the network. 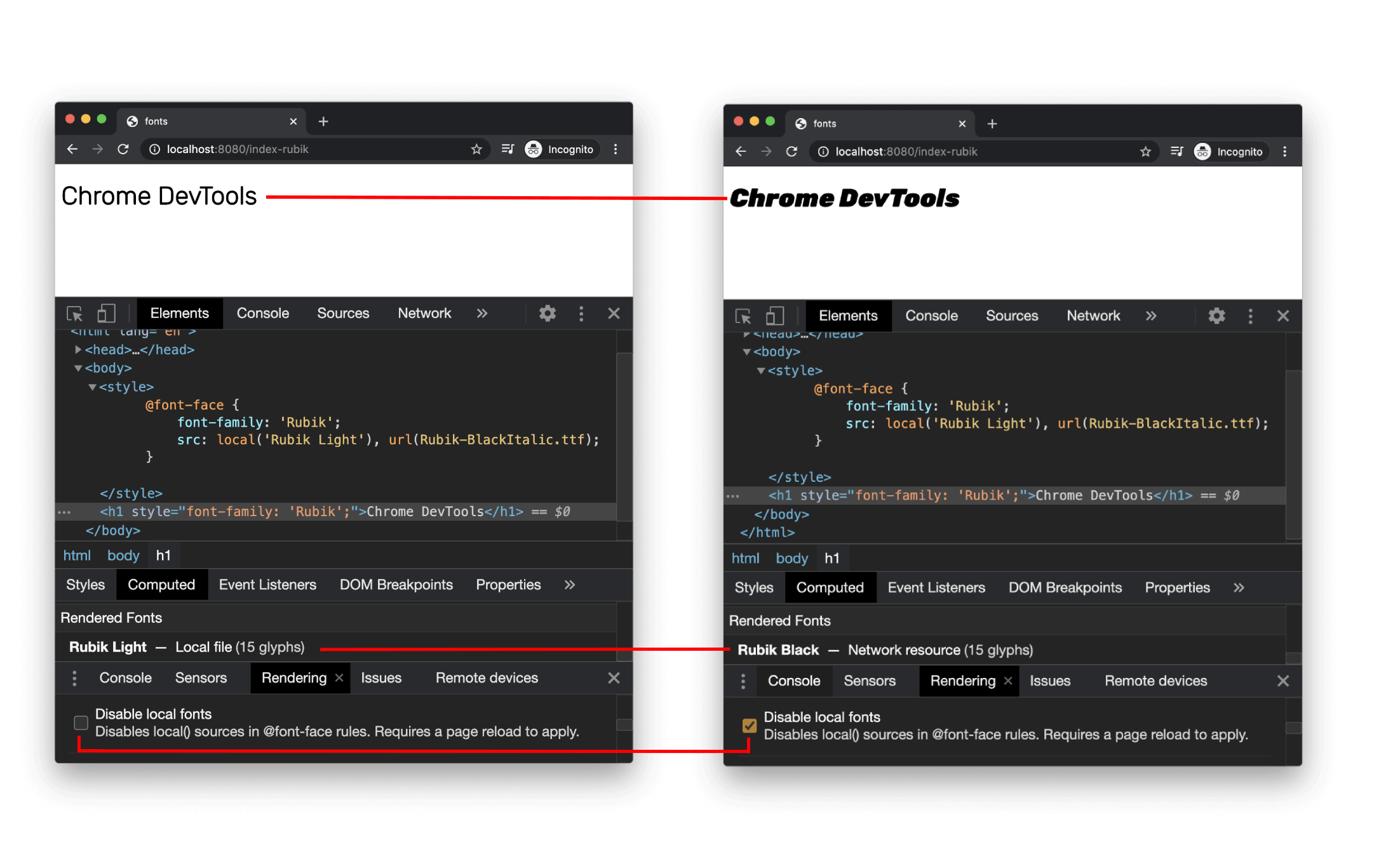 Oftentimes, developers and designers use two different copies of the same font during development:

Disabling local fonts makes it easier for you to: 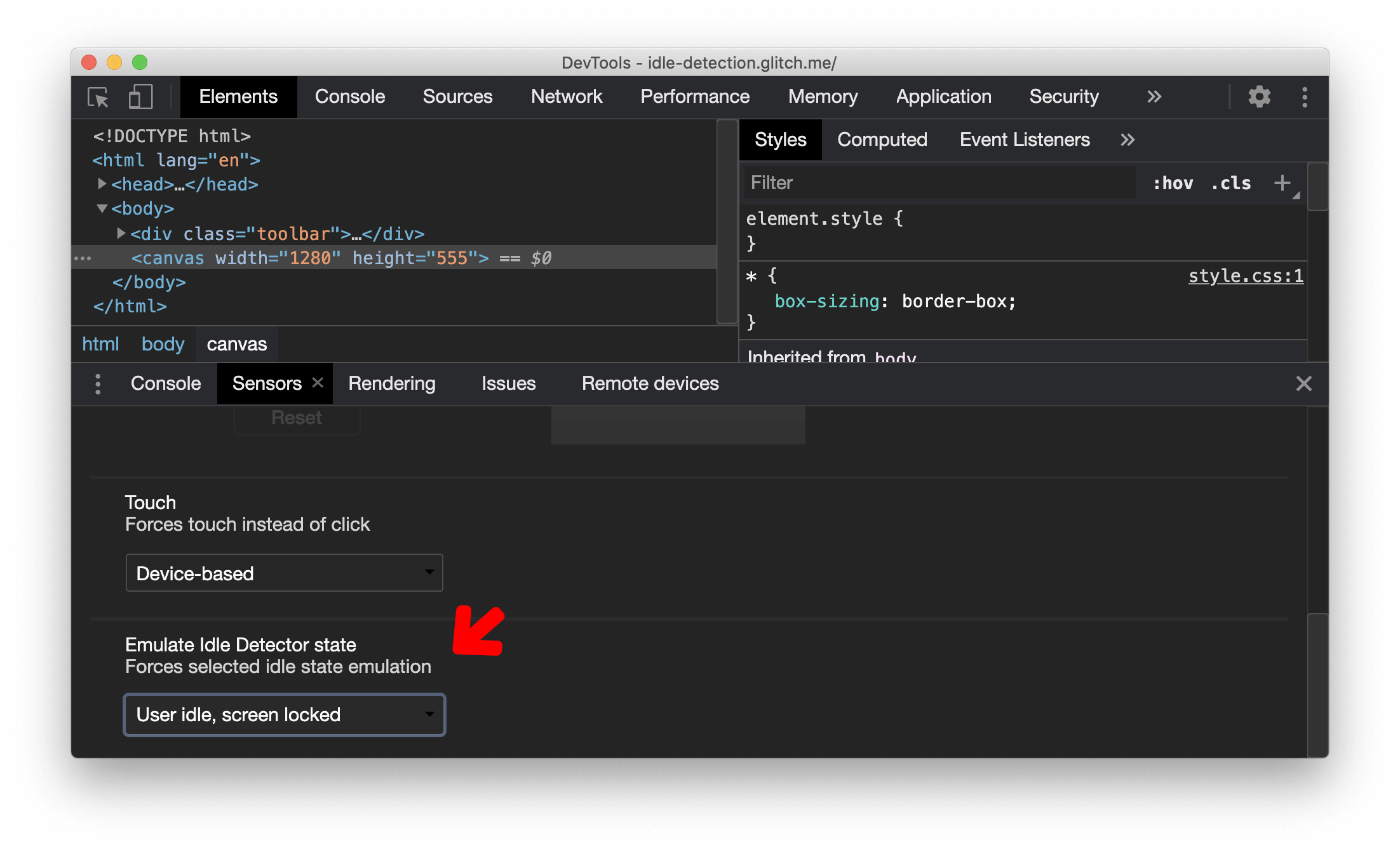 In Chrome 86, this feature is available behind the chrome://flags/#enable-experimental-web-platform-features flag. You can see this emulation option only if the flag is enabled.

The prefers-reduced-data media query detects if the user prefers being served alternate content that uses less data for the page to be rendered.

You can now use DevTools to emulate the prefers-reduced-data media query. 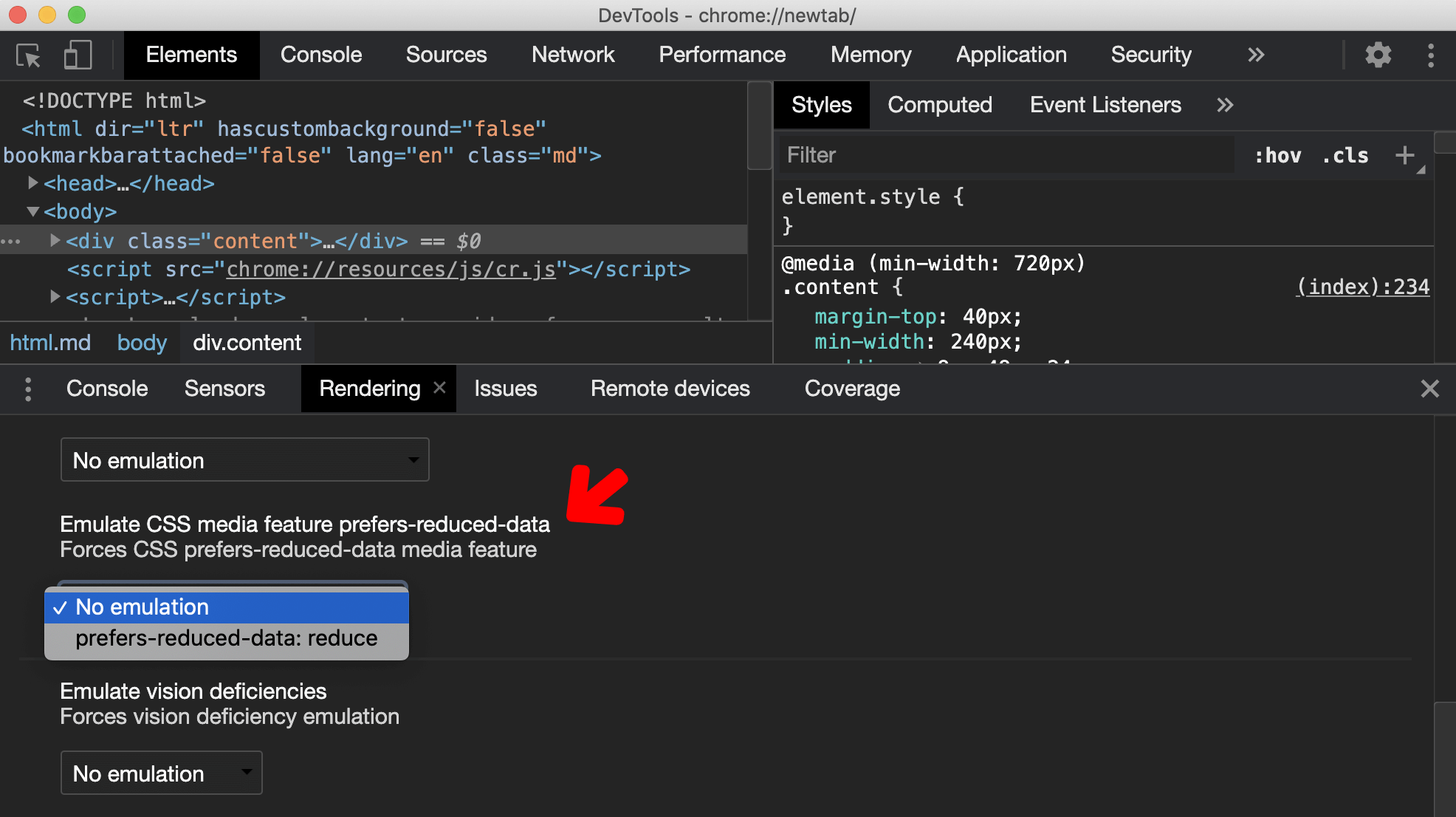 DevTools now has better support for some of the latest JavaScript language features:

The Lighthouse panel is now running Lighthouse 6.2. Check out the release notes for a full list of changes. 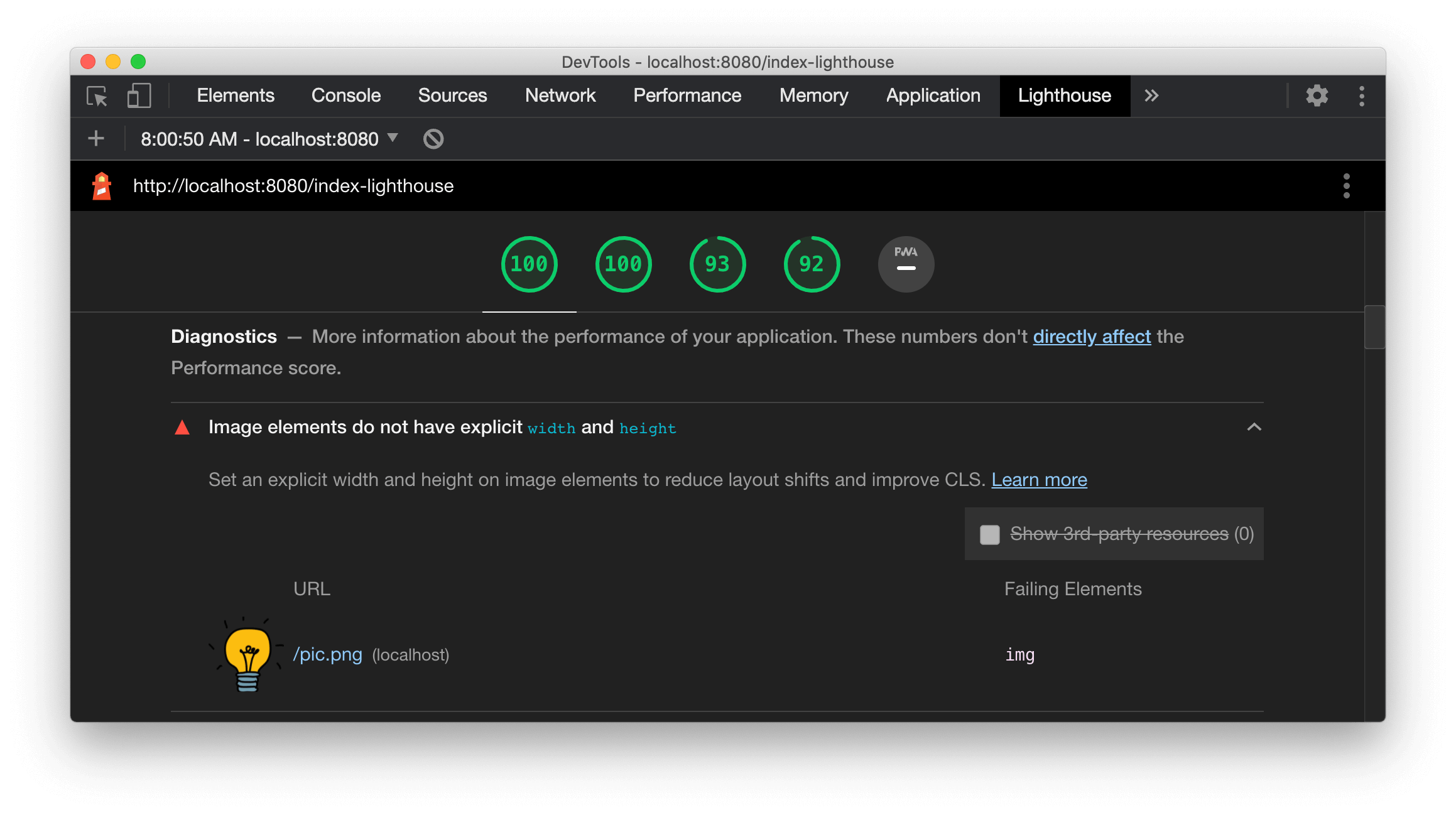 # Deprecation of "other origins" listing in the Service Workers pane

DevTools now provides a link to view the full list of service workers from other origins in a new browser tab - chrome://serviceworker-internals/?devtools. 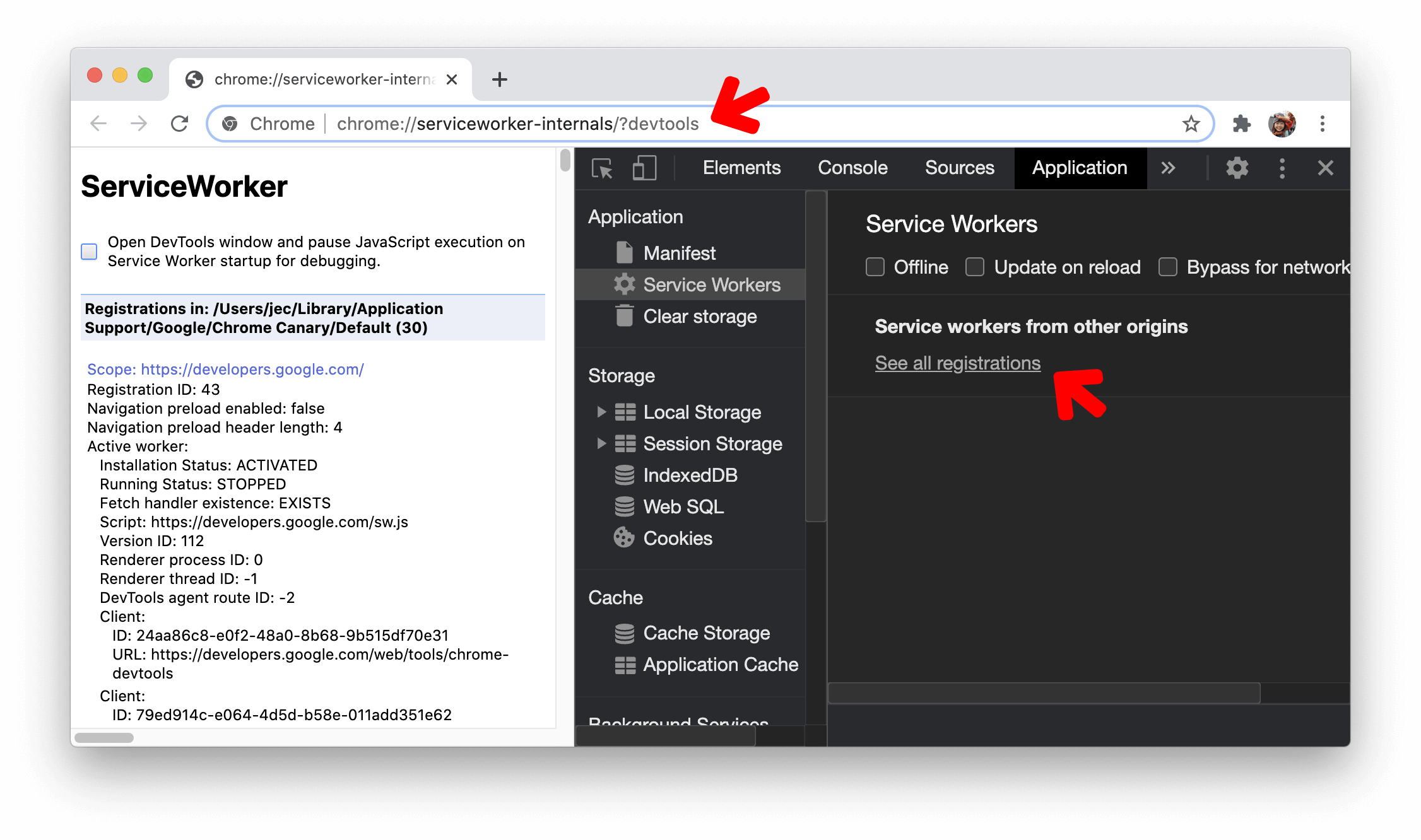 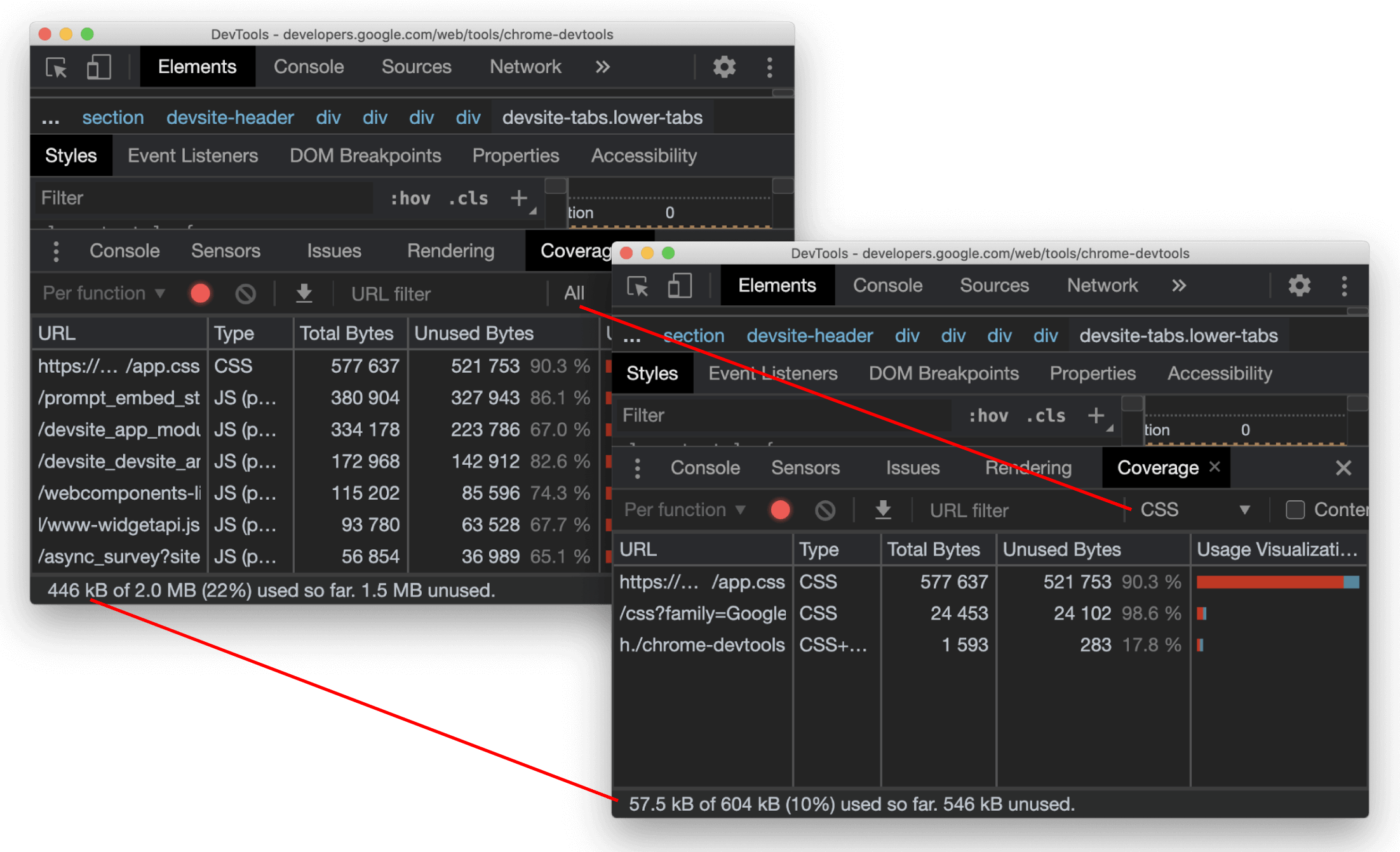 DevTools now show a detailed view for each frame. Access it by clicking a frame under the Frames menu in the Application panel. 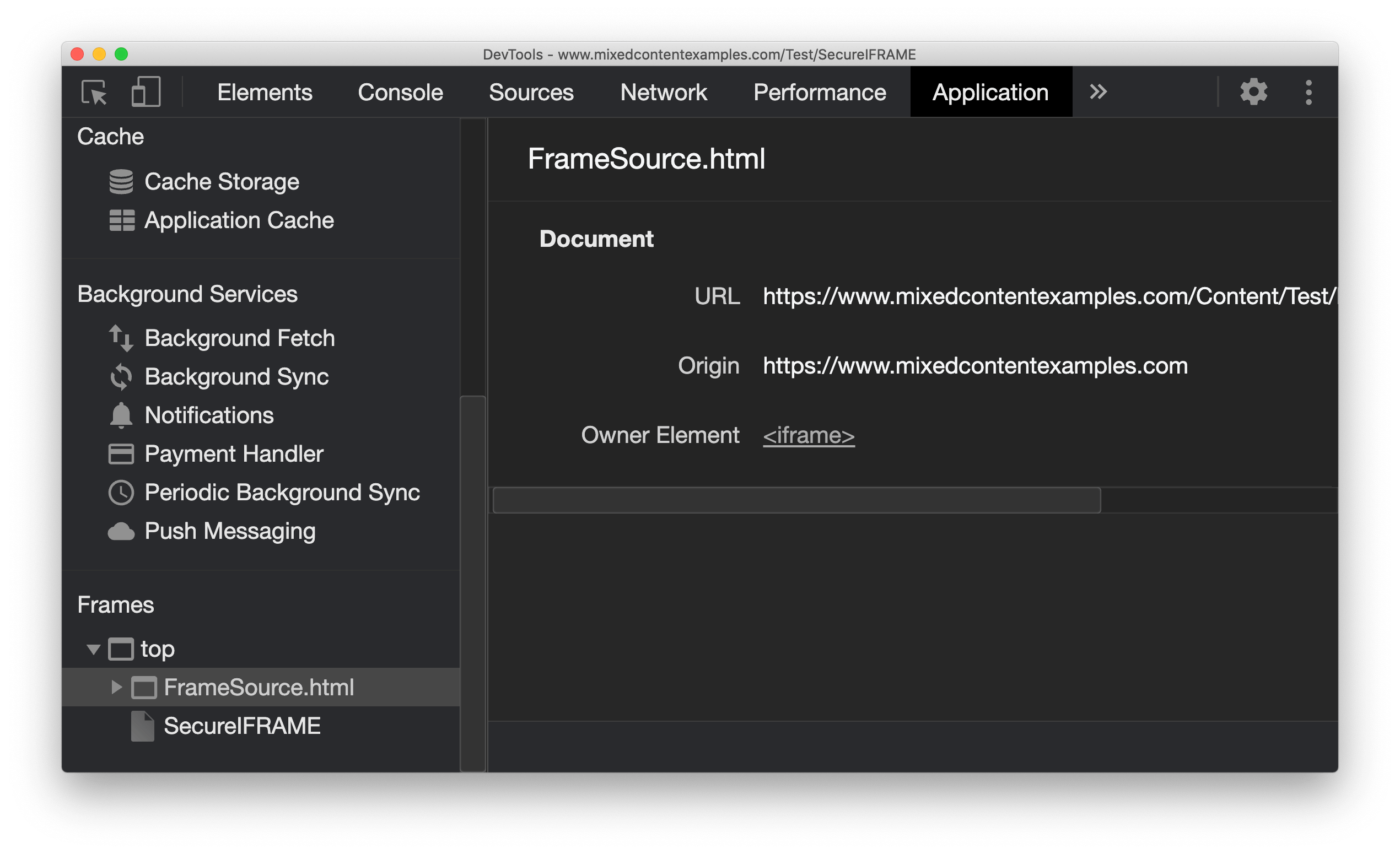 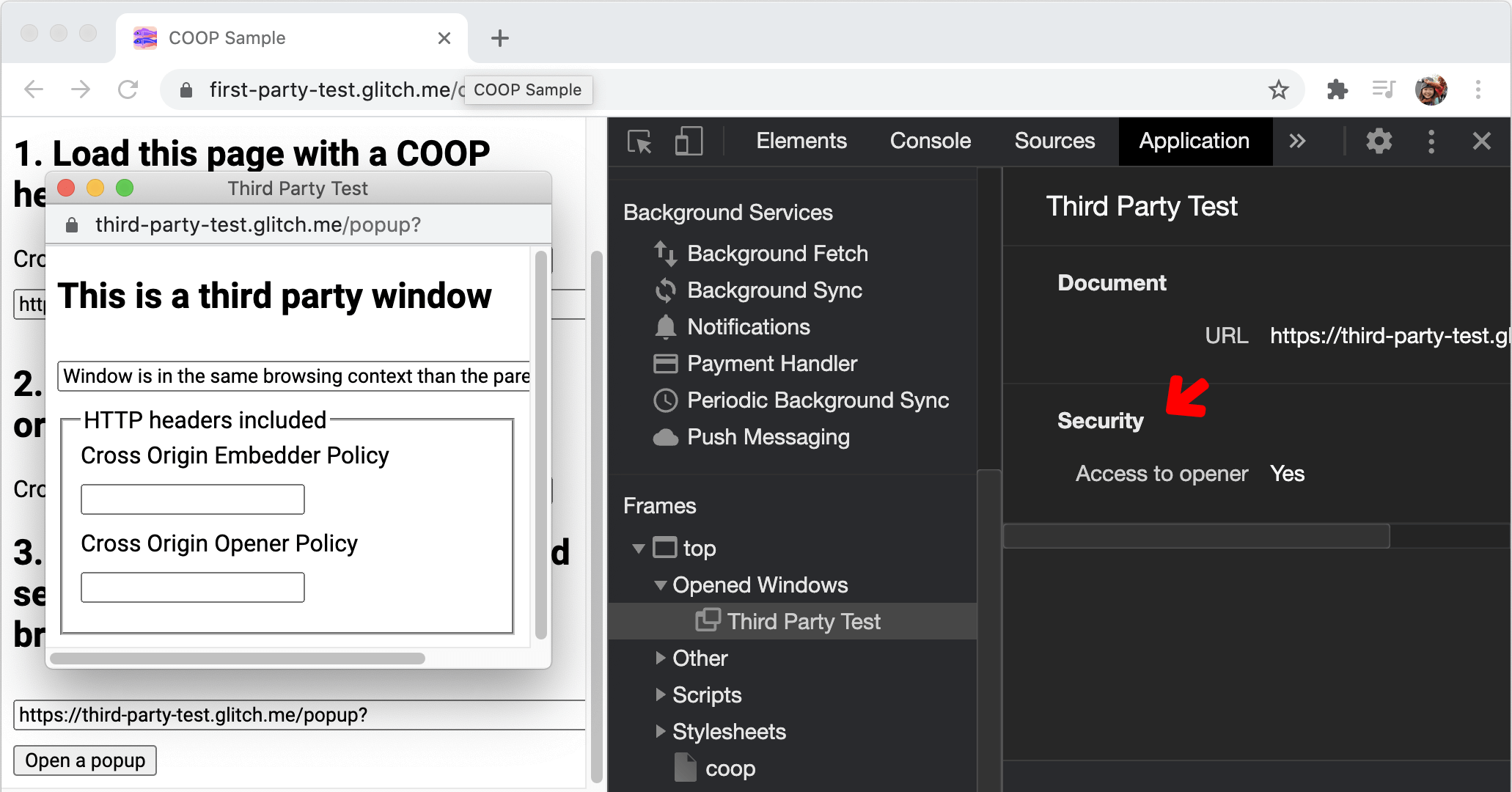 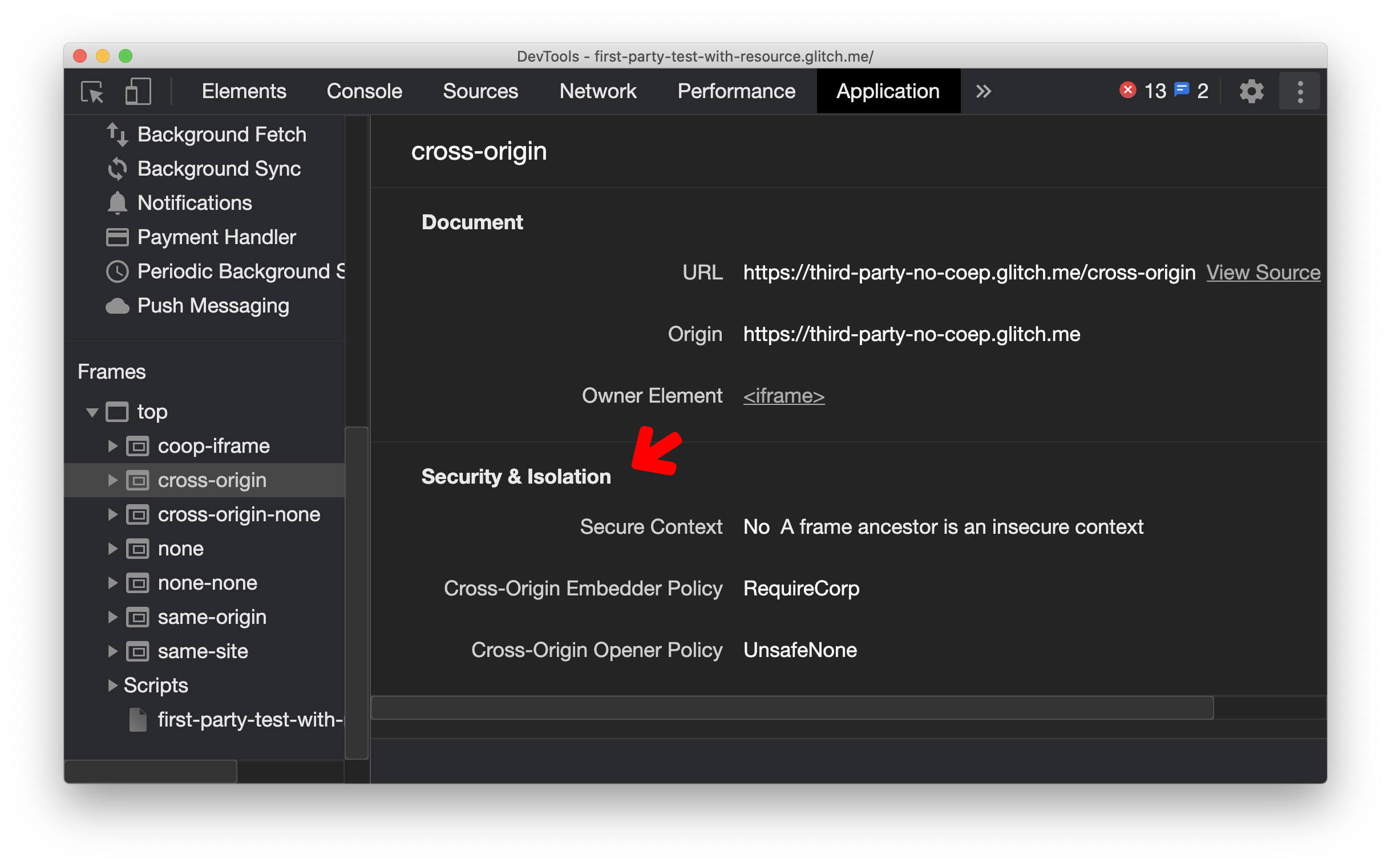 More security information will be added to the frame details view soon.

In the example below, h1 has low contrast text. To fix it, open the color picker of the color property in the Styles pane. After you expand the Contrast ratio section, DevTools provides AA and AAA color suggestions. Click on the suggested color to apply the color.

The Properties pane is back, it was deprecated in Chrome 84. In a future version of DevTools, we are going to improve the workflow for inspecting properties of elements. 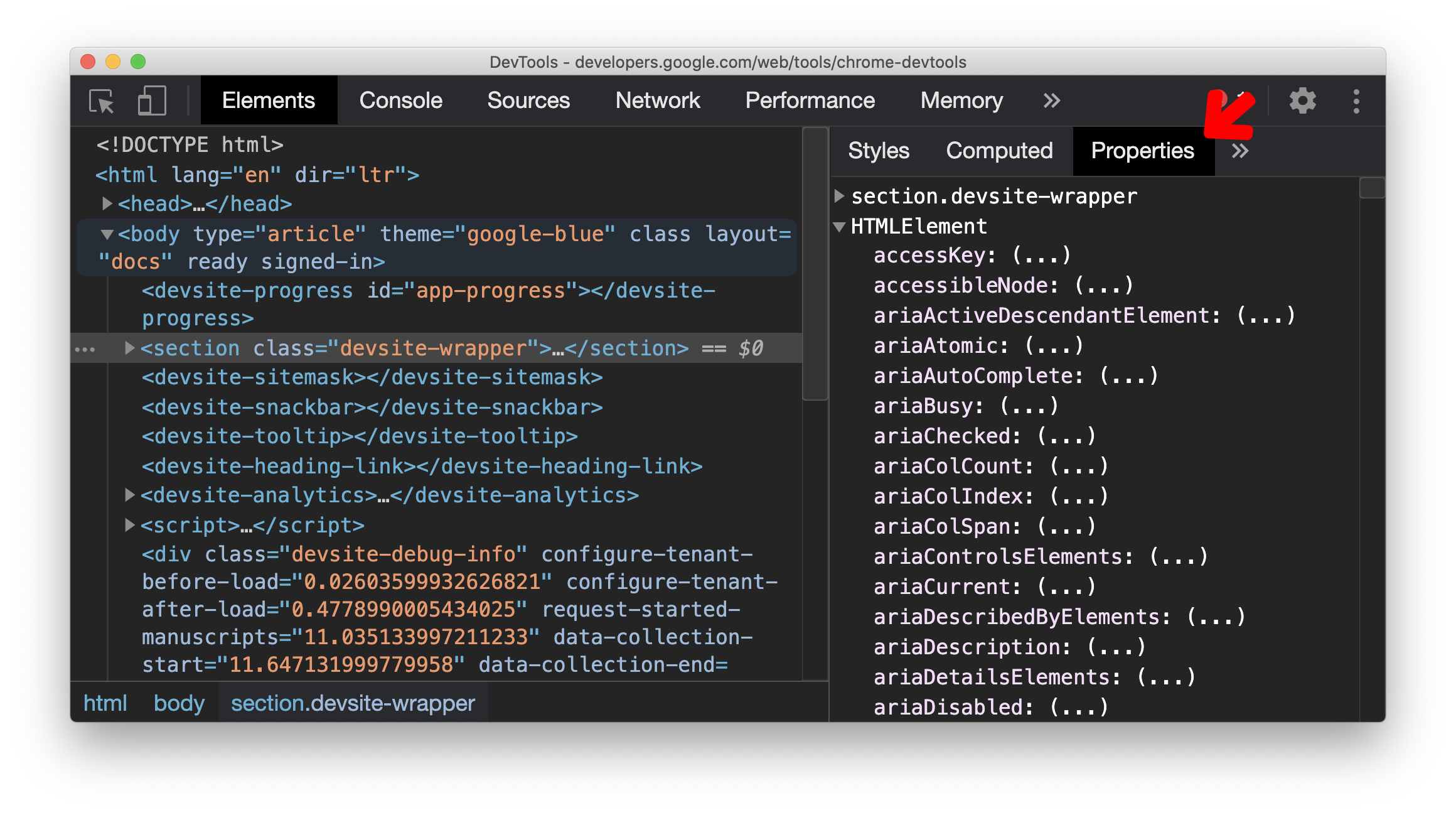 When inspecting a network resource in the Network panel, DevTools now formats any X-Client-Data header values in Headers pane as code.

The X-Client-Data HTTP header contains a list of experiment IDs and Chrome flags that are enabled in your browser. The raw header values look like opaque strings since they are base-64-encoded, serialized protocol buffers. To make the contents more transparent to developers, DevTools is now showing the decoded values. 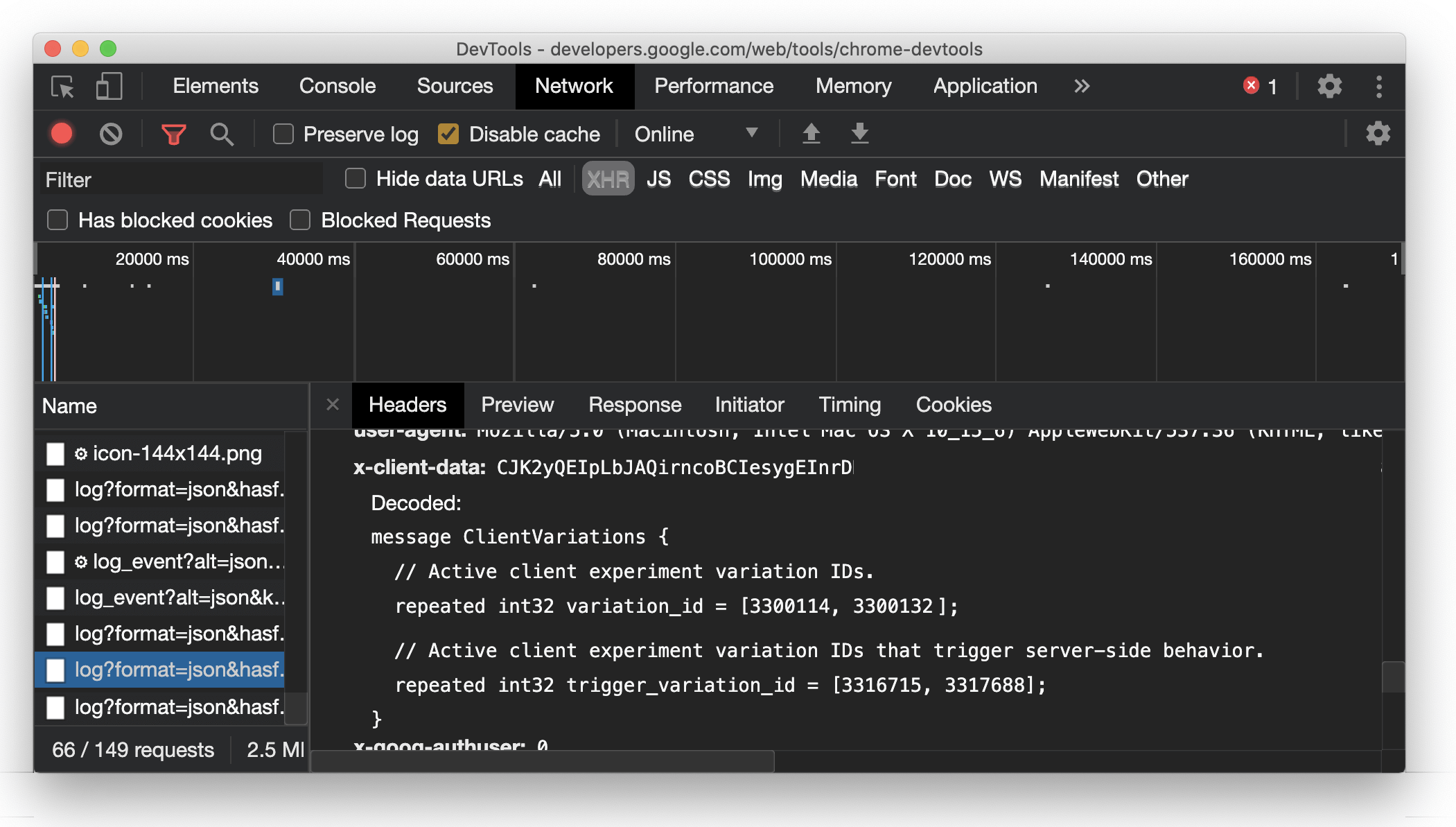 Imported font faces are now added to the list of CSS auto-completion when editing the font-family property in the Styles pane.

In this example, 'Noto Sans' is a custom font installed in the local machine. It is displayed in the CSS completion list. Previously, it was not. 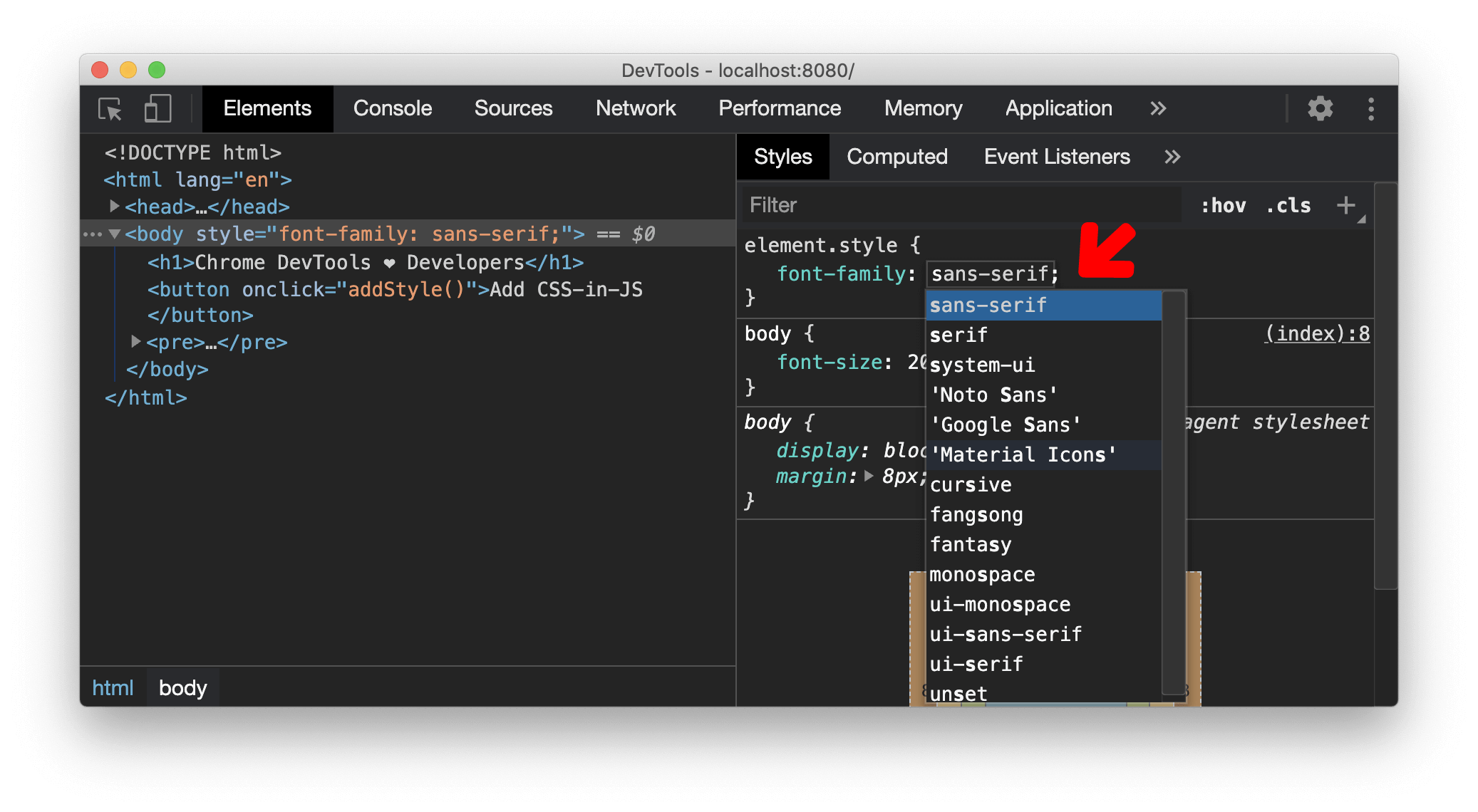 Previously DevTools changed the type to Other sometimes. 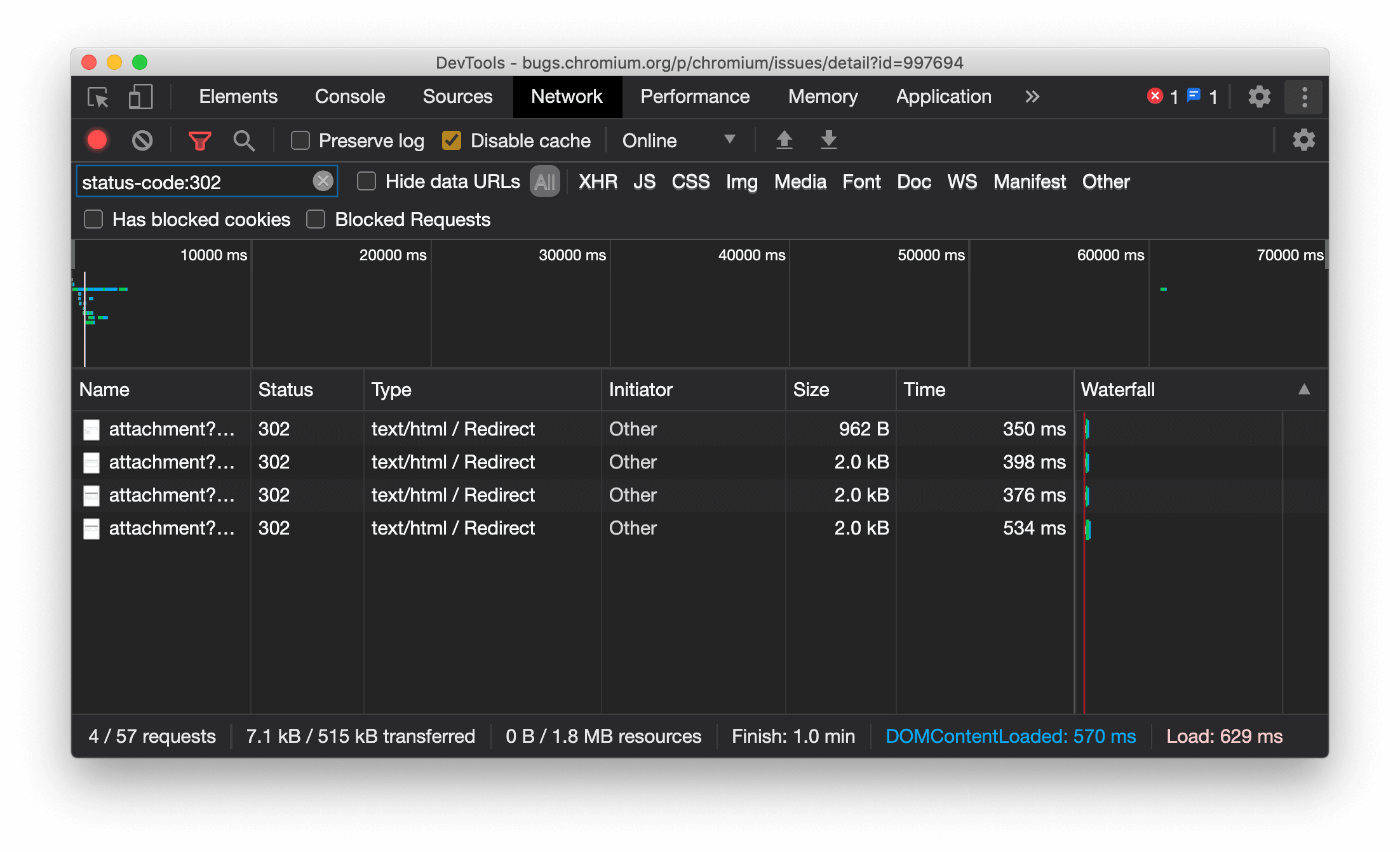 # Clear buttons in the Elements and Network panels

The filter text boxes in the Styles pane and Network panel, as well as the DOM search text box in the Elements panel, now have Clear buttons. Clicking Clear removes any text that you have input. 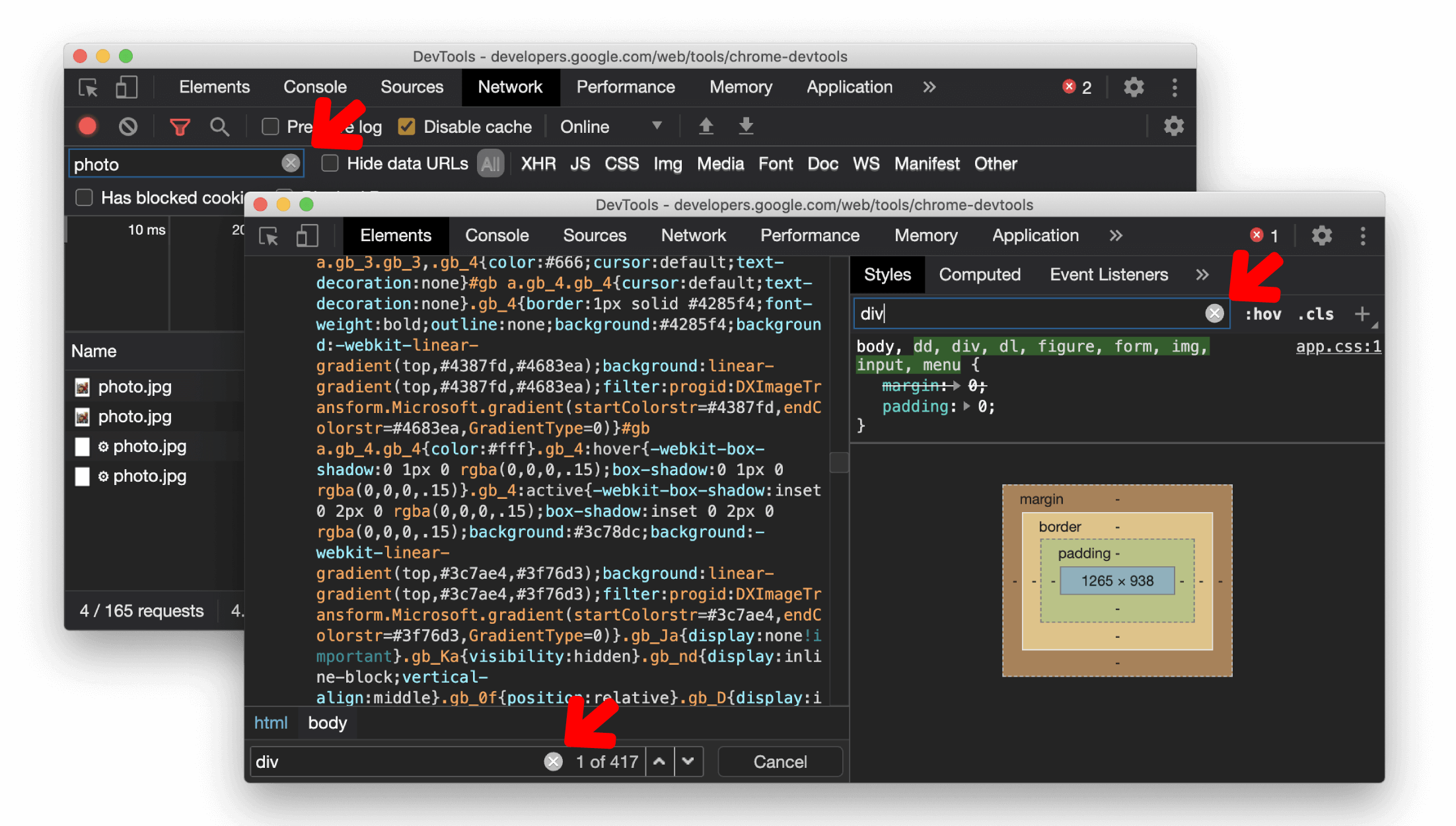