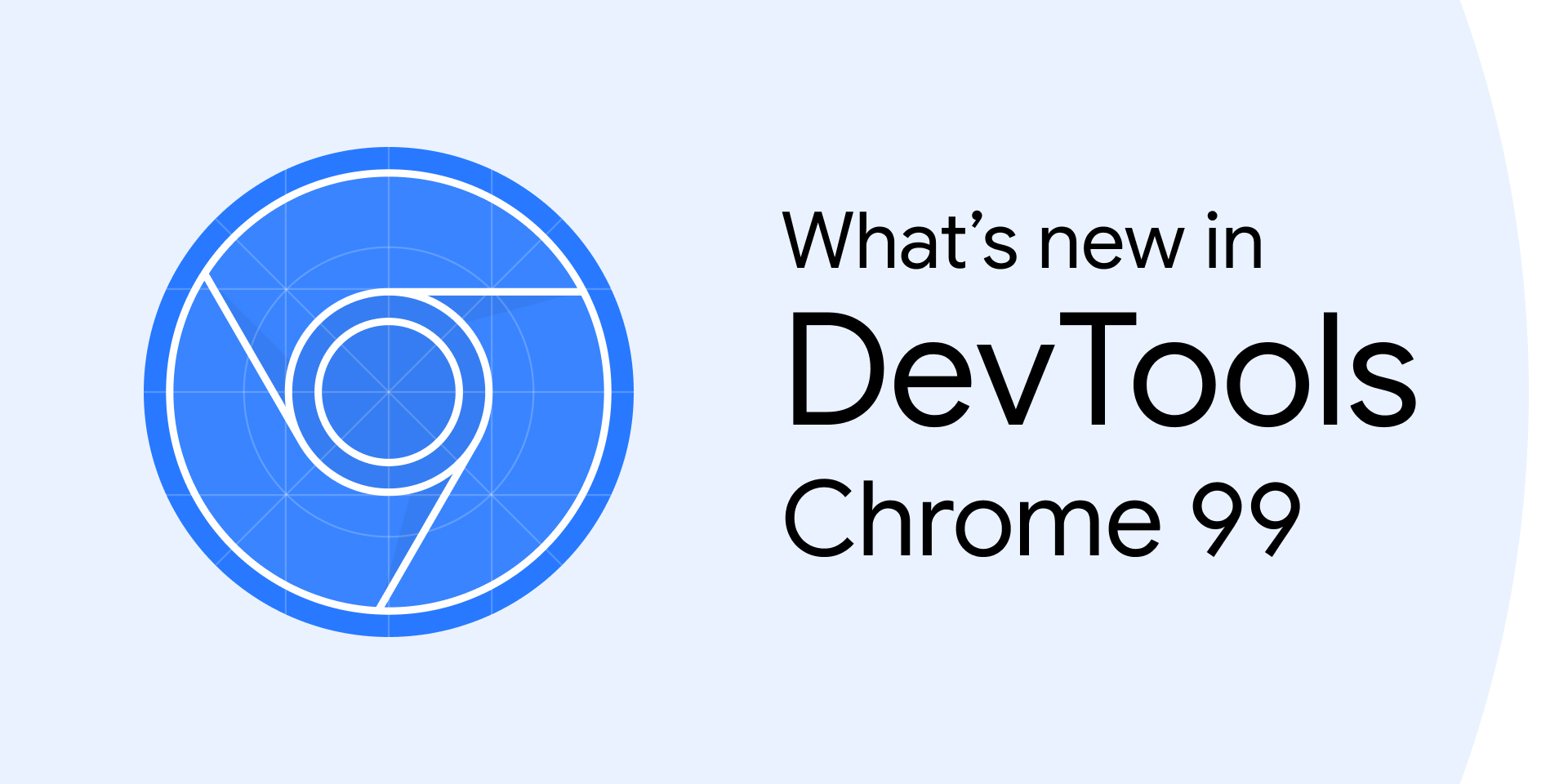 Open the Network panel, click on a web socket request and open the Messages tab to observe the message transfers. Select Slow 3G to throttle the speed. 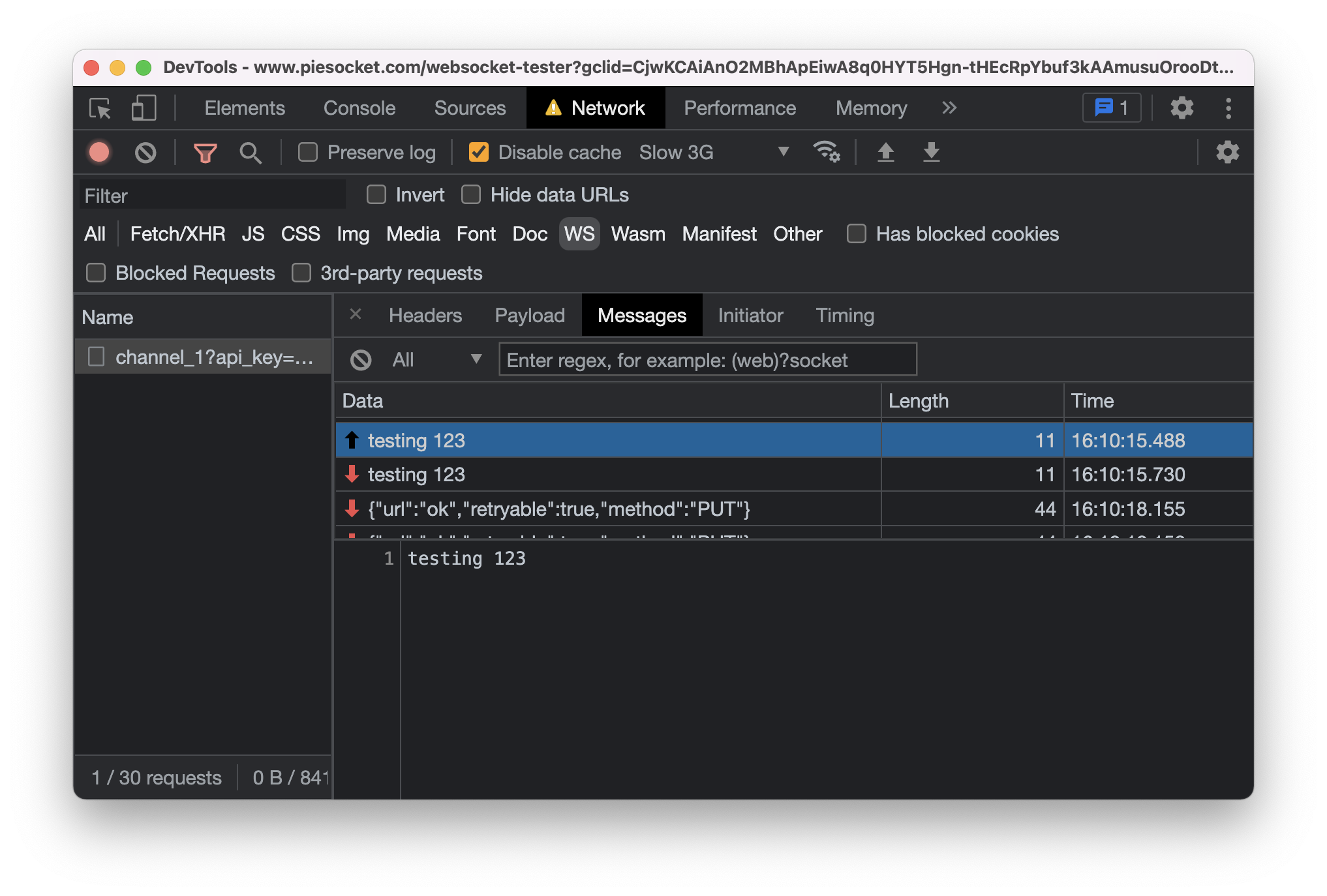 Use the new Reporting API pane to monitor the reports generated on your page and their status.

The Reporting API is designed to help you monitor security violations of your page, deprecated API calls, and more.

The Reports section shows you a list of reports generated on your page and their status. Click on it to view the report’s details.

The Endpoints section gives you an overview of all the endpoints configured in the Reporting-Endpoints header. 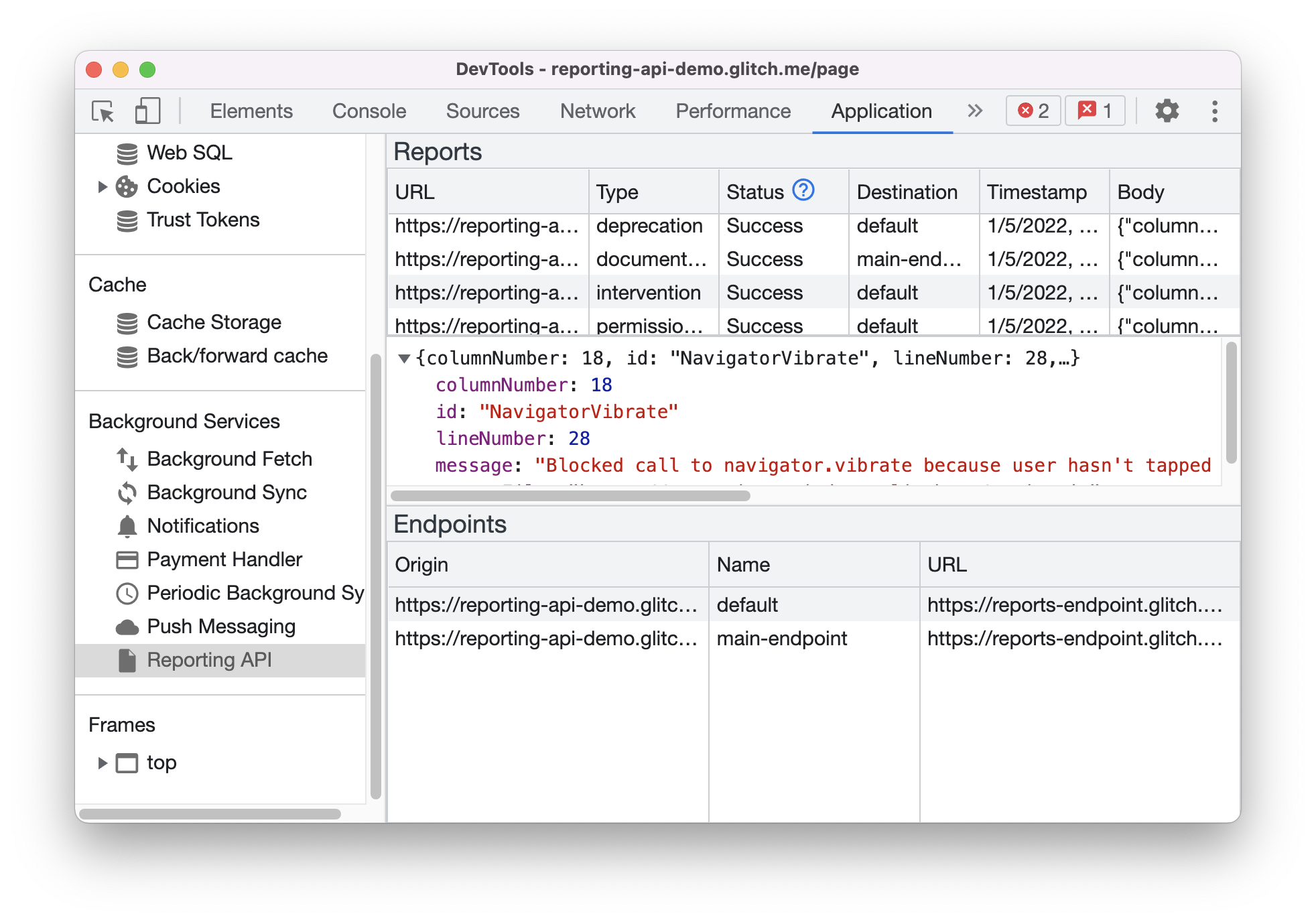 # Support wait until element is visible/clickable in the Recorder panel

Here is an example of an off-screen menu positioned outside of the viewport and slide in when activated. The user flow is to toggle the menu, and click on the menu item. Previously, the replay would fail at the last step, because the menu item is still sliding in and not visible in the viewport yet. It’s fixed now.

It is common for Node.js developers to colorize log messages via ANSI escape sequences, often with the help of some styling libraries like chalk, colors, ansi-colors, kleur, etc.

With these changes, you can now debug your Node.js applications seamlessly using DevTools, with proper colorized console messages. Open this demo to view it yourself!

To learn more about formatting & styling console messages with DevTools, go to format and style messages in the Console documentation. 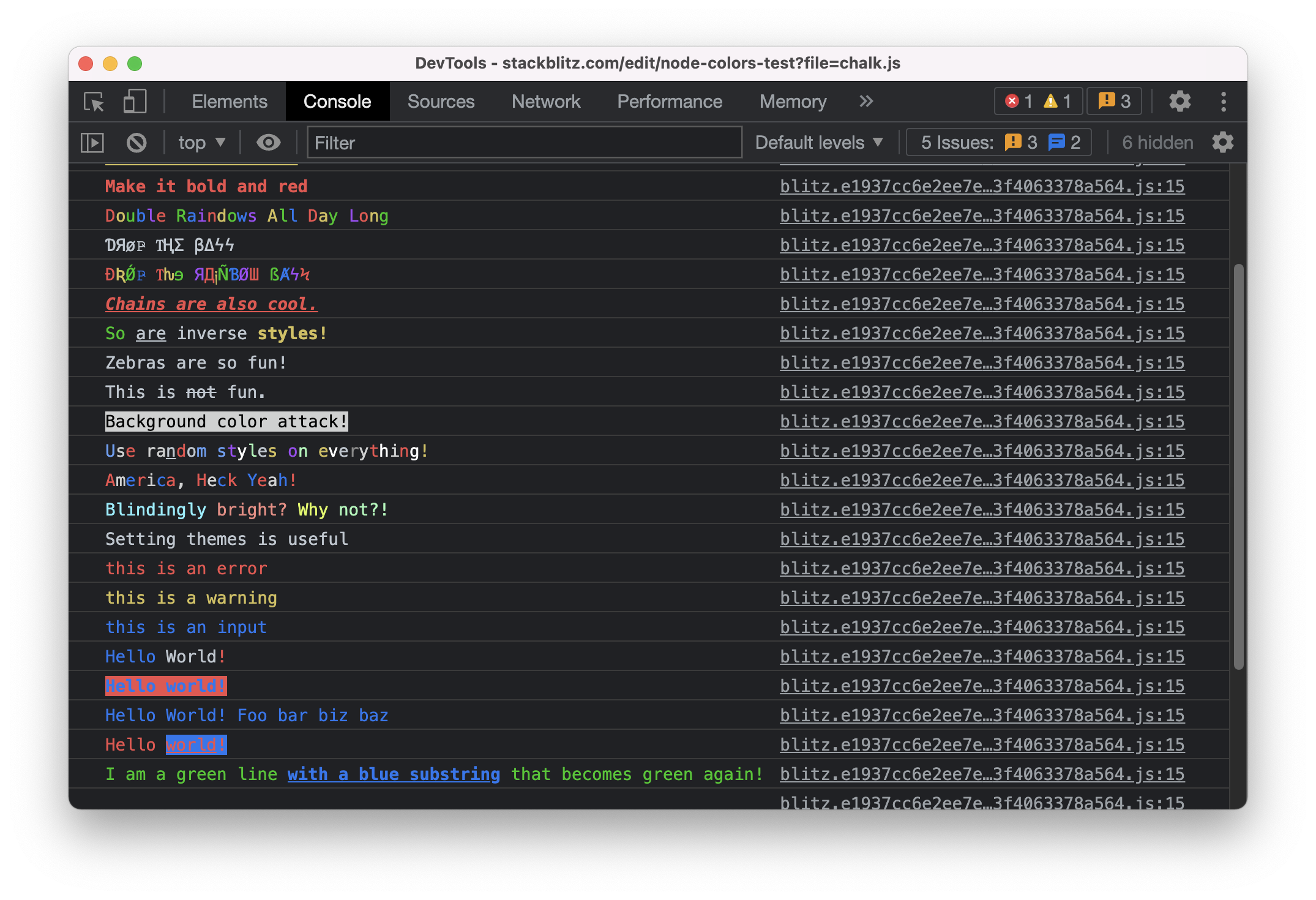 The Console now properly performs the %s, %d, %i, and %f type conversions as specified in the Console Standard. Previously, the conversation result was inconsistent. 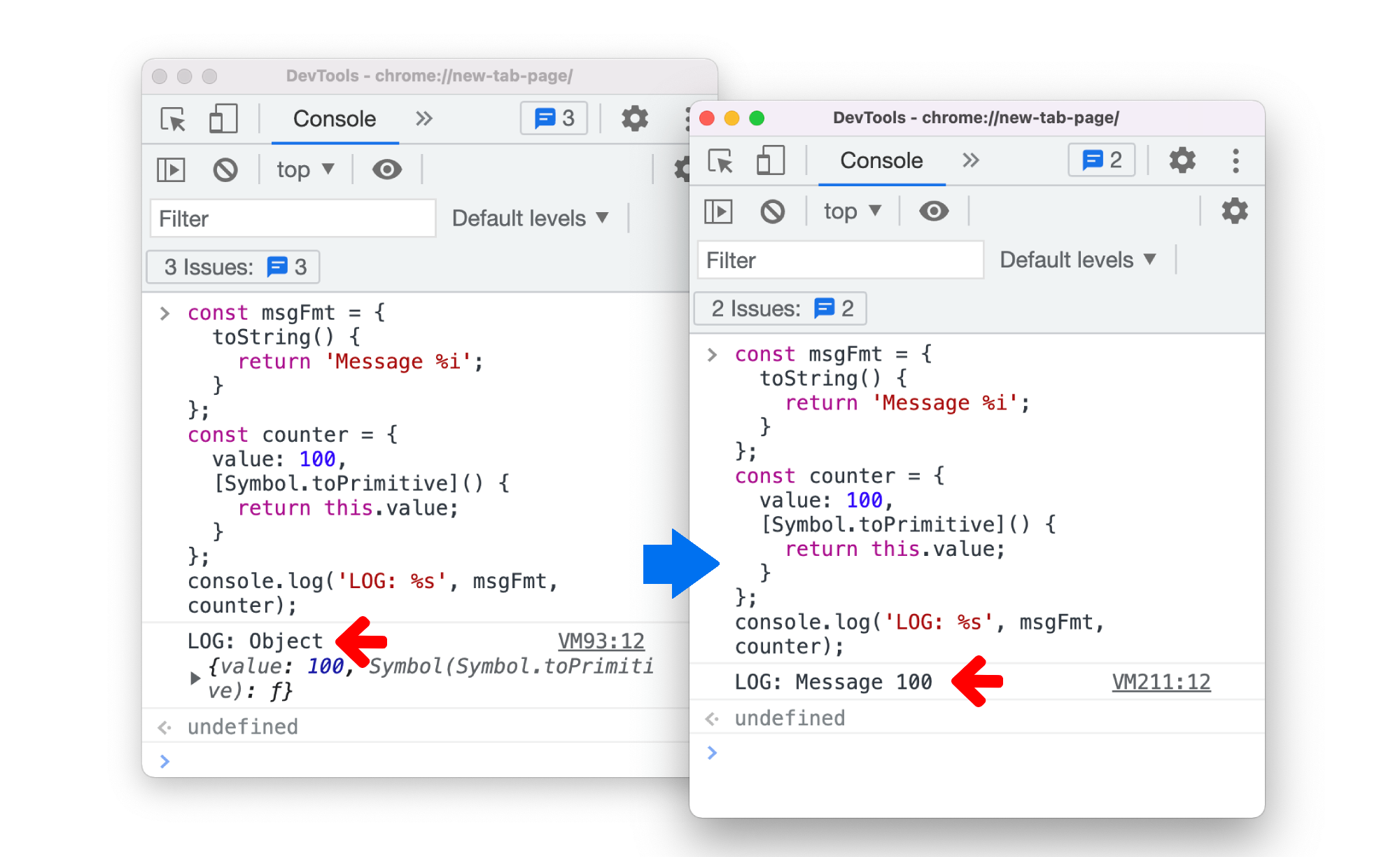 In addition, if a console message is shown, the group (or the ancestor group) it belongs to is now shown as well. 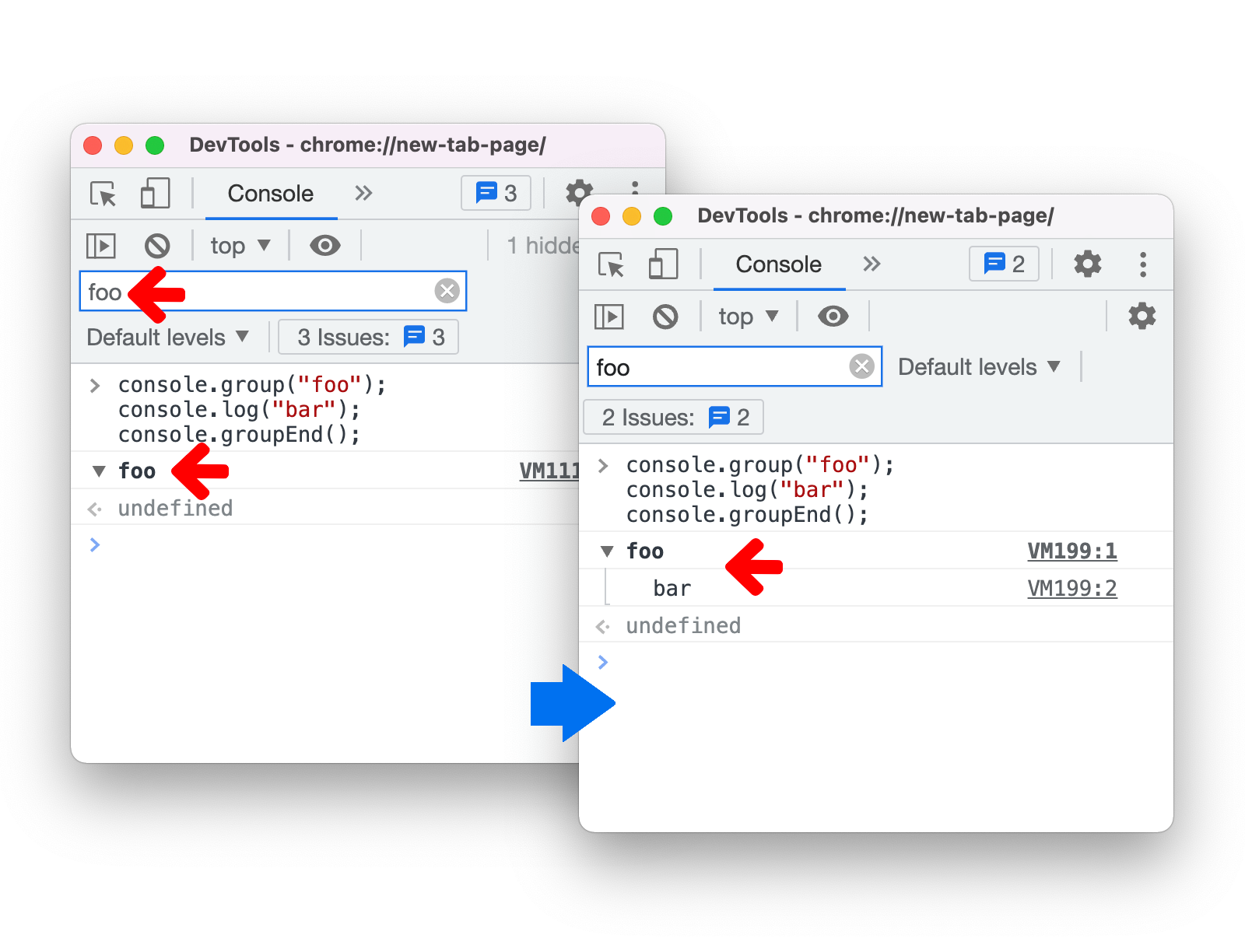 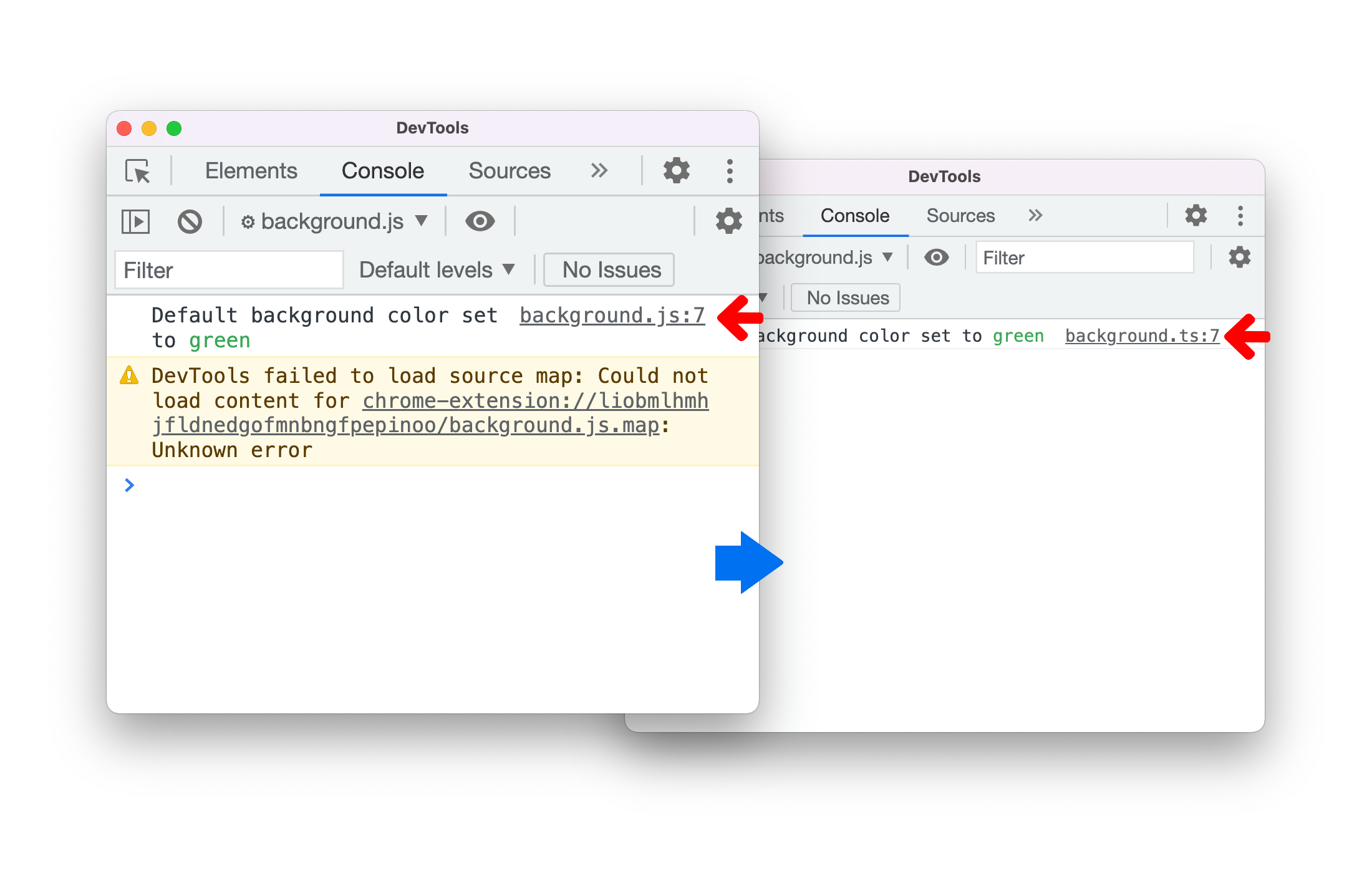 The source folder tree in the Sources panel is now improved with less clutter in the folder structures and naming (e.g. “../”, “./”, etc). Under the hood, this is the result of normalizing the absolute source URLs in the sourcemaps. 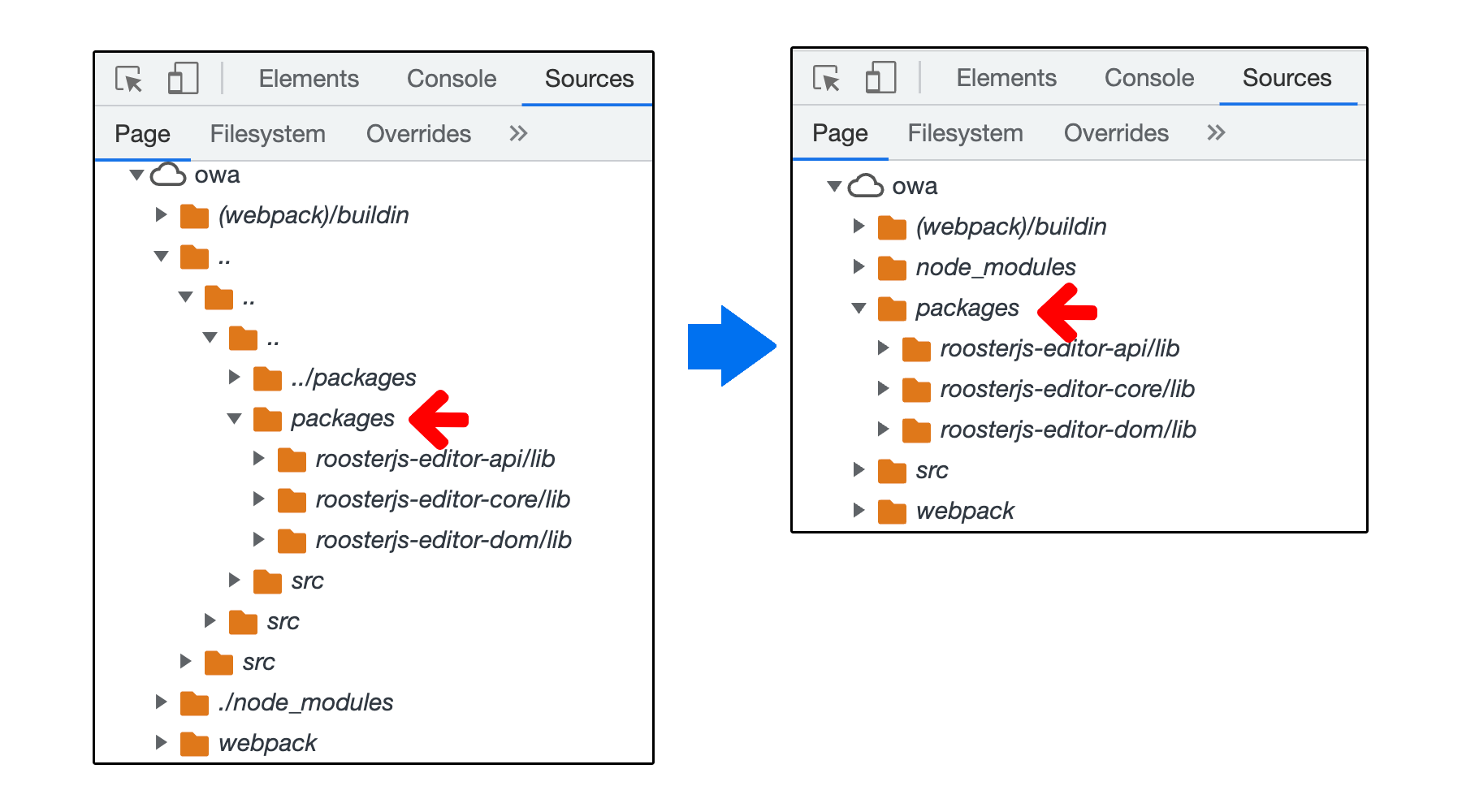 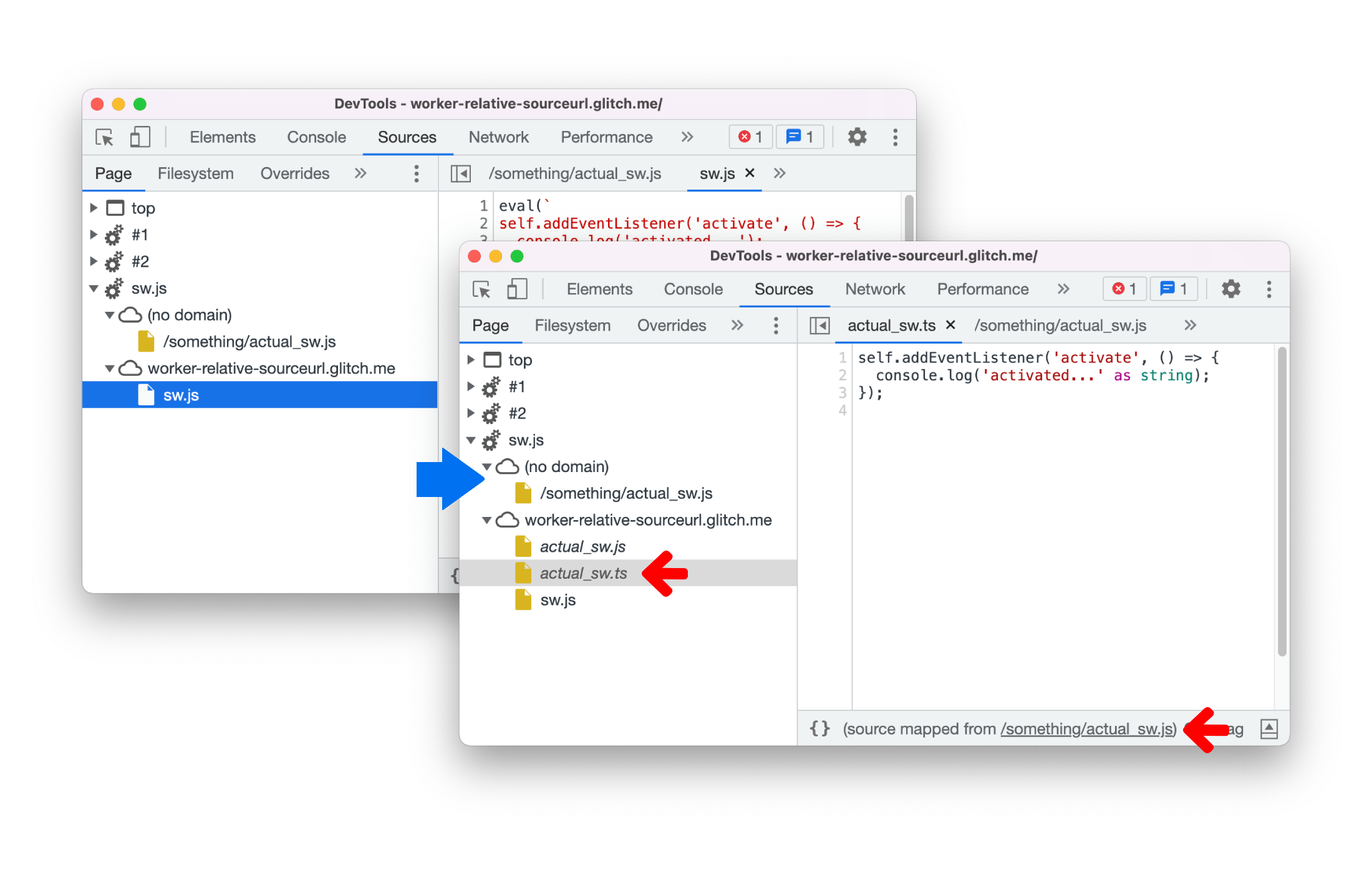 The Auto Dark Theme emulation UI is now simplified. It is a checkbox now, it was a dropdown previously.

Chrome 96 introduces an Origin Trial for Auto Dark Theme on Android. With this feature, the browser applies an automatically generated dark theme to light themed sites, when the user has opted into dark themes in the Operating System. 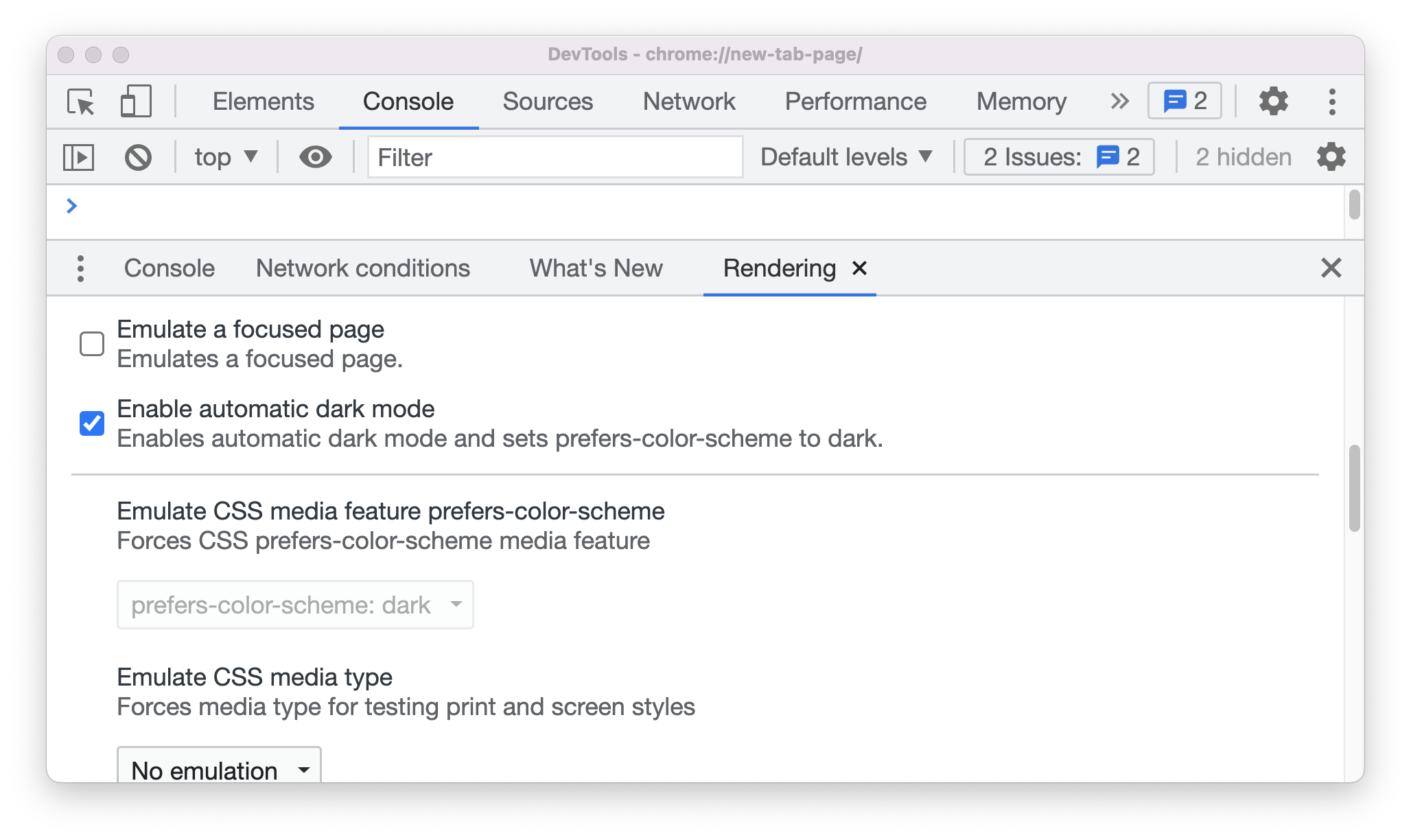 You can now select color, and resize the Drawer in DevTools with fingers or stylus on touchscreen devices.

Here is an example captured with the Google Pixelbook device touchscreen.