Run commands in the Command Menu

The Command Menu provides a fast way to navigate the Chrome DevTools UI and accomplish common tasks, such as disabling JavaScript. You may be familiar with a similar feature in Visual Studio Code called the Command Palette, which was the original inspiration for the Command Menu. 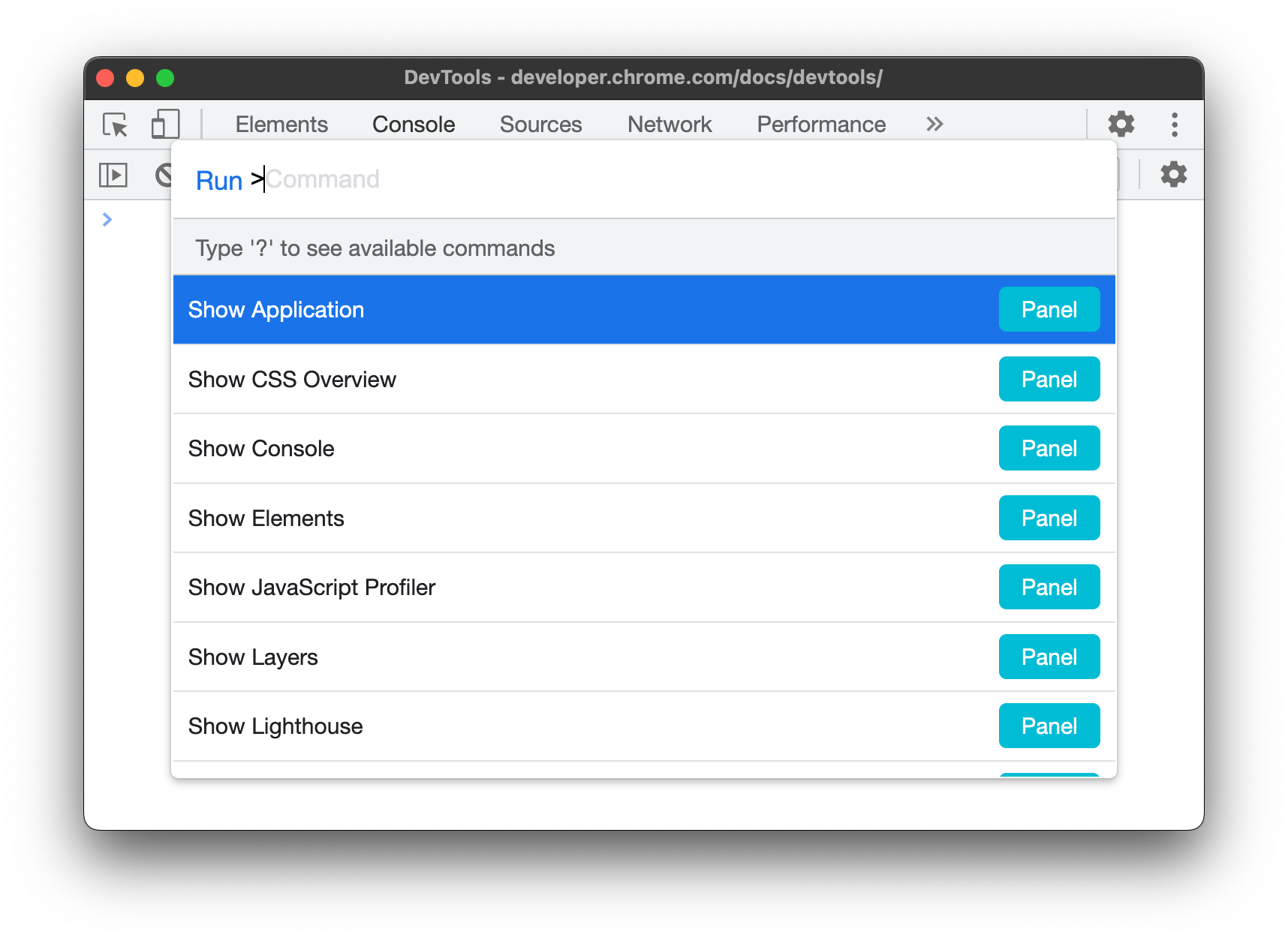 To open the Command Menu: 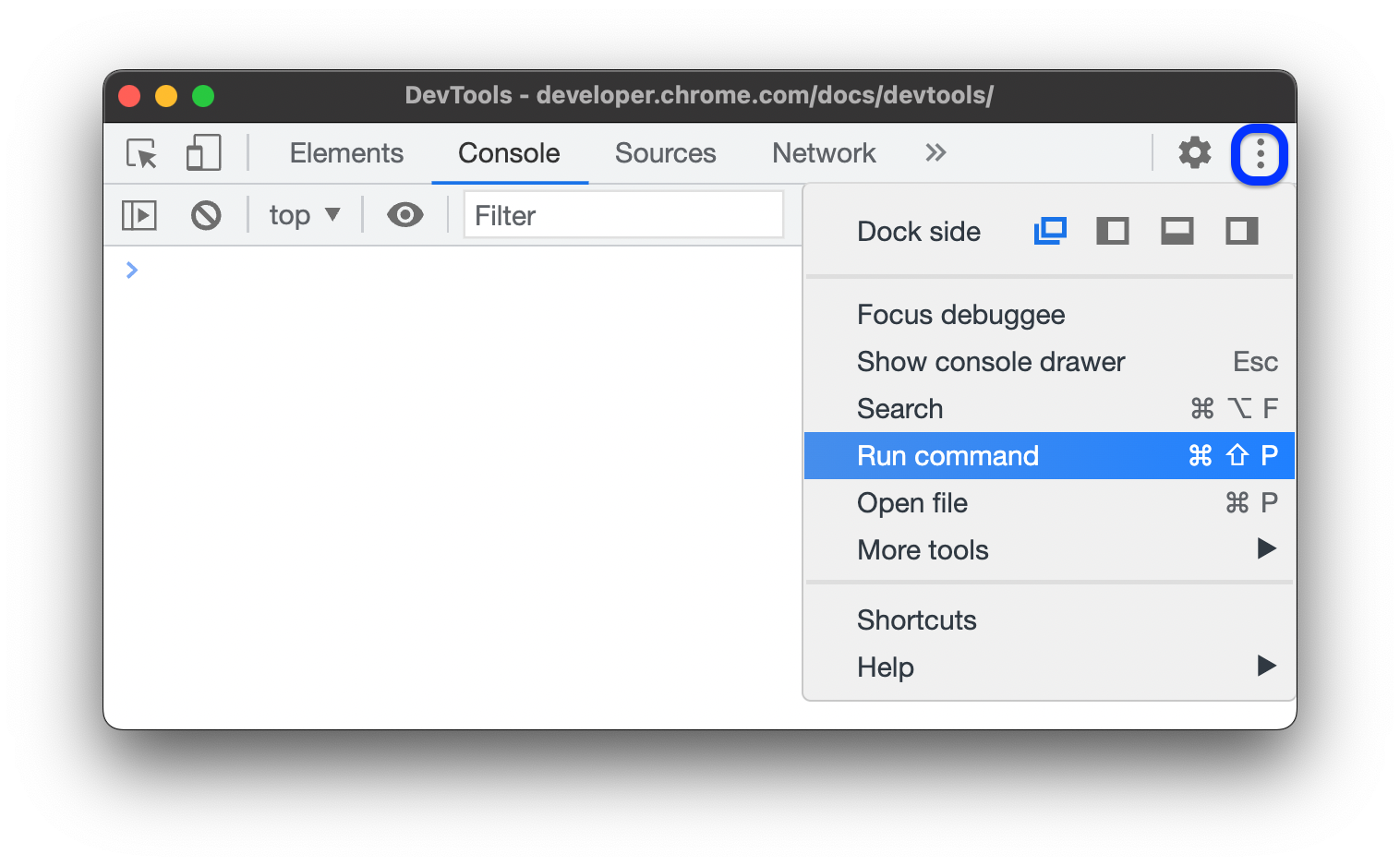 To open a file instead, delete the > character and start typing a file name. 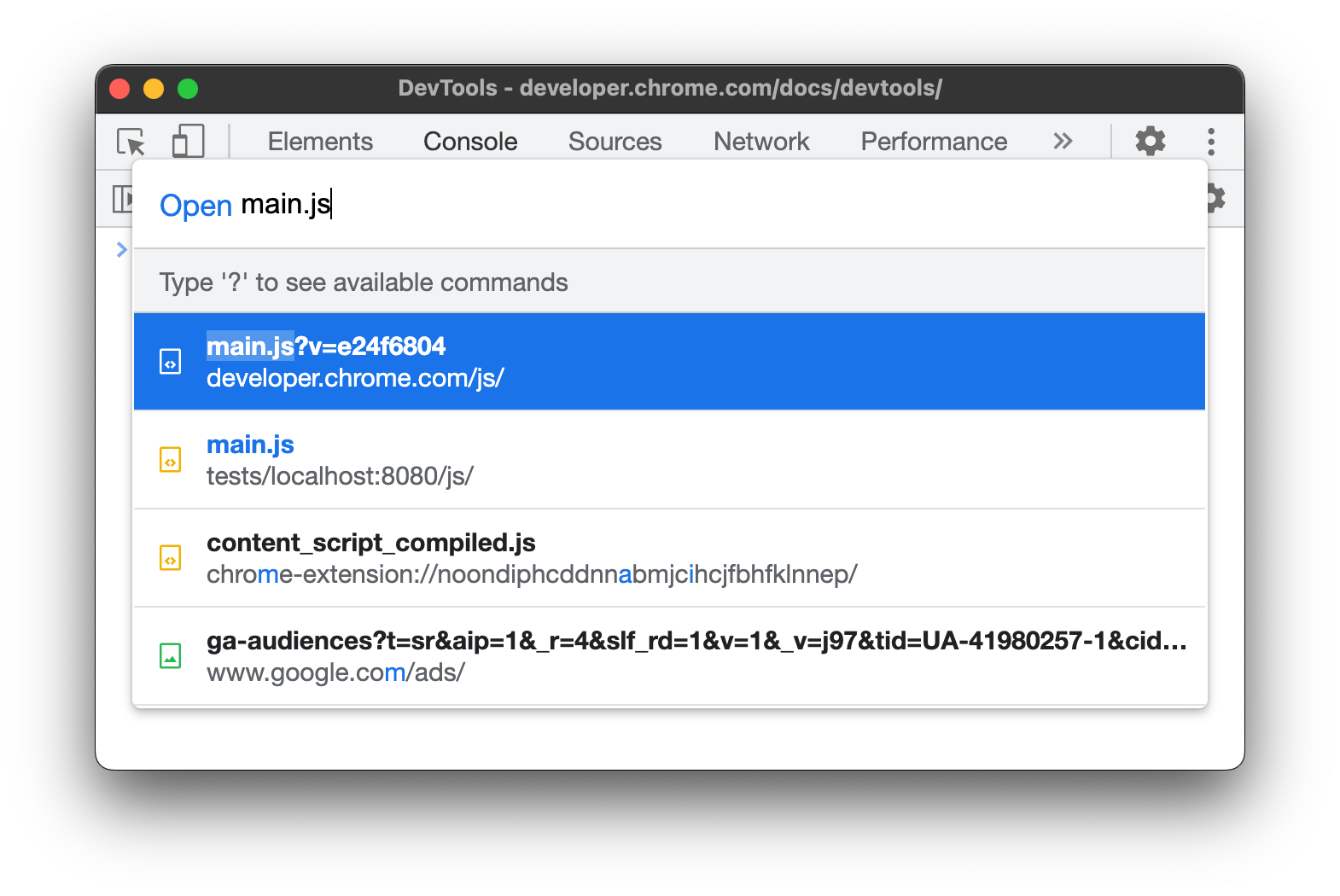 The Run prepend changes to Open and DevTools searches for relevant files instead.

Alternatively, you can go straight to the Open File menu in one of the following ways:

By default, DevTools hides the files of known third-parties. To open such files from the menu, disable the Hide ignore-listed sources option in the Sources panel.

To see other actions available from the Command Menu, delete the > character and type ?. 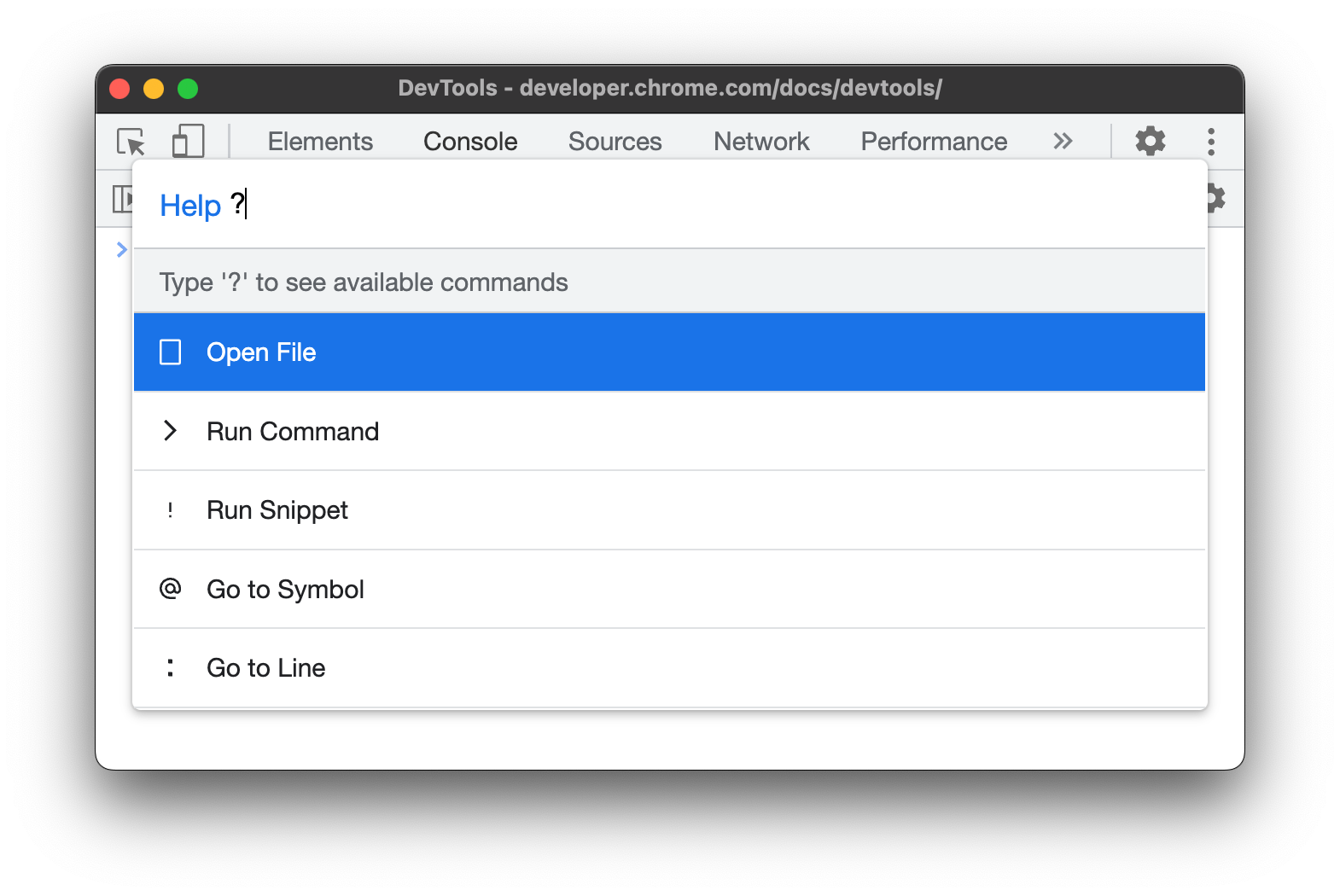