Use the Sensors tab to emulate sensor input of any device:

To emulate a viewport of a mobile device and throttle the network and CPU, see Device Mode.

Many websites take advantage of user location in order to provide a more relevant experience for their users. For example, a weather website might show the local forecast for a user's area, once the user has granted the website permission to access their location.

If you're building a UI that changes depending on where the user is located, you probably want to make sure that the site behaves correctly in different places around the world.

To override your geolocation, open the Sensors tab and, from the Geolocation list select one of the following: 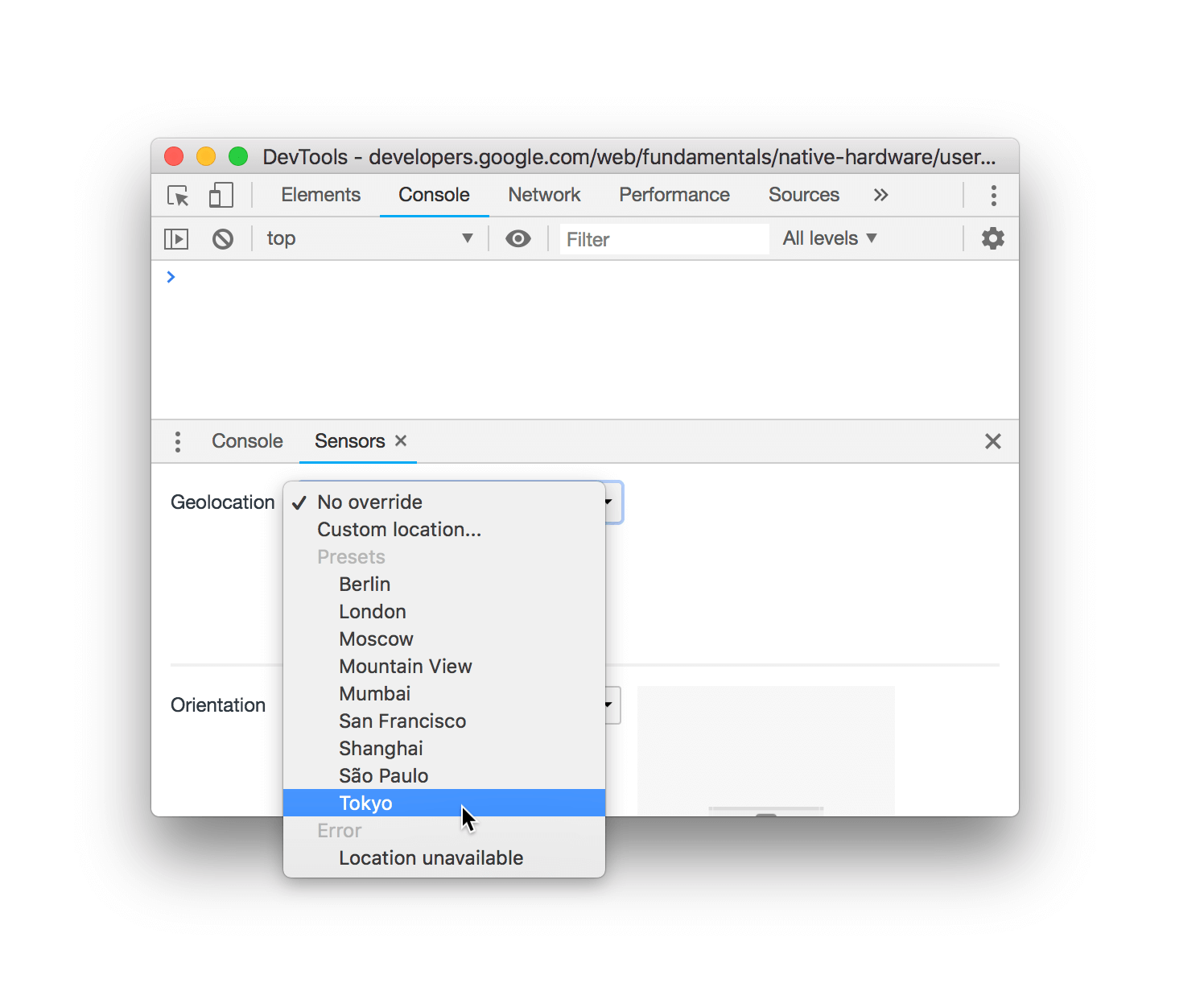 To simulate different device orientations, open the Sensors tab, and, from the Orientation list, select one of the following: 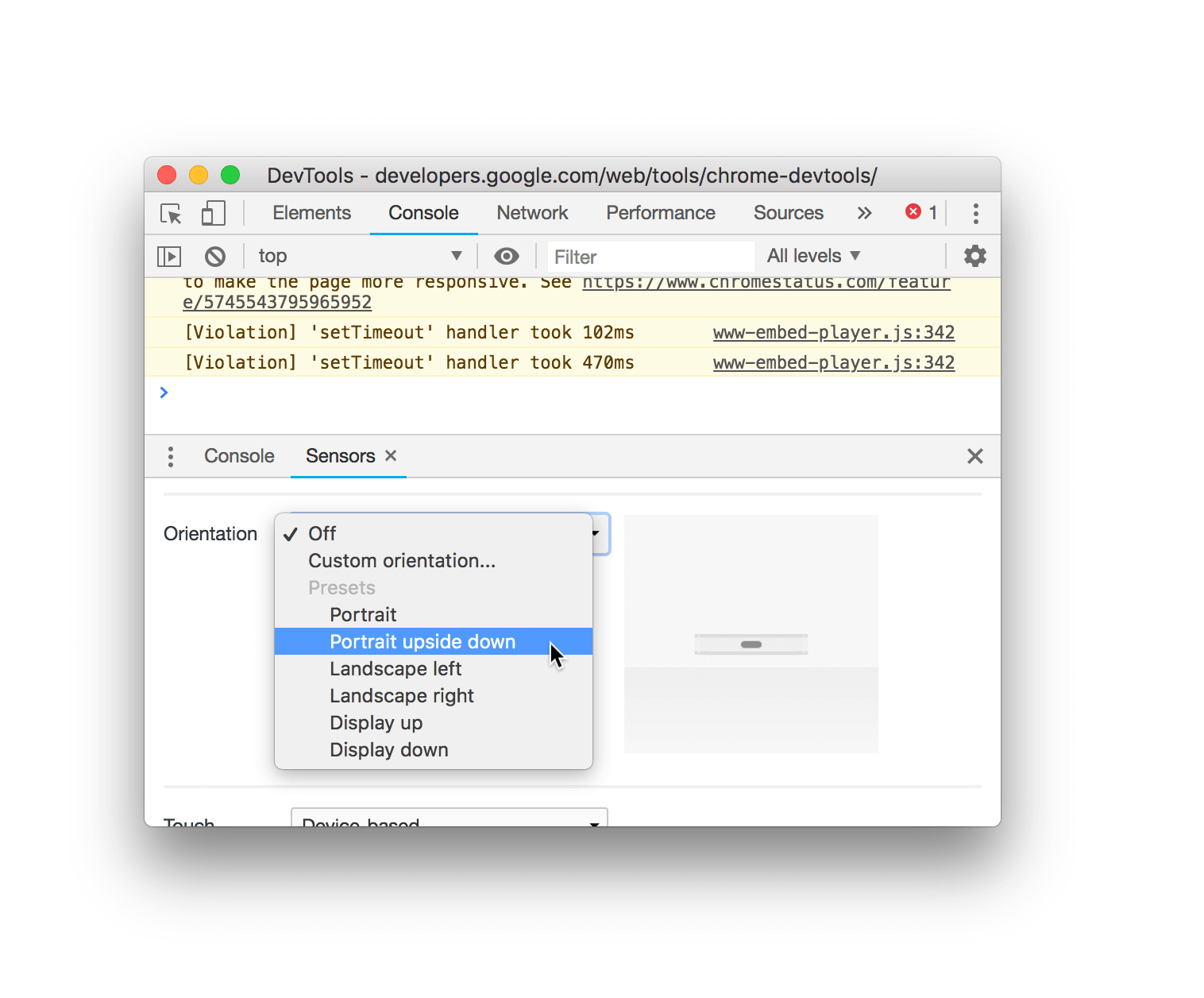 After selecting Custom orientation the alpha, beta, and gamma fields are enabled. See Alpha, Beta, and Gamma to understand how these axes work.

You can also set a custom orientation by dragging the Orientation Model. Hold Shift before dragging to rotate along the alpha axis. 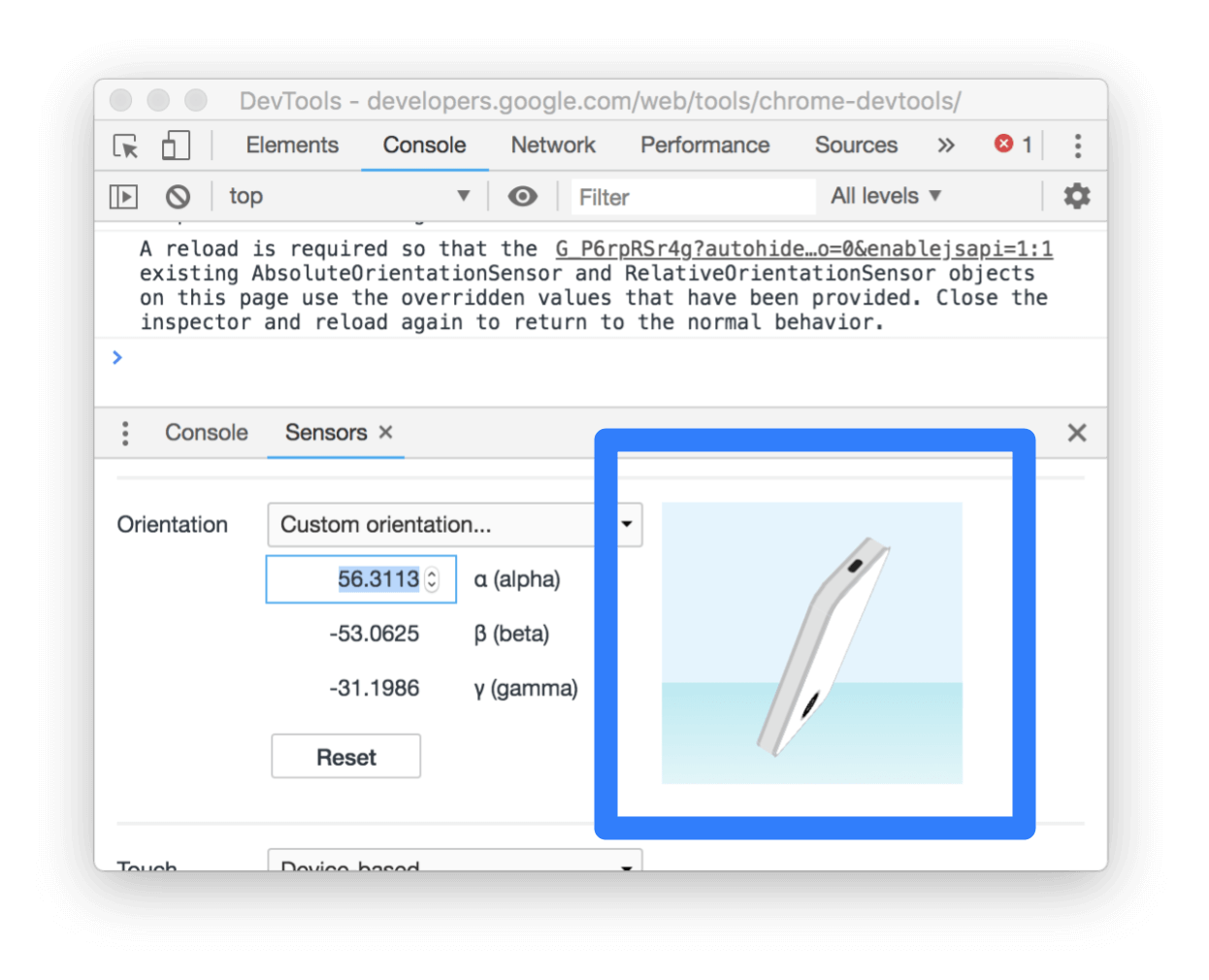 To test touch events on your website, you can force touch instead of click even if you're testing on a device without a touch screen.

To trigger touch events with your pointer:

In this example, DevTools emulates an User idle, screen locked state and, in this case, the demo page starts the 10 second countdown to clear the canvas.