Inspect and modify animations with the Chrome DevTools Animation Inspector. 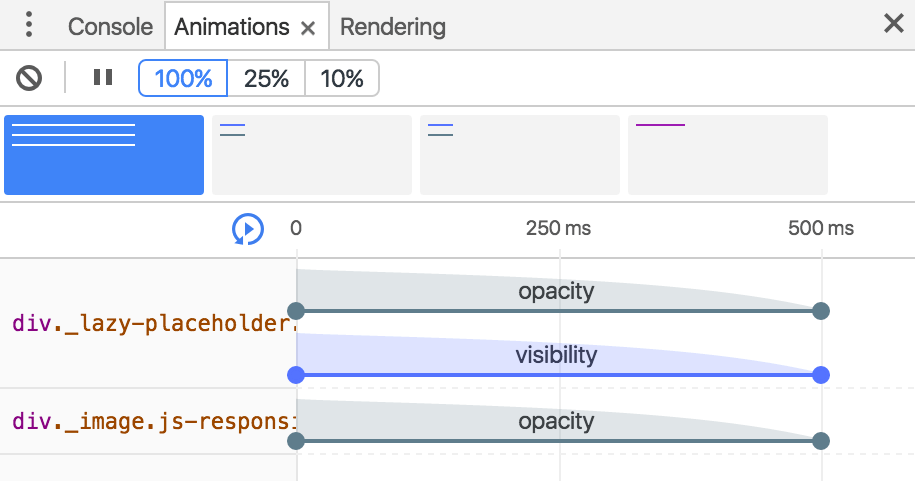 An animation group is a group of animations that appear to be related to each other. Currently, the web has no real concept of a group animation, so motion designers and developers have to compose and time individual animations so that they appear to be one coherent visual effect. The Animation Inspector predicts which animations are related based on start time (excluding delays, and so on) and groups them all side-by-side. In other words, a set of animations all triggered in the same script block are grouped together, but if they're asynchronous then they're grouped separately.

There are two ways to open the Animation Inspector:

The Animation Inspector opens up as a tab next to the Console Drawer. Since it's a Drawer tab, you can use it from any DevTools panel. 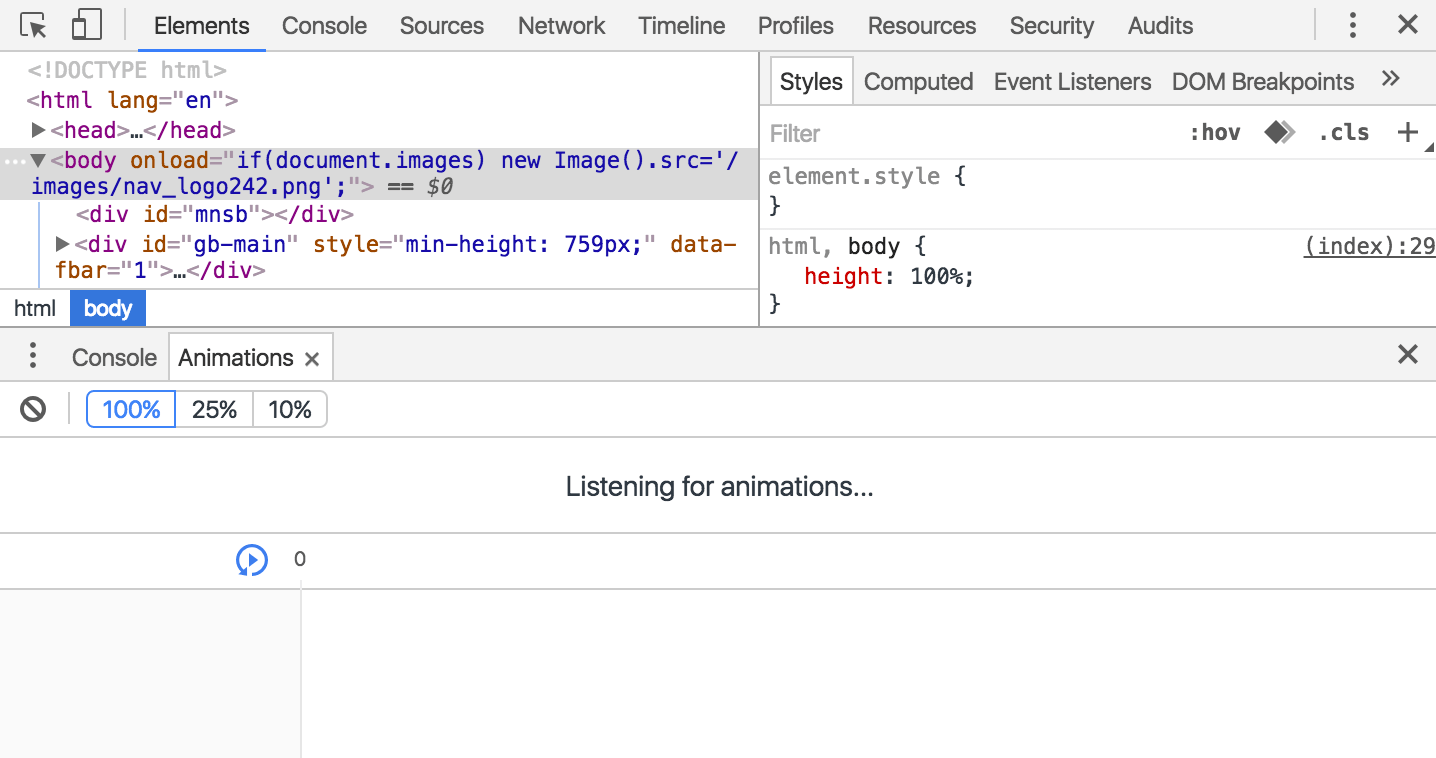 The Animation Inspector is grouped into four main sections (or panes). This guide refers to each pane as follows: 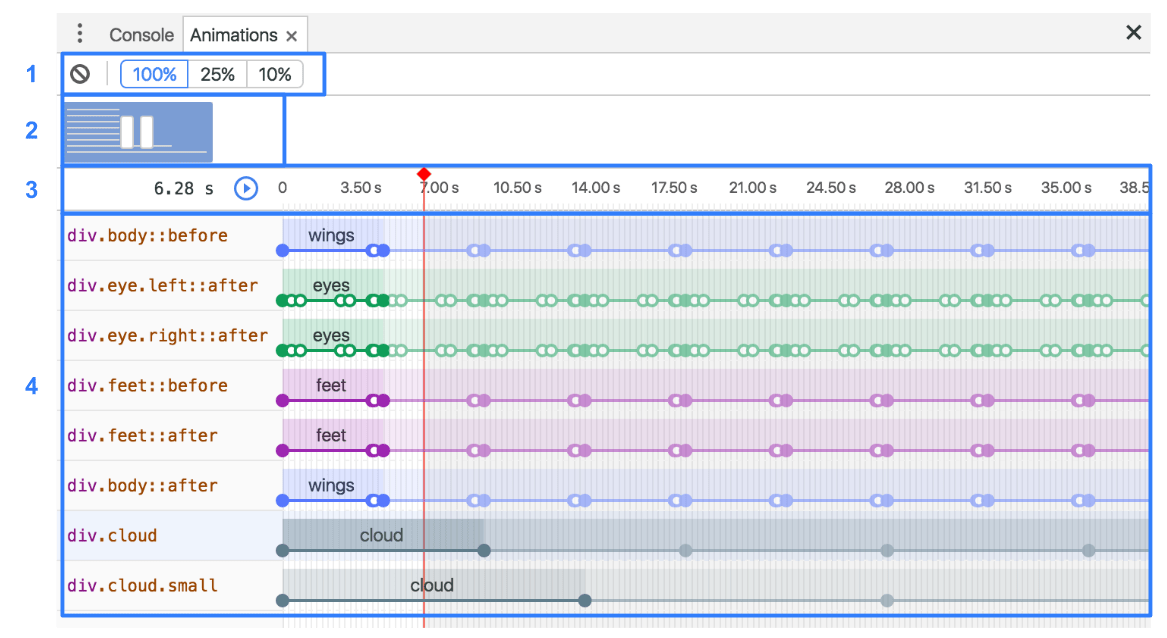 Once you've captured an animation, there are a few ways to replay it:

Once you've captured an Animation Group, click on it from the Overview pane to view its details. In the Details pane each individual animation gets its own row. 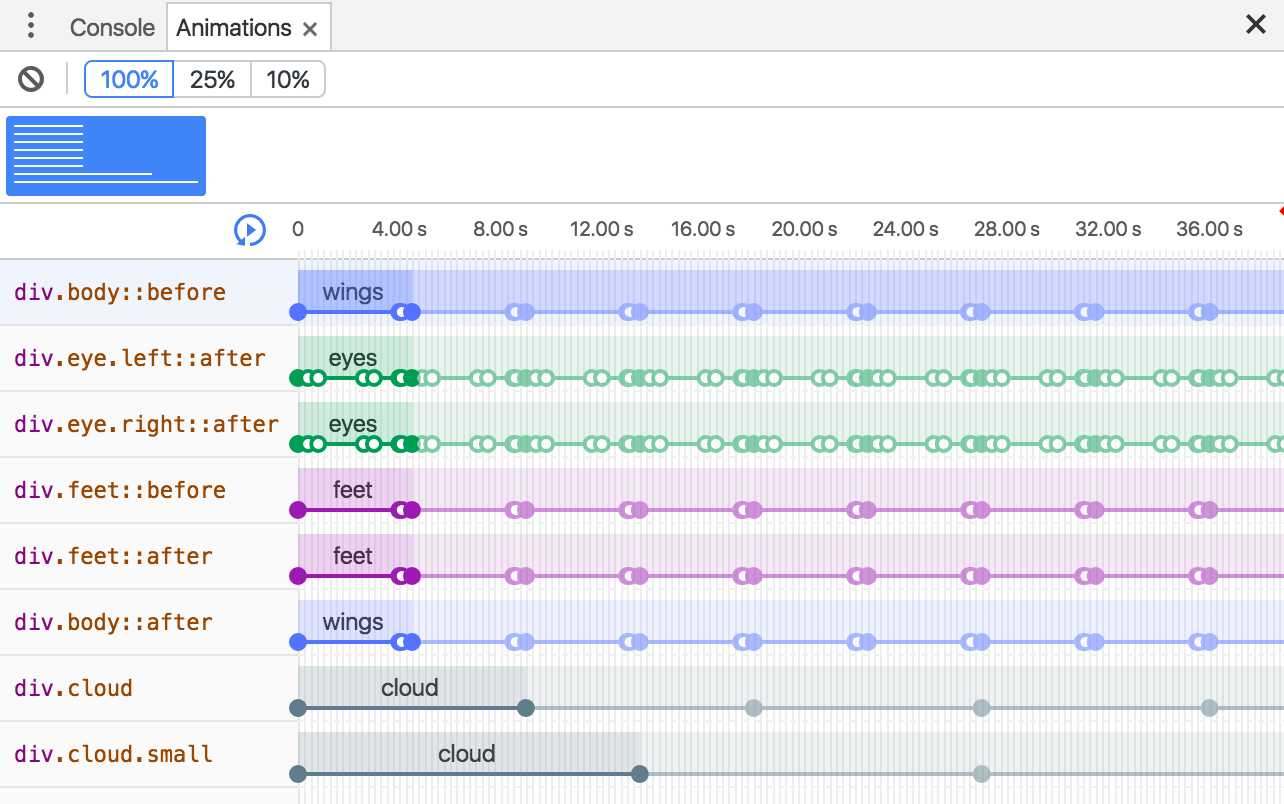 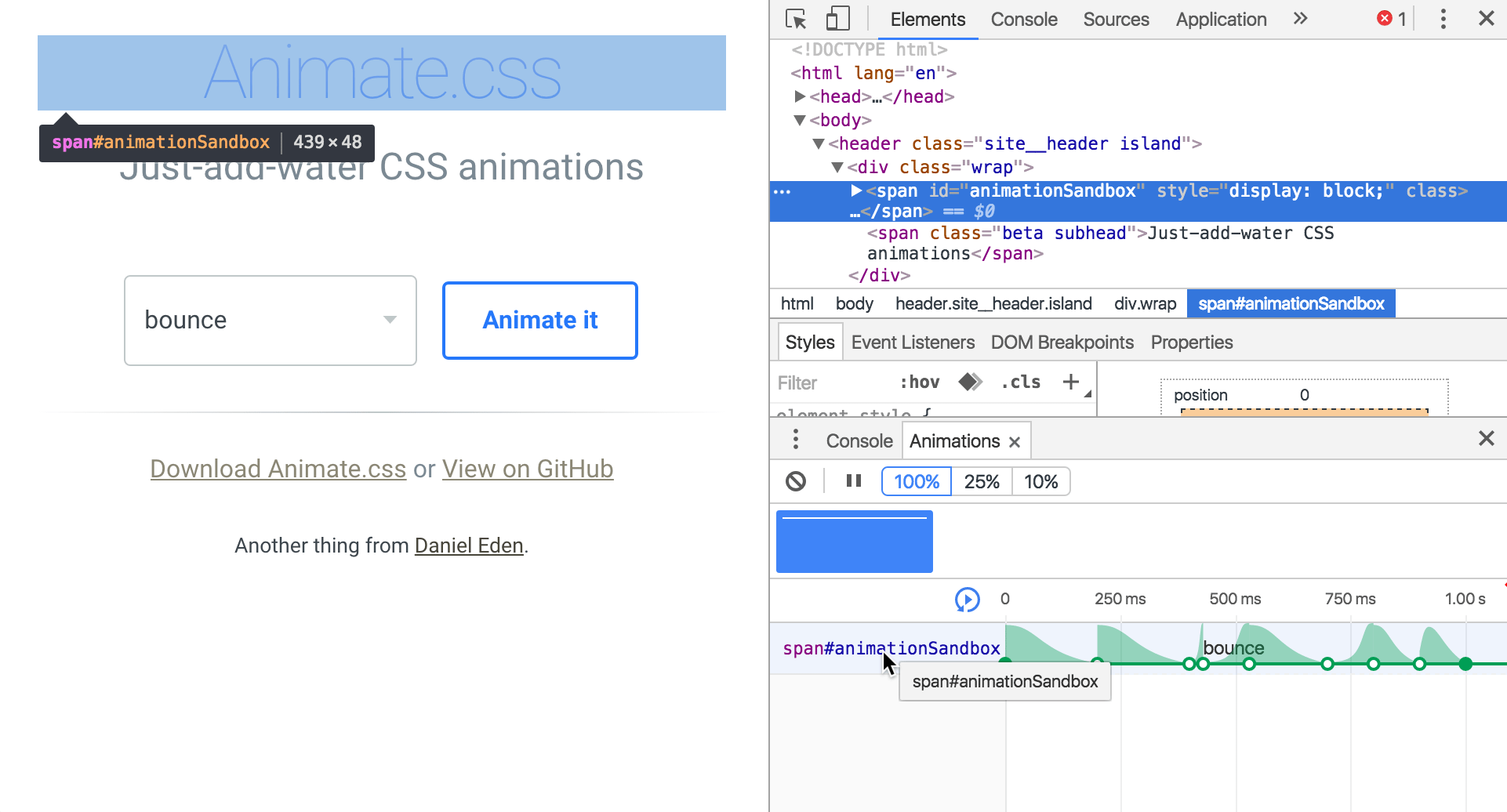 The leftmost, darker section of an animation is its definition. The right, more faded section represents iterations. For example, in the screenshot below, sections two and three represent iterations of section one.

If two elements have the same animation applied to them, the Animation Inspector assigns them the same color. The color itself is random and has no significance. For example, in the screenshot below the two elements div.eye.left::after and div.eye.right::after have the same animation (eyes) applied to them, as do the div.feet::before and div.feet::after elements. 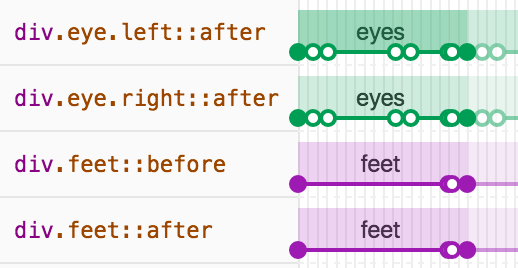 There are three ways you can modify an animation with the Animation Inspector:

For this section suppose that the screenshot below represents the original animation: 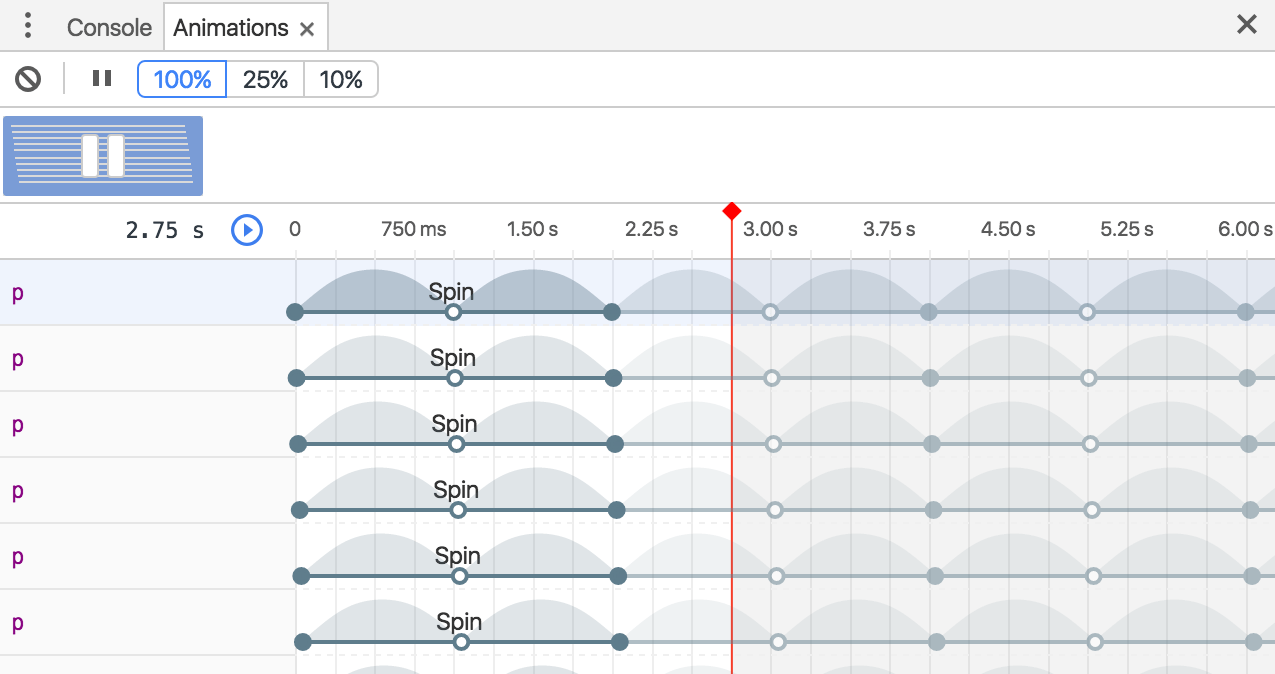 To change the duration of an animation, click and drag the first or last circle. 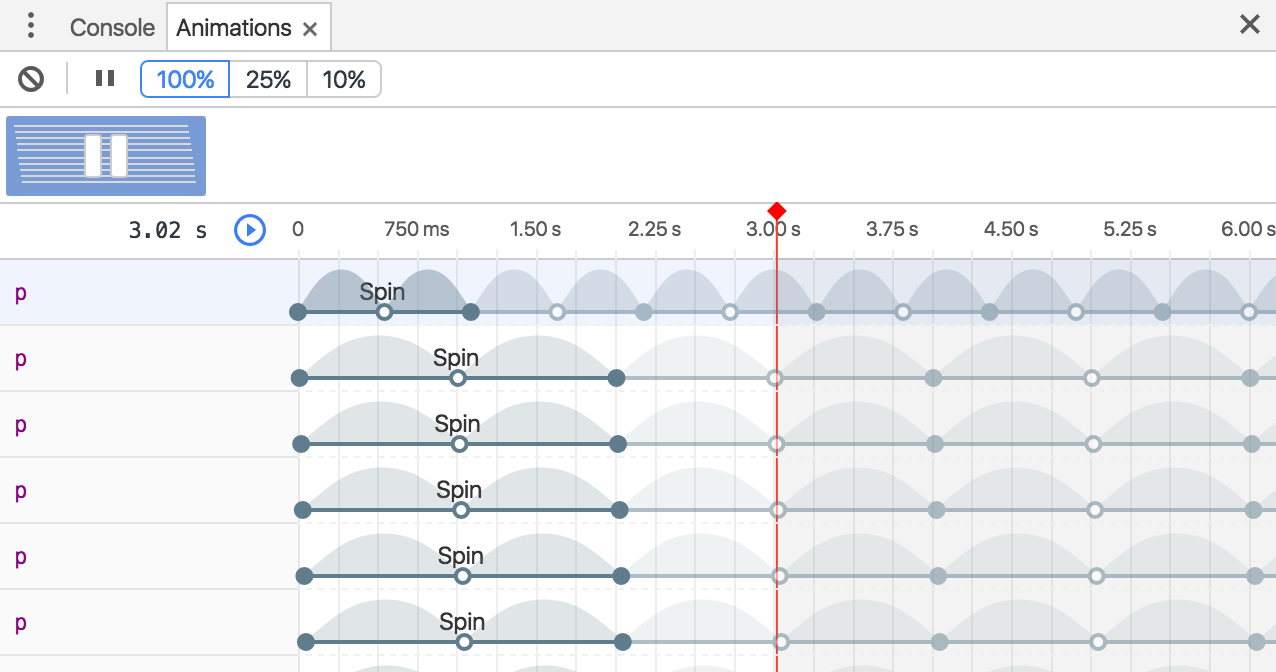 If the animation defines any keyframe rules, then these are represented as white inner circles. Click and drag one of these to change the timing of the keyframe. 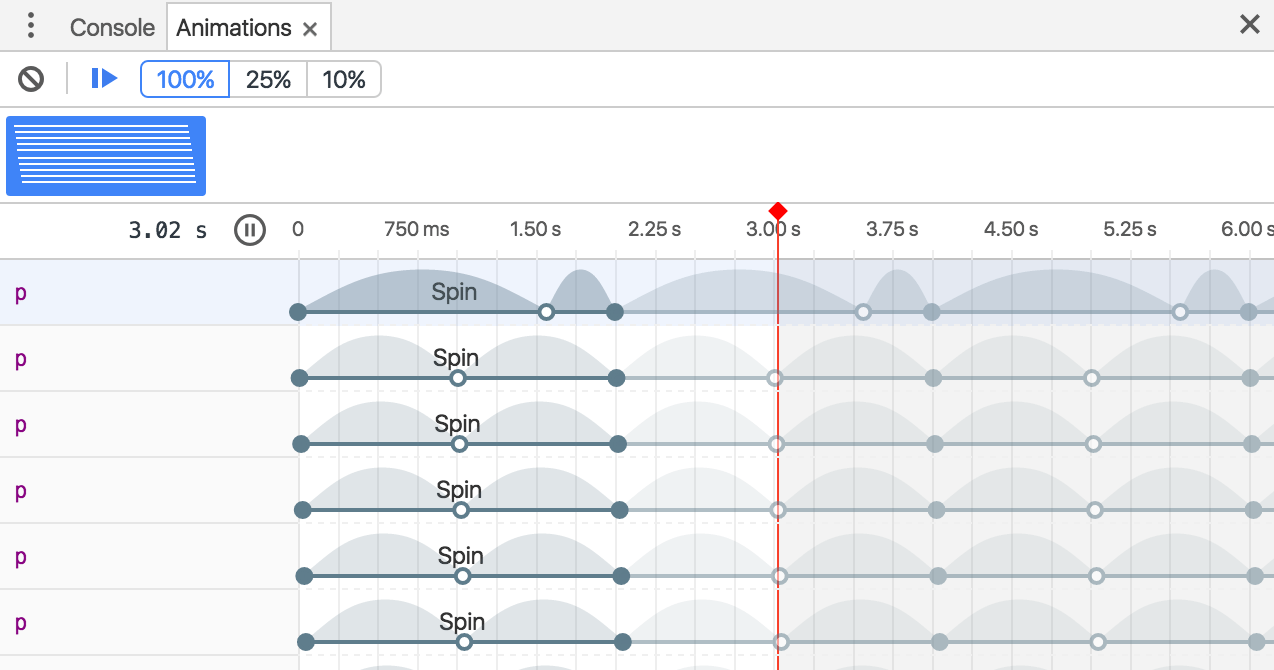 To add a delay to an animation, click and drag it anywhere except the circles. 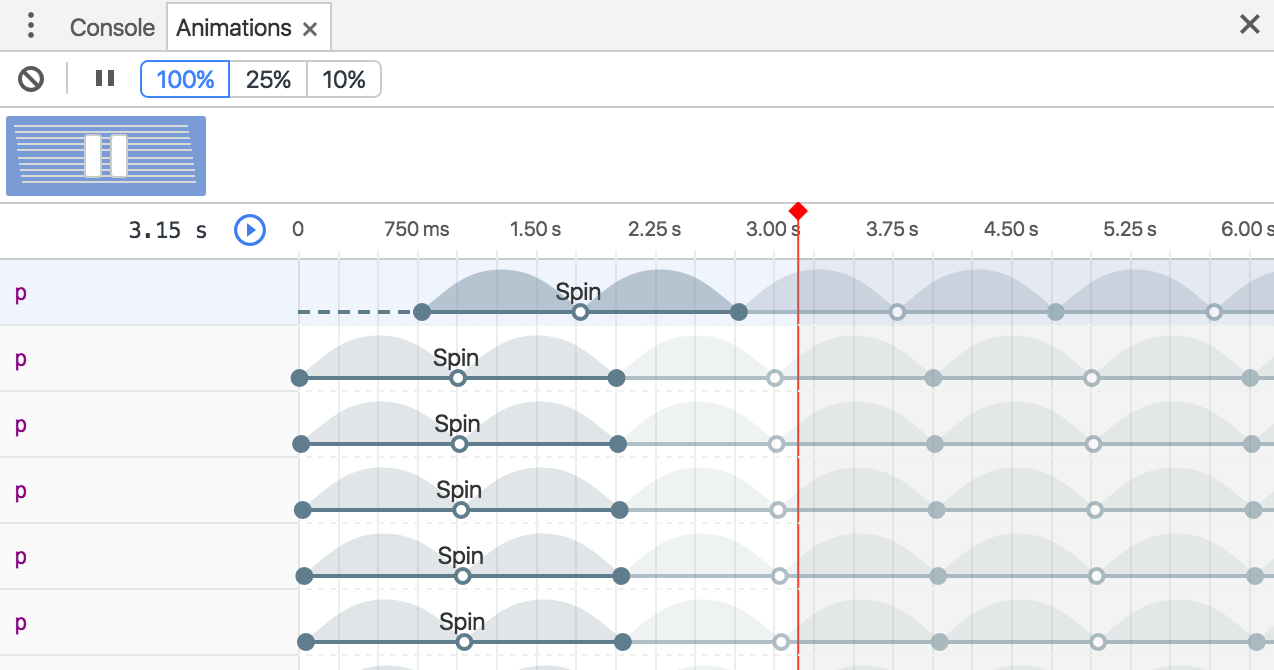